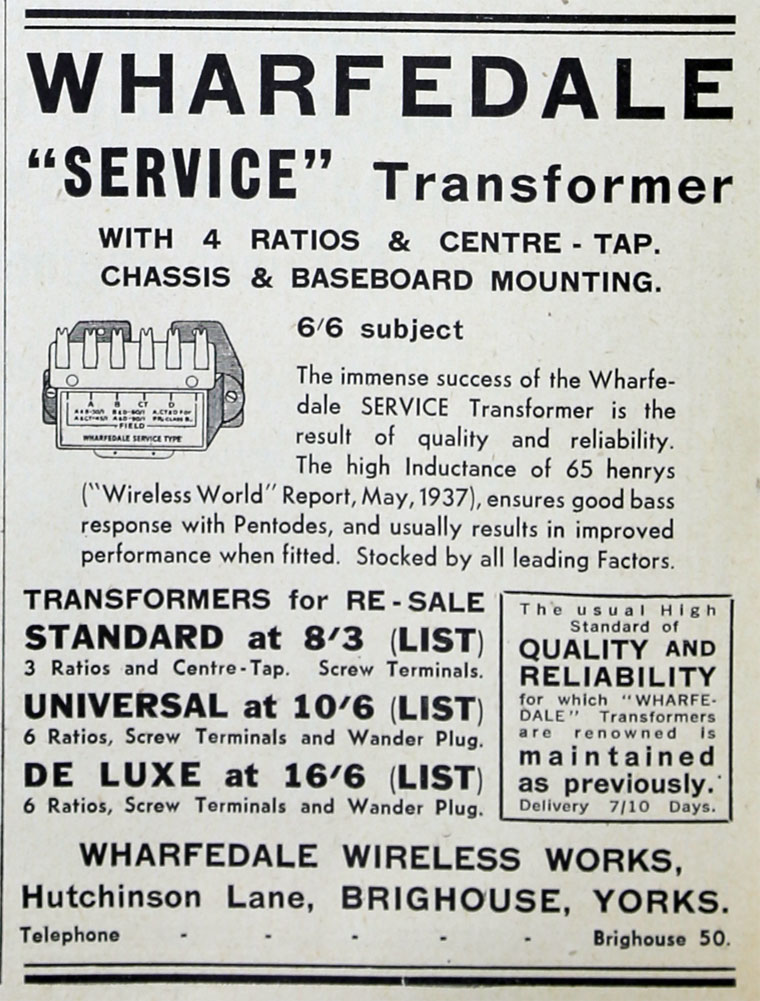 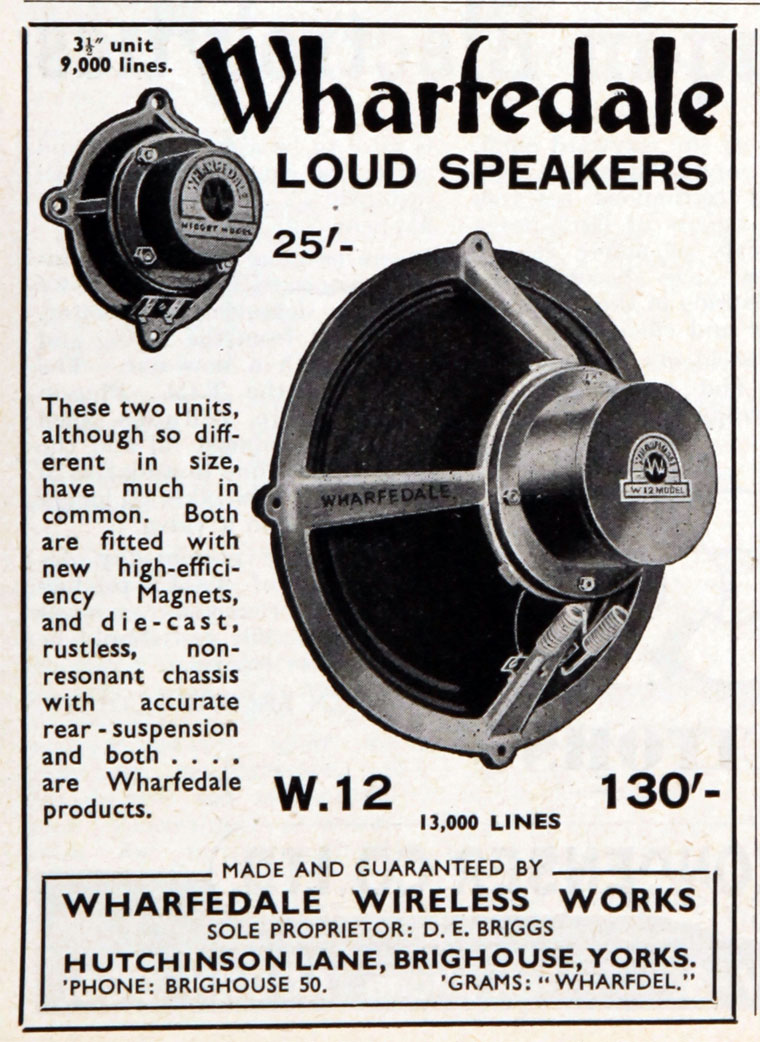 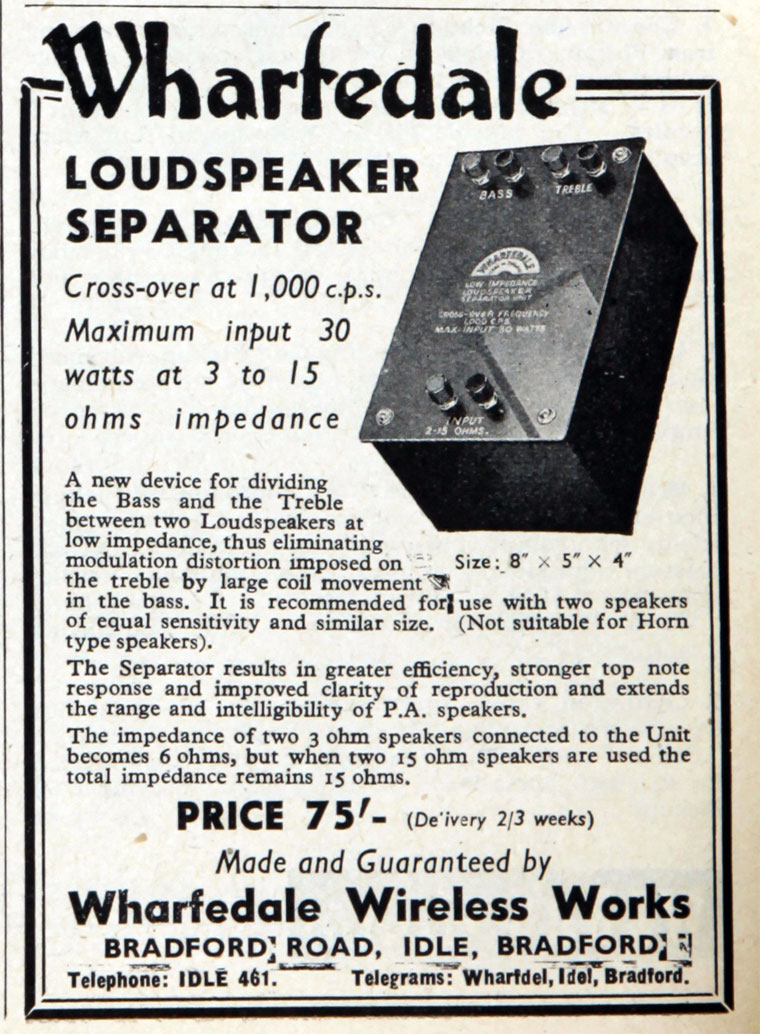 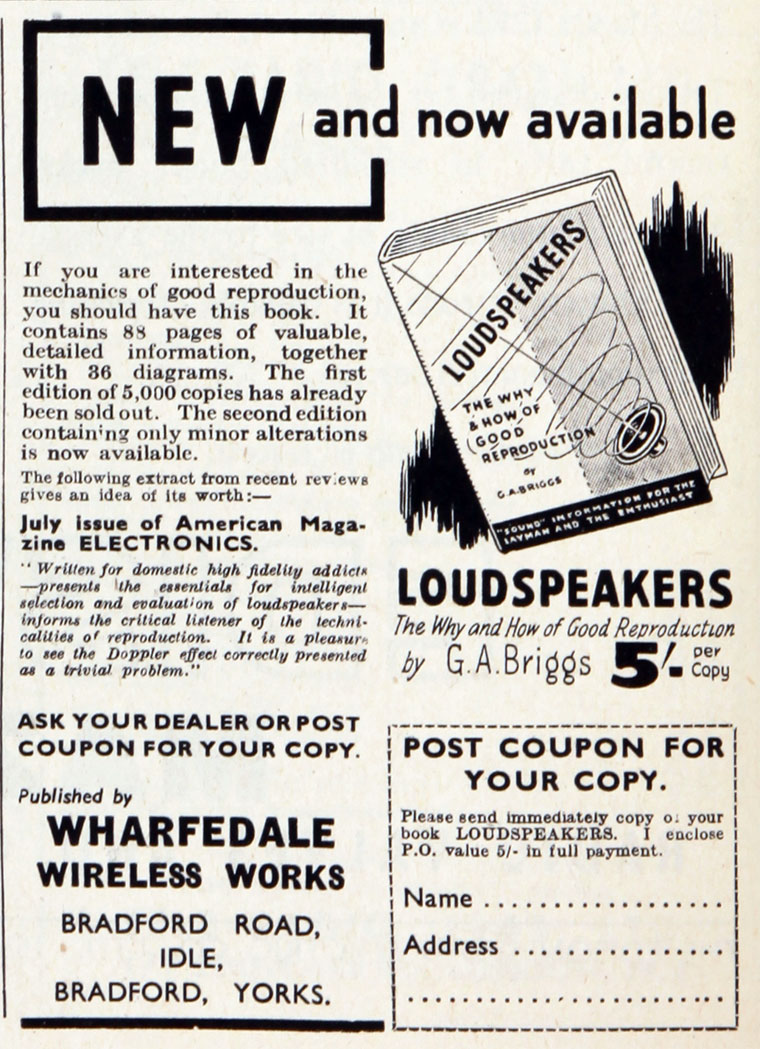 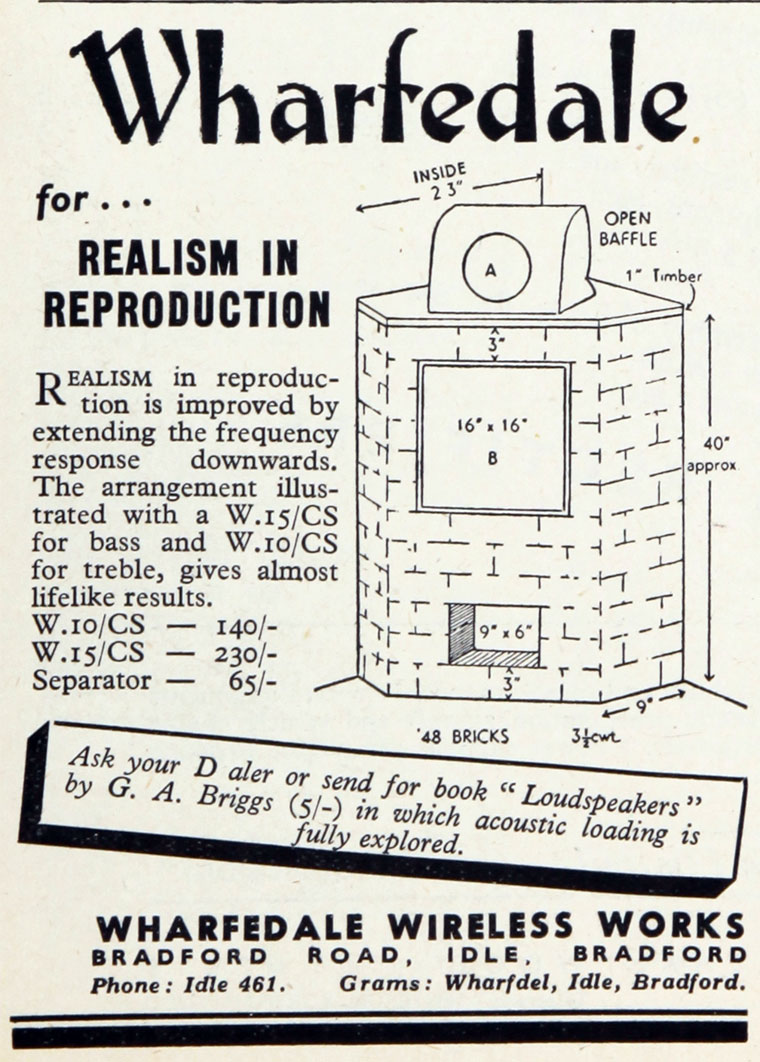 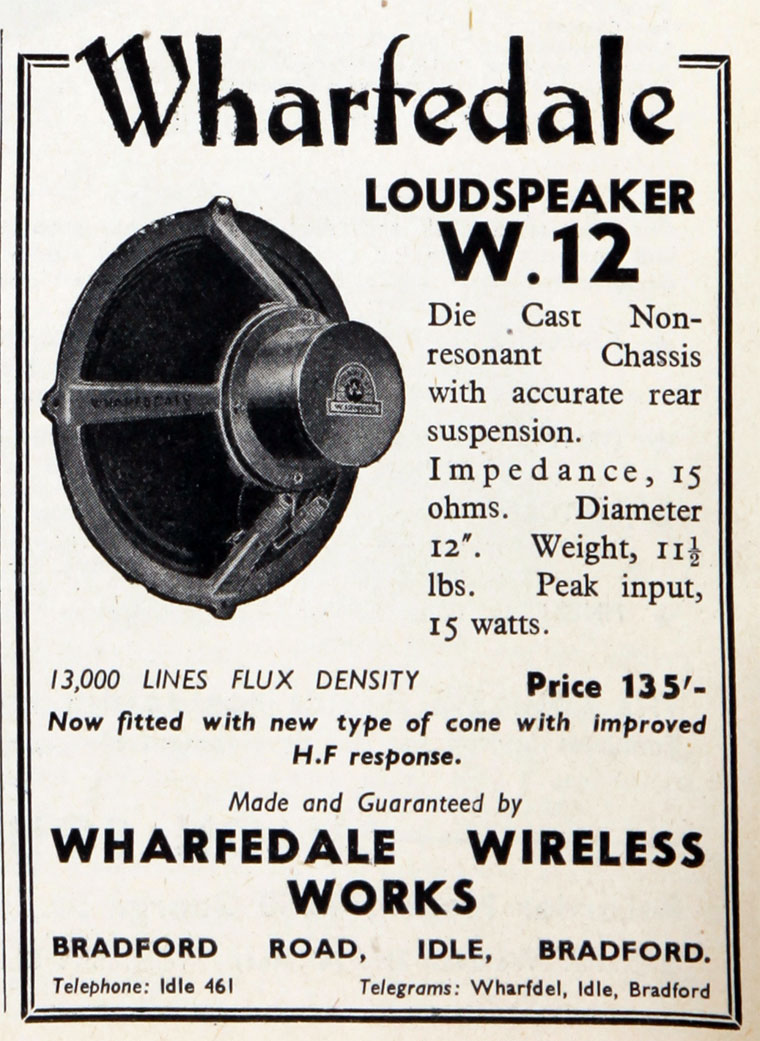 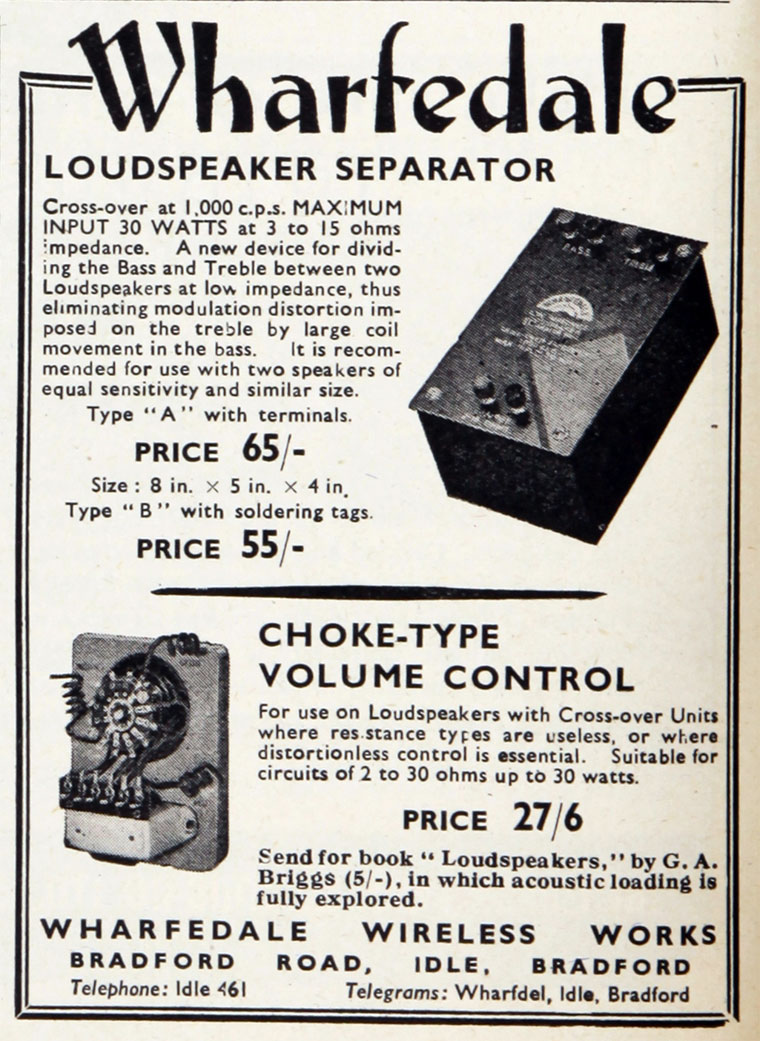 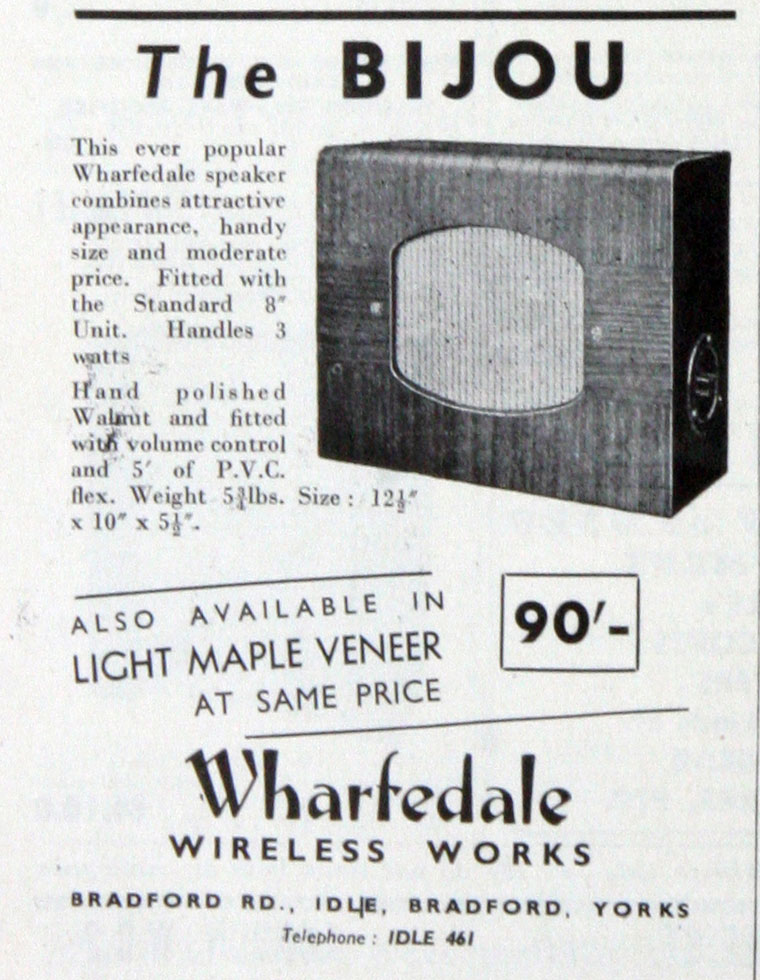 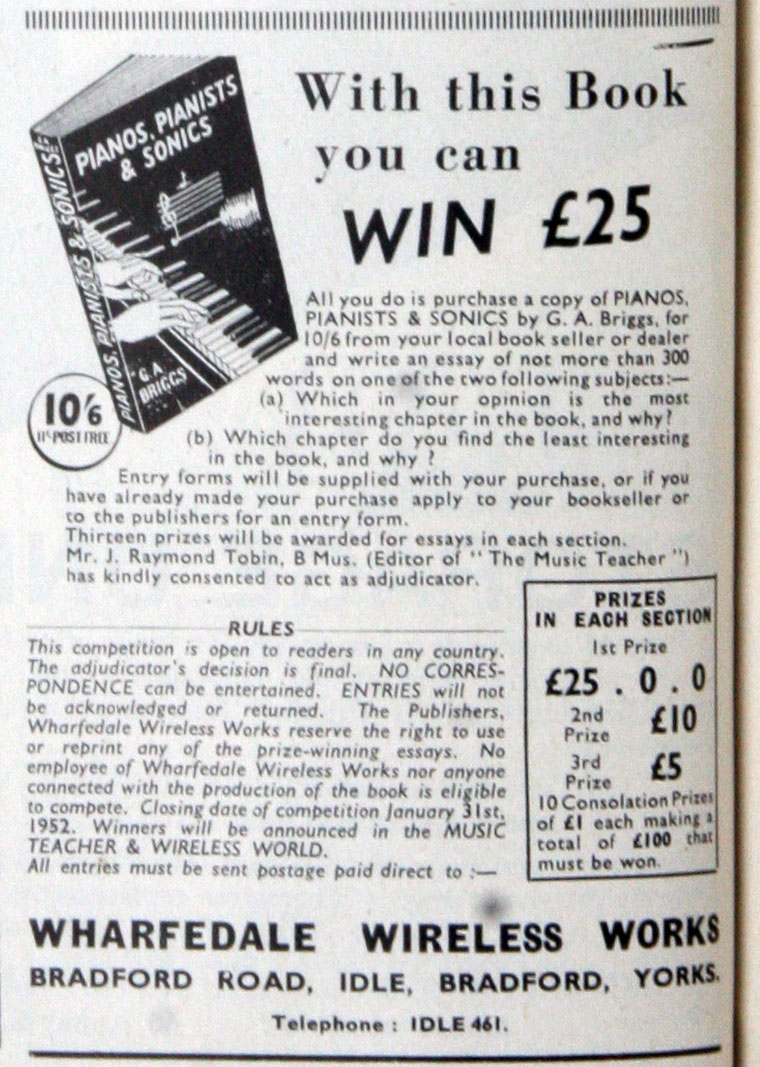 Makers of loudspeakers, of Idle, Bradford

1932 Gilbert Briggs built a loudspeaker in the cellar of his home in Ilkley, Yorkshire.

1933 Set up a factory near Bradford to build the loudspeaker drives helped by his wife Doris.

1936 Moved to a larger factory in Bradford.

WWII When the war came, the factory continued. During the second half of the war, the Wharfedale Wireless Works were commissioned to make transformers for Marconi.

1948 G. Briggs published the first of many books on sound reproduction.

1962 The first 'roll surround' cones was introduced by Wharfedale; started to use ceramic magnets.

1960s Made tuners, amplifiers and turntables.