Grace's Guide is the leading source of historical information on industry and manufacturing in Britain. This web publication contains 148,490 pages of information and 233,931 images on early companies, their products and the people who designed and built them.

Showing how the brick lining is supported on the tapering boshes 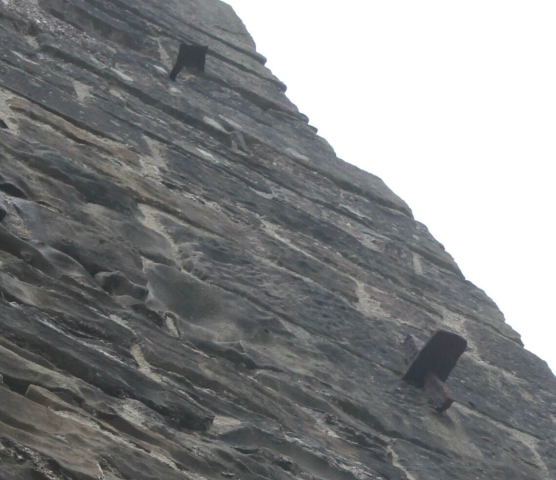 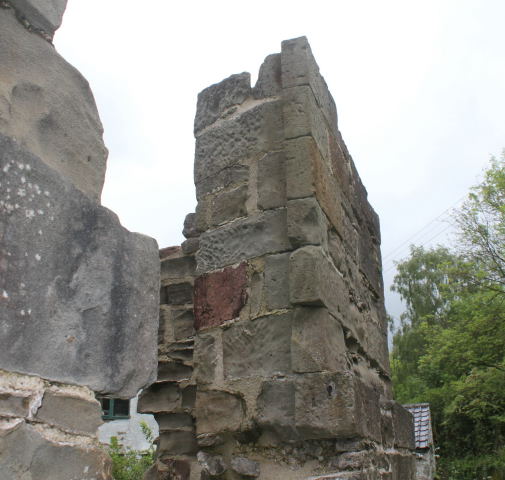 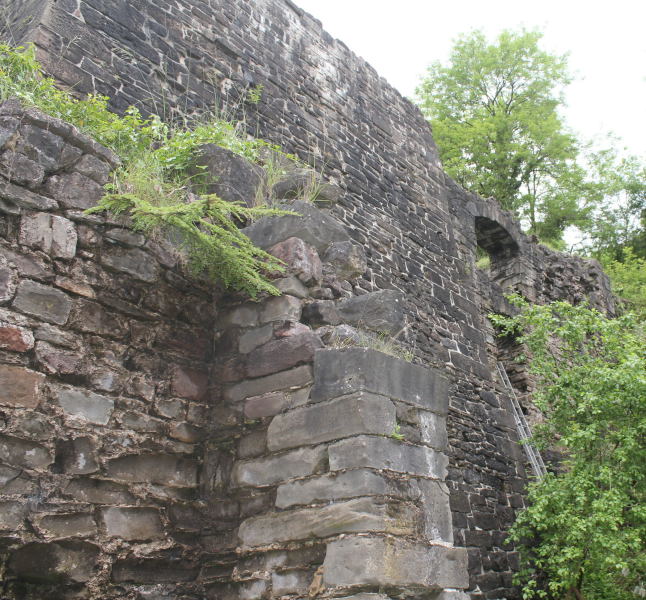 In the centre foreground can be seen the last in-situ stone of the arched doorway, west door of blowing engine house. Side of funace beyond, with window of room visible

A preserved coke-fired blast furnace from the late 19th/early 20th century. Construction was started in 1798 by Samuel Botham, a Quaker fro Uttoxeter. However, in 1799 severe flooding damaged the works before completion, and Botham lost his investment and withdrew. The furnace was complated by some of his associates together with Thomas Halford and Moses Teague. Steam provided the blast. In 1809 David Mushet came to the Forest of Dean to join with the group working the furnace, but he soon withdrew. Thomas Halford became bankrupt in 1816. The ironworks, except for the furnace, was dismantled and parts, including the blast equipment, taken to Cinderford furnace, presumably at Cinderford Ironworks.[1]

It was never particularly successful, probably due to the unsuitability of the iron ore and coking coal available in the area.[2]

Work has recently been done to stabilise the structure. A curious feature is that the furnace is lined with stone, but outboard of this is another lining - of brick. Beyond that is an annular space (always provided in blast furnaces to allow for expansion of the lining; the space would have been filled with lightly packed compressible material). The tapered stone lining has now been secured by stainless steel pins.

Immediately to the right of the furnace is a derelict building which was unconnected with the ironworks, but to the right of that are the remains of the former blowing engine house, which at some point was converted into cottages.

Good interpretation displays are provided, and the occupants of the neighbouring house are very knowledgeable and helpful.