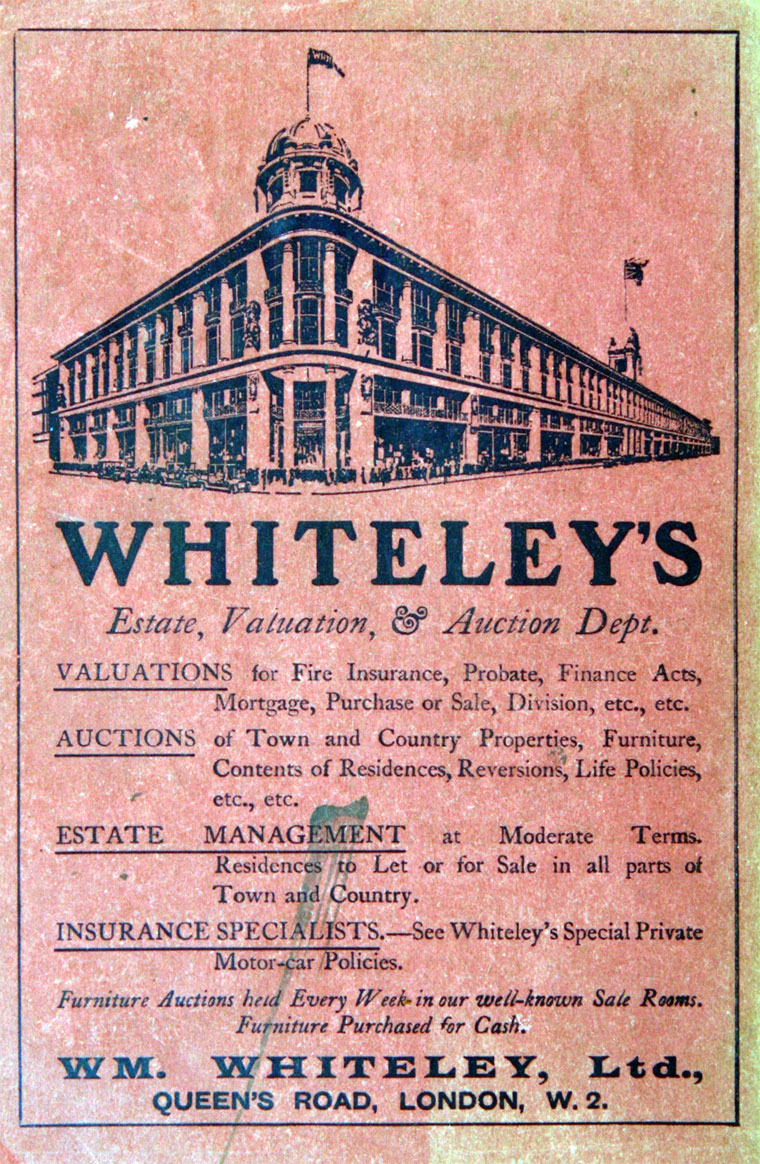 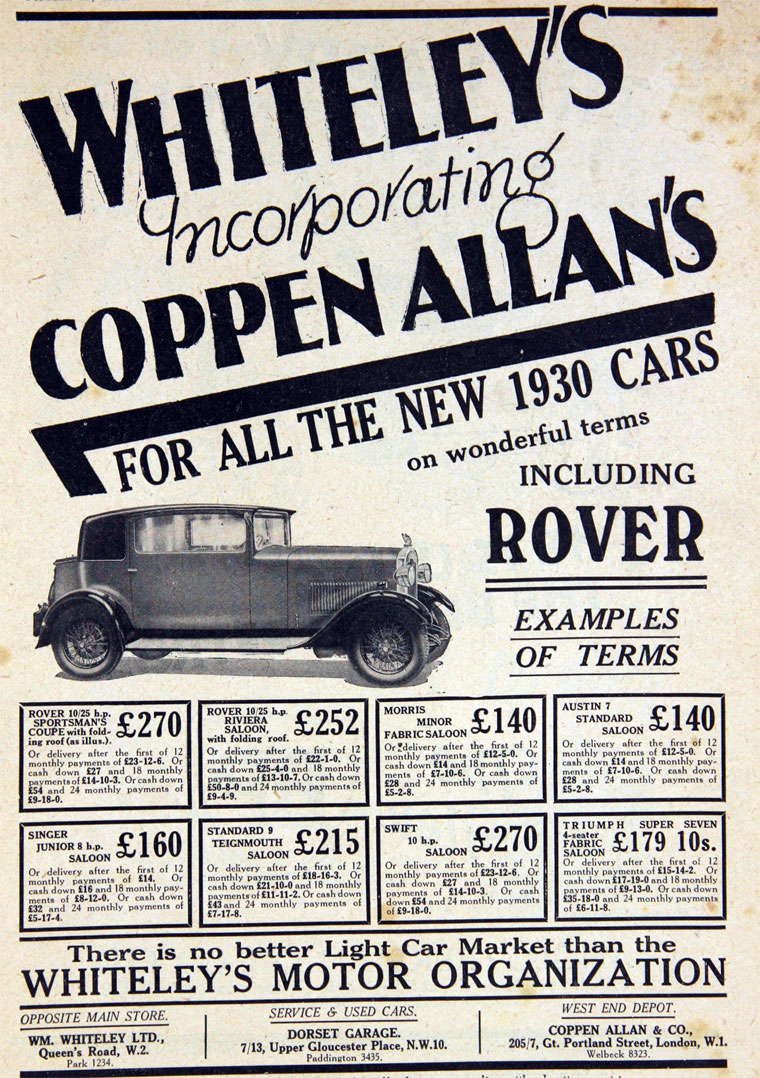 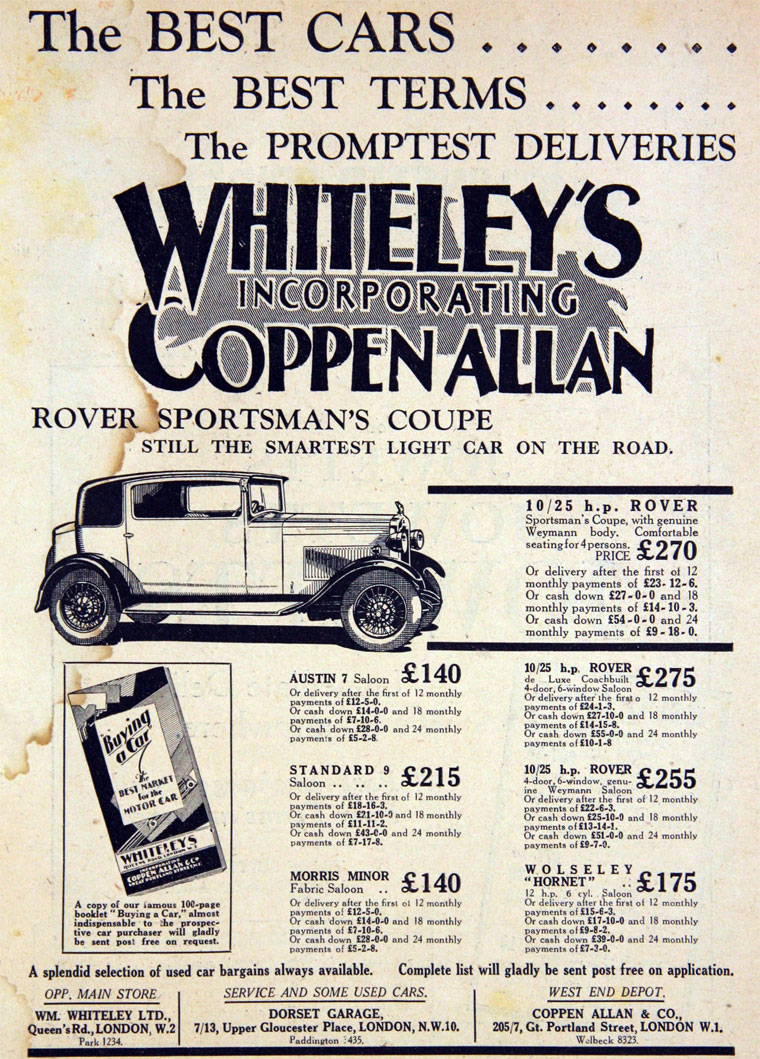 Whiteleys was London's first department store, located in the Bayswater area of London, England. The store's main entrance was located on Queensway. It is now a shopping centre.

1863 The original Whiteley's department store was created by William Whiteley, who started a drapery shop at 31 Westbourne Grove. Within a year, Whiteley employed 15 people.

1867 By now, it had expanded to a row of shops containing 17 separate departments.

1890 Company employed over 6,000 staff, most of them living in company-owned male and female dormitories, having to obey 176 rules and working 7am to 11pm, six days a week. Whiteley also bought massive farmlands and erected food-processing factories to provide produce for the store and for staff catering.

1897 The first store, described as 'an immense symposium of the arts and industries of the nation and of the world', was devastated in an enormous fire, one of the largest fires in London's history.

1907 William Whiteley was murdered by a man claiming to be his illegitimate son, and the business was taken over by his legitimate sons.

1911 The current building was designed by John Belcher and John James Joass, and was opened by the Lord Mayor of London. It was the height of luxury at the time, including both a theatre and a golf-course on the roof.

It appears in a number of early 20th-century novels, and in Shaw's 1913 play Pygmalion, where Eliza Dolittle is sent "to Whiteleys to be attired."

Late 1920s, Dr. A. J. Cronin, the novelist, was appointed the medical officer of Whiteleys

1927 The business was sold to Gordon Selfridge.

1970s The upper floors of the building were used by International Computers Limited (ICL) for offices and training facilities.

1981 The department store closed down and the building purchased by a firm called the Whiteleys Partnership, later acquired by the Standard Life Assurance Company.

1989 After extensive remodelling of the interior, Whiteleys was re-opened as a shopping centre. The current Whiteleys contains a large number of shops and places to eat.