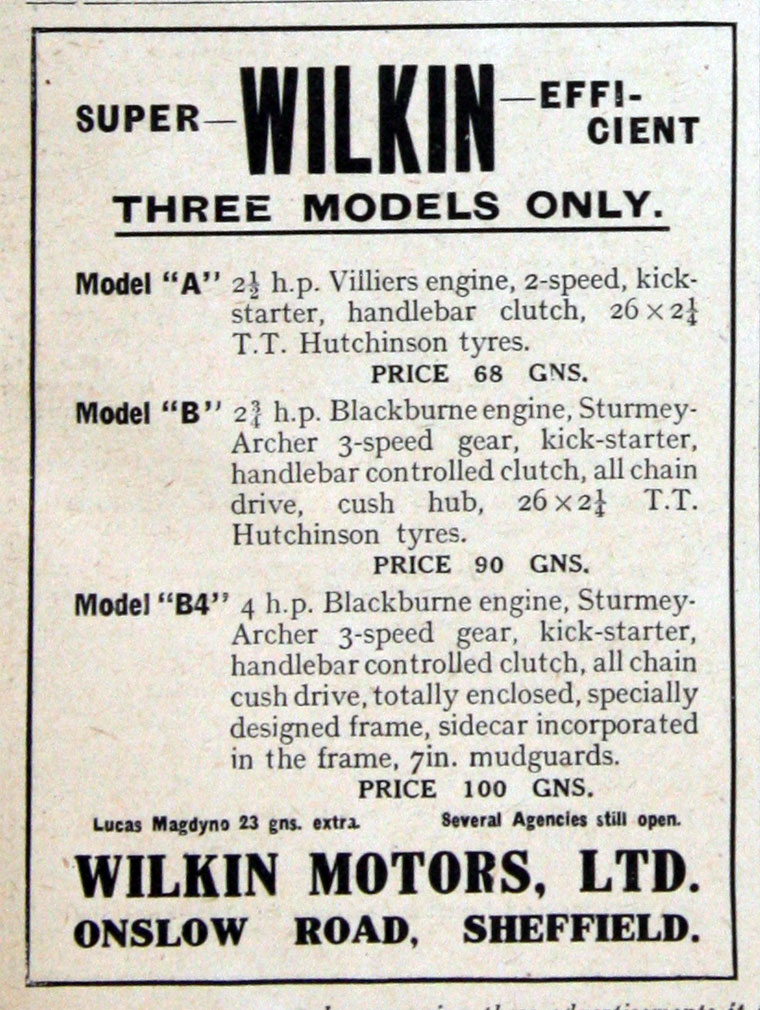 Wilkin were motorcycles produced between 1920 and 1921, by an established motorcycle retailer named G. W. Wilkin, in Sheffield, Yorkshire.

The machine was conventional and well constructed, with either a 348cc or 499cc sv Blackburne engine, three-speed Sturmey-Archer gearbox and fully enclosed all-chain transmission. A lighter model was also offered and this had the 269cc Villiers two-stroke, with two-speed gear from either Albion or Burman.

The super lightweight motorcycle was a comfortable and efficient solo touring bike aimed at the sporting motorist. It was assembled from ready-made components from different manufacturers.

In September 1920, Wilkin bravely attempted to ride around the coast of Great Britain on a sidecar outfit, accompanied by an Auto-Cycle Union observer in the sidecar. The ride was completed in thirty-two days and covered 3,315miles/5,334km. Only a couple of minor problems were reported - a fractured rear fork stay and a broken exhaust pipe.

Although it proved itself to be a worthy machine, the buying public were not sufficiently impressed to make the marque a success.