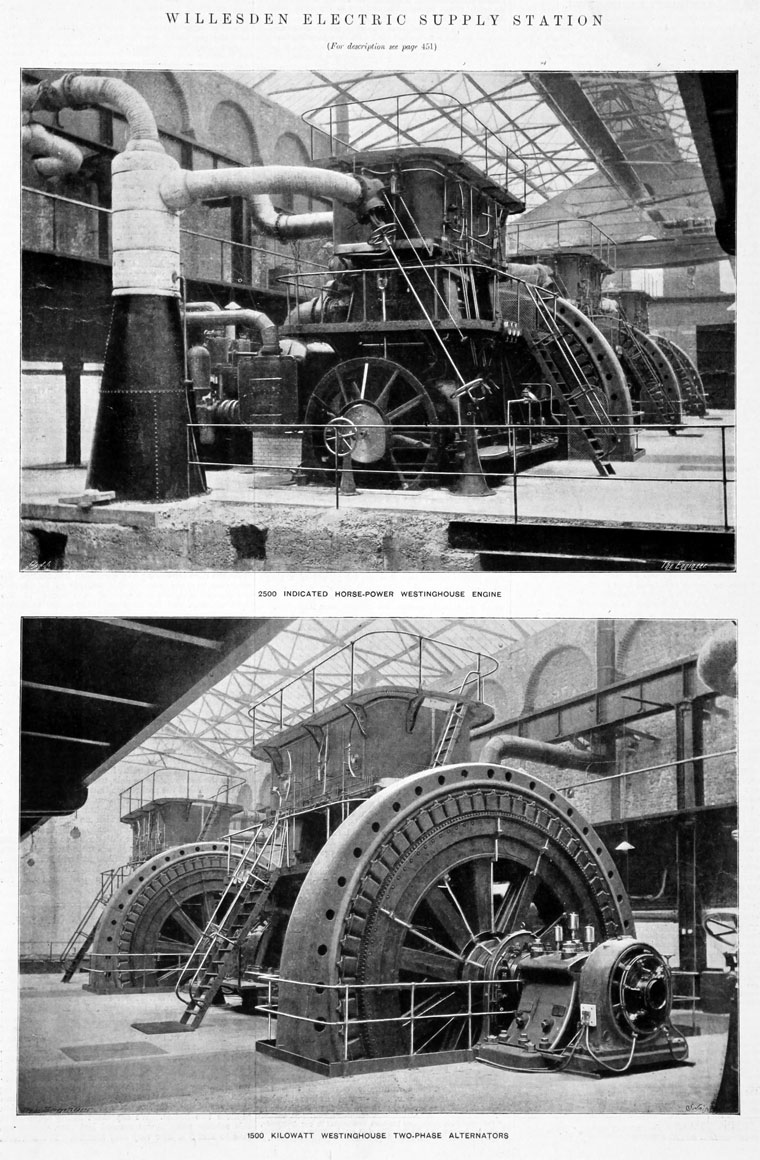 1900 Description: 16 Babcock and Wilcox boilers, 8 of which had Vicar's automatic stokers. Three 2500 IHP British Westinghouse compound vertical engines, each driving a 1500 kW 2 phase 500 volt alternator.[1]. It was intended to have 18 engines ultimately [2]

1912 A correspondent to The Times identified the Willesden Junction station as one of 6 which should be considered for bulk supply in an integrated London network; it generated 2 phase 60 Hz 10kV, with AC distribution at 100V and 200V[3].

1925 This was one of four stations (the others being Bow, Deptford East and Grove Road, St John's Wood) which continued in operation following the formation of the London and Home Counties Joint Electricity Authority in 1925; many other, smaller stations in central London were closed.