Grace's Guide is the leading source of historical information on industry and manufacturing in Britain. This web publication contains 140,051 pages of information and 227,378 images on early companies, their products and the people who designed and built them. 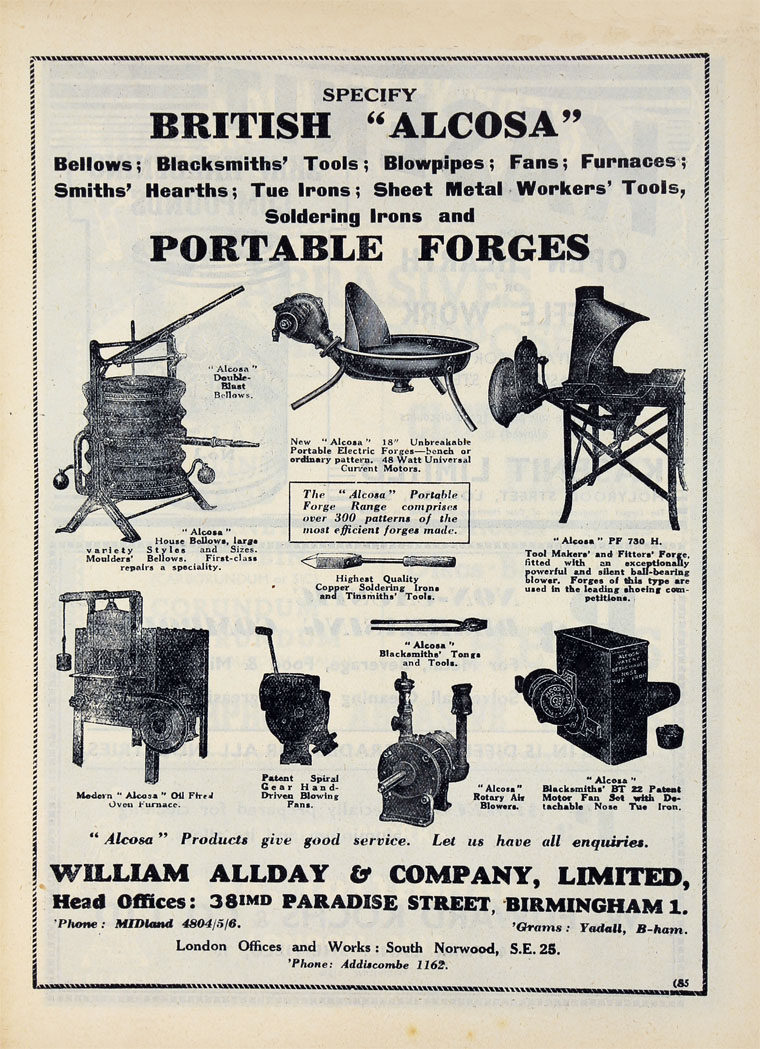 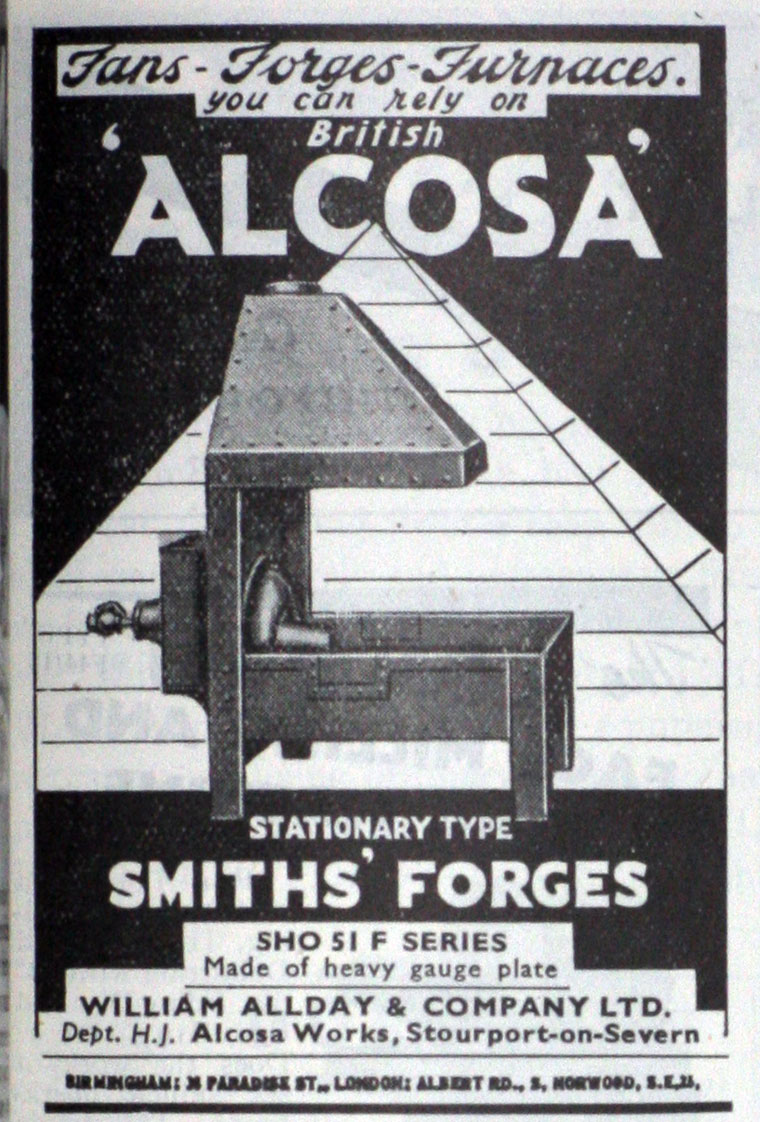 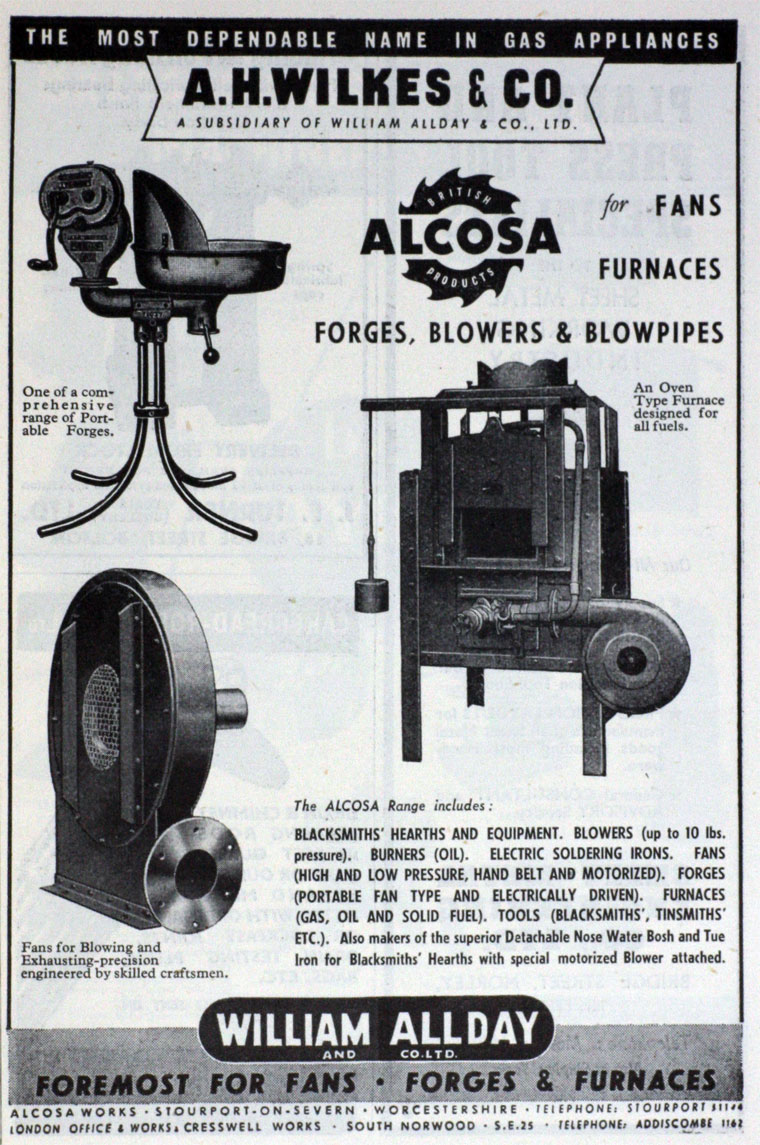 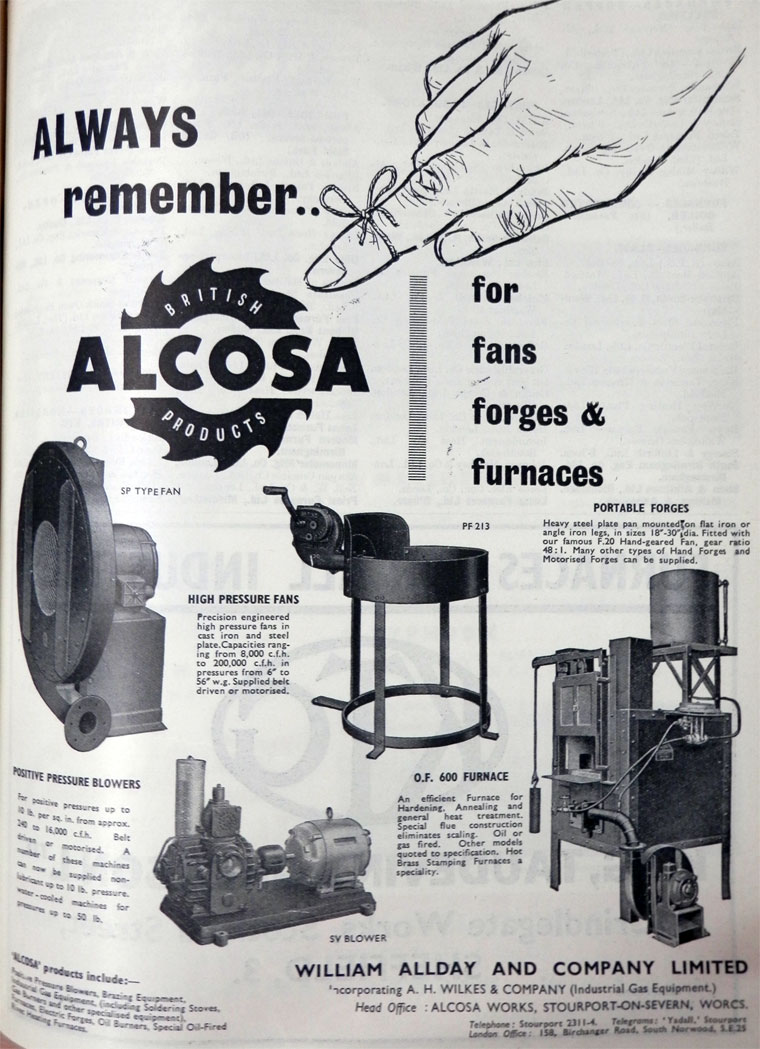 1868 Patent to William Allday, of Birmingham, Bellows Manufacturer, for the invention of "improvements in forge and other bellows."[1]

1871 Patent: improvements in forge and other bellows[2].

1876 Advert: William Allday and Son, established 1780. Branston Street Works, Birmingham. Screw-pipe smiths' bellows and many other implements for smiths' use[3]

Like many such companies they turned to bicycle manufacture and sold a range under the Alldays name.

1936 Alldays and Onions was owned by Mitchell Cotts and Co