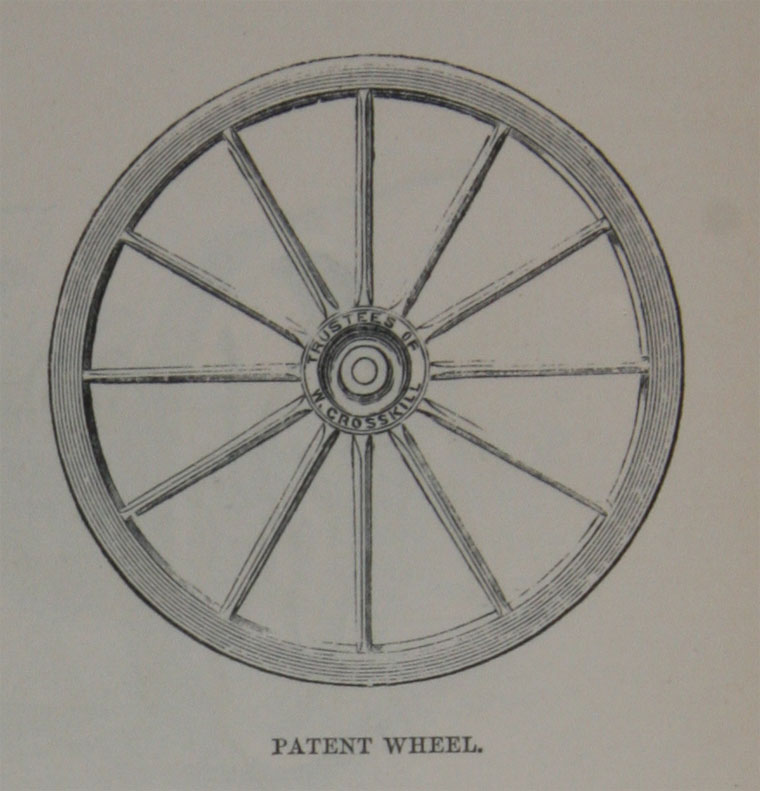 Started in business, first as ironfounder and then diversifying into agricultural machinery

c.1850 Brought to general attention and practical operation a reaper which had been invented by the Rev. Bell in Scotland c.1830 but which, for want of practical knowledge in perfecting its mechanical construction, had not been much known about outside that district[4]. It became known as Crosskill's Bell.

1852 Patent application by William Crosskill, of Beverley, in the county of York, Civil Engineer, for the invention of improvements in machines for cutting or reaping growing corn, clover, and grass.[7]

1855 When trade in Hull was depressed as a result of the Crimean war, the bank foreclosed.

1855 "... William Crosskill, of Beverley, in the county of York, Engineer, Ironfounder, Agricultural Implement Manufacturer, and Corn Miller, hath by indenture, bearing date the 24th day of January, 1855, conveyed and assigned all his estate and effects whatsoever, unto Robert Bower, of Welham, in the said county of York, Esquire, James Hall, of Scorbrough, in the said county of York, Esquire, and Thomas Ellery Turner, of Beverley aforesaid, Gentleman, as trustees, upon trust for the benefit of all the creditors of him the said William Crosskill;..."[9]

1861 Distributor of stamps for Hull and East Yorkshire[10]

1881 Distributor of stamps, living in Hull, with Sarah Crosskill his second wife age 66[13]

1888 Died in Kingston upon Thames; his will was proved by his sons Alfred and Edward, agricultural implement makers[14]