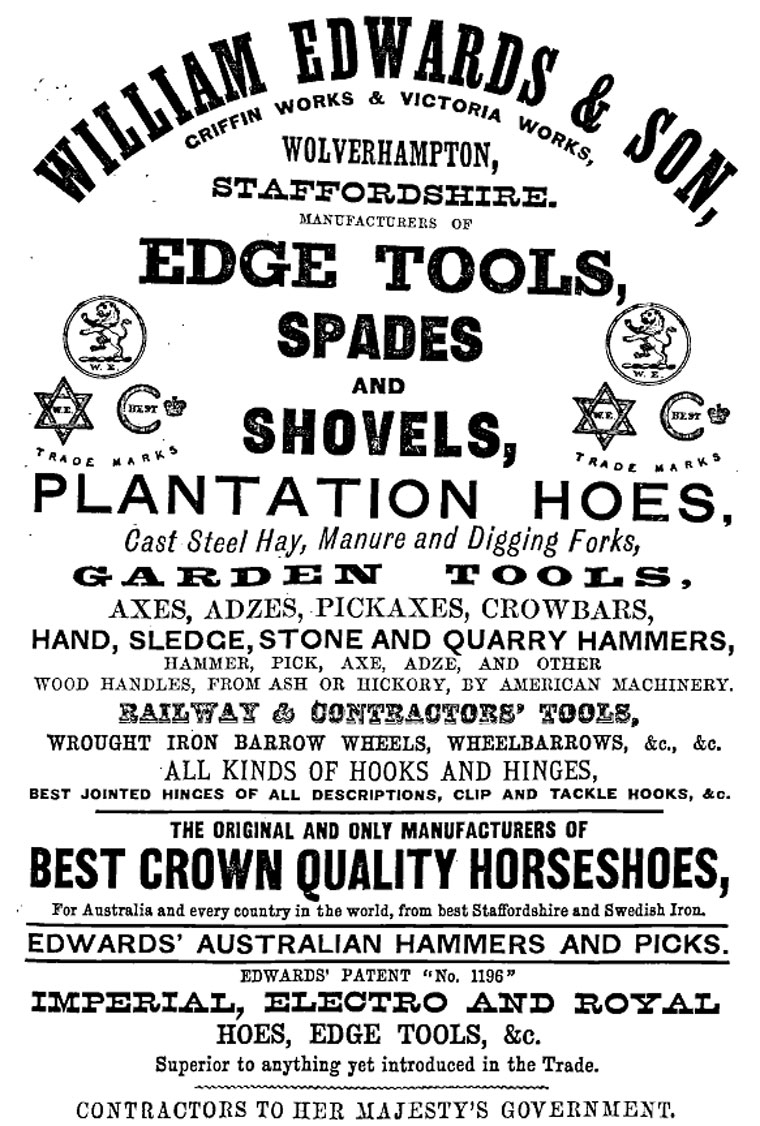 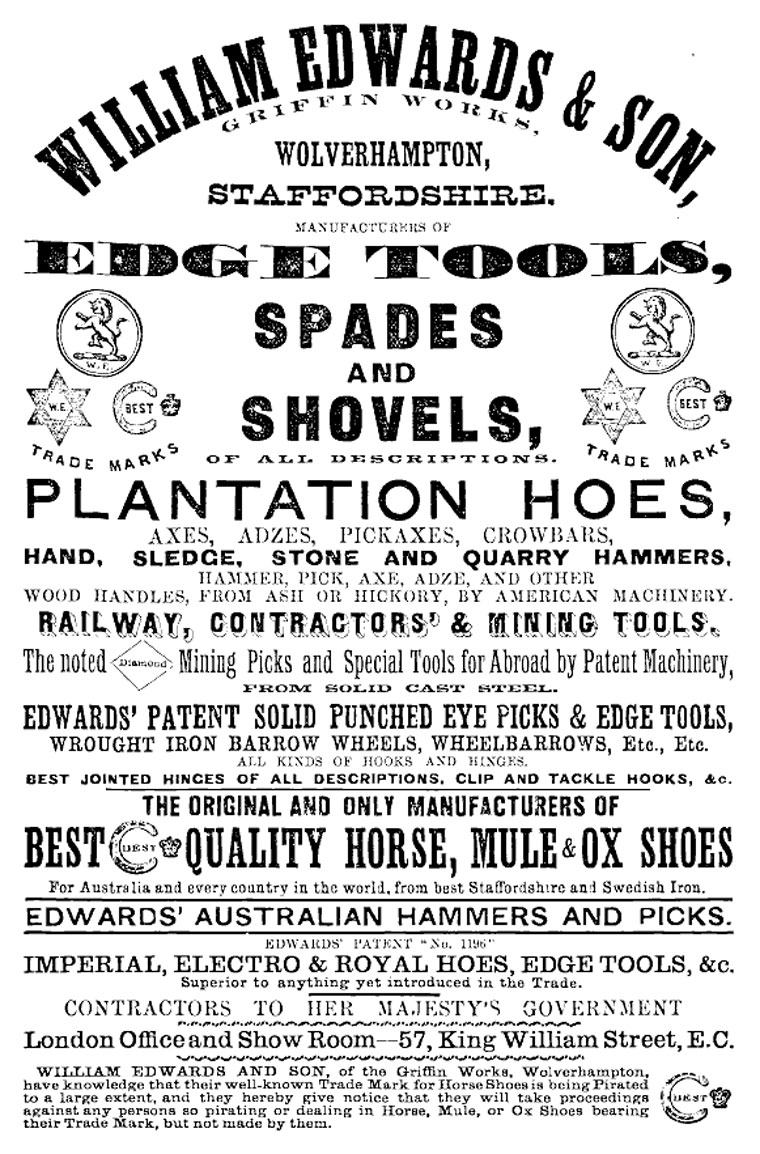 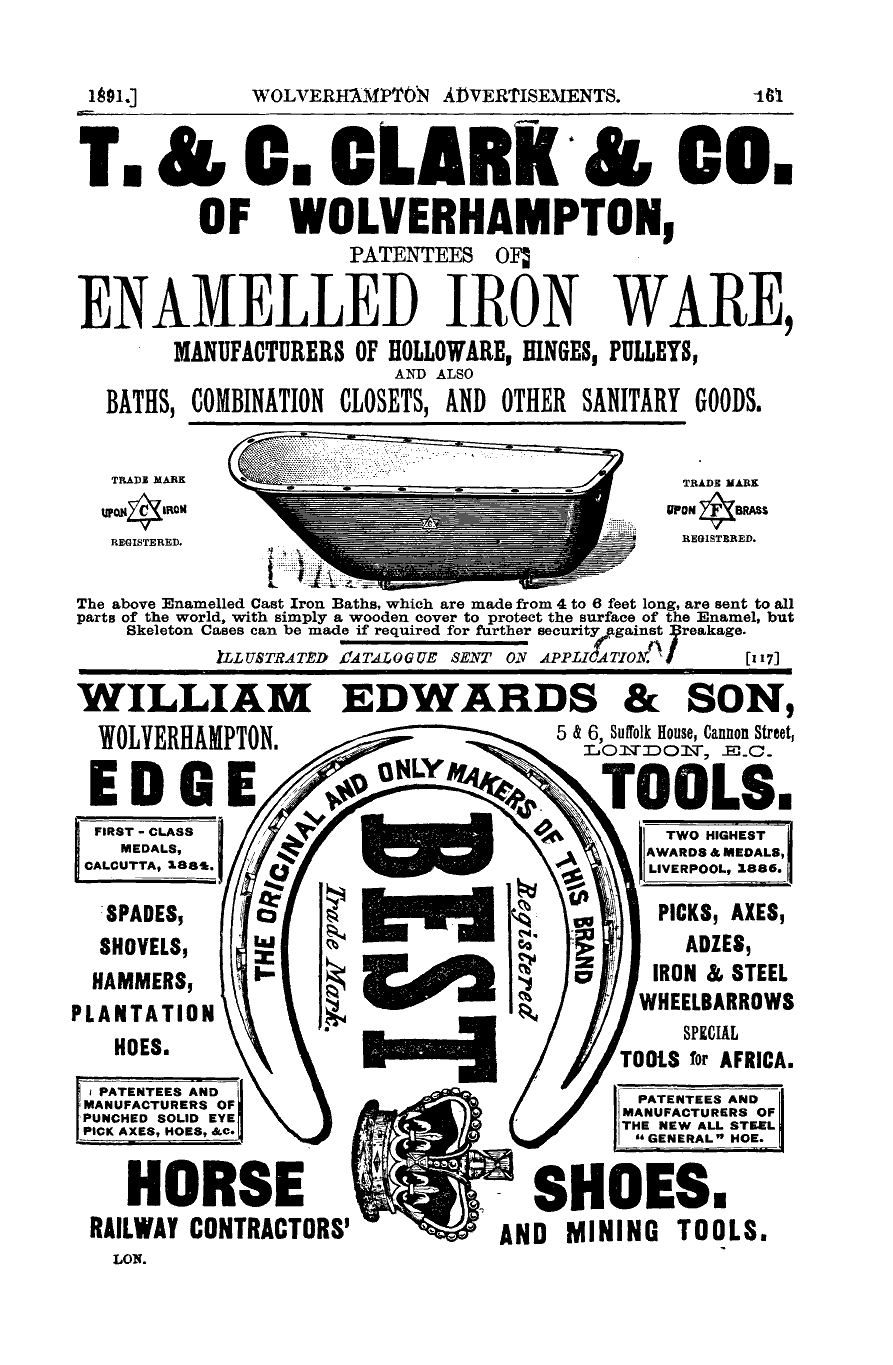 of Griffin Works, Wolverhampton, makers of the Best brand.

William Edwards set up a small edge-tool business that rapidly grew to a large size.

1913 New Griffin Works were sold to the Vulcan Manufacturing Co.

Griffin Works were taken over by Edmund Vaughan Stampings, and were later called Falcon Works. The buildings were demolished in the 1990s.

Later seems to have moved to Oldbury: William Edwards and Son (Oldbury)