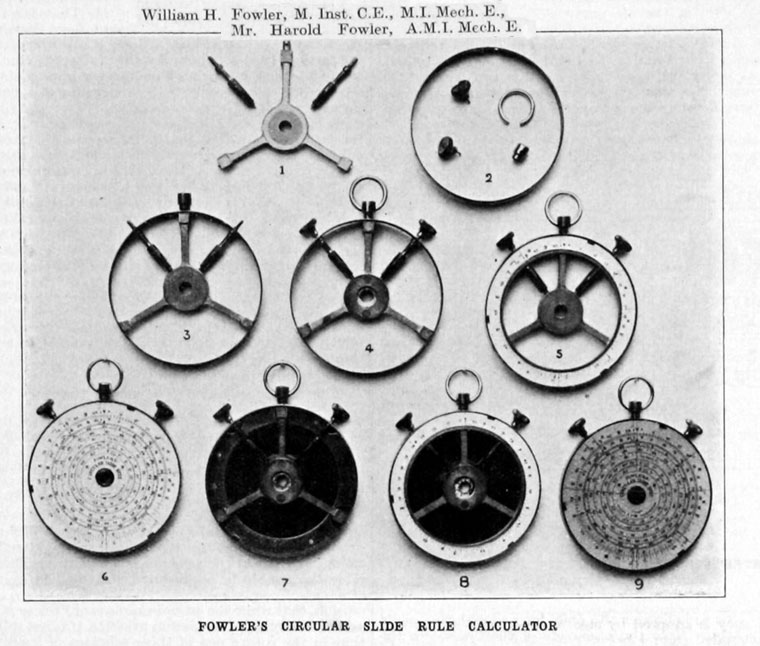 1885 Membership of the IMechE

WILLIAM HENRY FOWLER was very well known on account of his technical publications.

In 1898 he founded the Scientific Publishing Company of Manchester, and he was publisher and editor of The Mechanical Engineer until its suspension in 1917. He was also the publisher of engineering textbooks and pocket-books.

In 1906 he turned his attention to the design and construction of a circular slide-rule, and in 1920, after many years of painstaking experiment, established a factory at Sale, Manchester, for the manufacture of calculating instruments.

Mr. Fowler was born at Oldham in 1854, and at the age of 14 entered the foundry of Messrs. Platt Brothers and Company, where his father was a foreman moulder.

After two years he entered the drawing office and commenced his theoretical studies at evening classes.

After a period of thirteen years he became works manager of the Chadderton Ironworks, and later practised for several years as a consulting engineer in Manchester before taking up his literary activities.