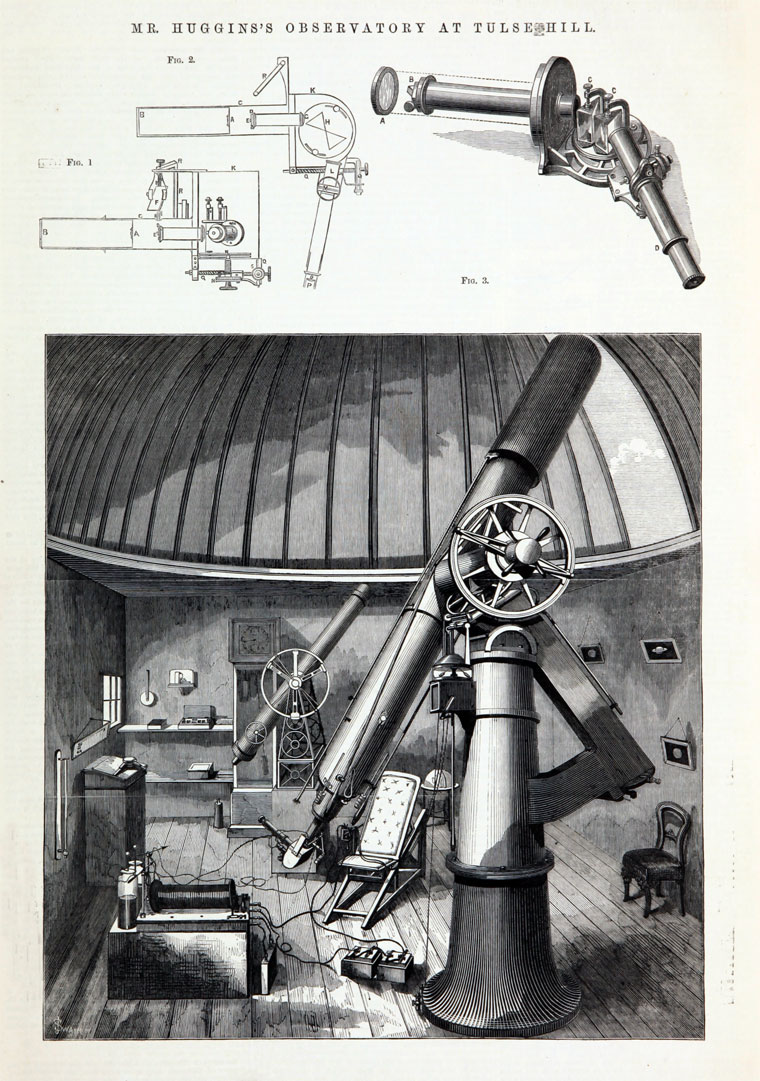 Made a Fellow of the Royal Institution of Great Britain in 1865.

Measured the spectra of the stars with William Allen Miller at Tulse-Hill. [1]

Sir William Huggins, OM, KCB, FRS (7 February 1824 – 12 May 1910) was an English astronomer best known for his pioneering work in astronomical spectroscopy together with his wife Margaret Lindsay Huggins.

William Huggins was born at Cornhill, Middlesex in 1824. He married Margaret Lindsay, daughter of John Murray of Dublin, who also had an interest in astronomy and scientific research. She encouraged her husband's photography and helped to put their research on a systematic footing.

Huggins built a private observatory at 90 Upper Tulse Hill, London from where he and his wife carried out extensive observations of the spectral emission lines and absorption lines of various celestial objects. On 29 August 1864, Huggins was the first to take the spectrum of a planetary nebula when he analysed NGC 6543. He was also the first to distinguish between nebulae and galaxies by showing that some (like the Orion Nebula) had pure emission spectra characteristic of gas, while others like the Andromeda Galaxy had the spectral characteristics of stars. Huggins was assisted in the analysis of spectra by his neighbour, the chemist William Allen Miller. Huggins was also the first to adopt dry plate photography in imaging astronomical objects.

He died at his home in Tulse Hill, London after an operation in 1910 and was buried at Golders Green Cemetery.