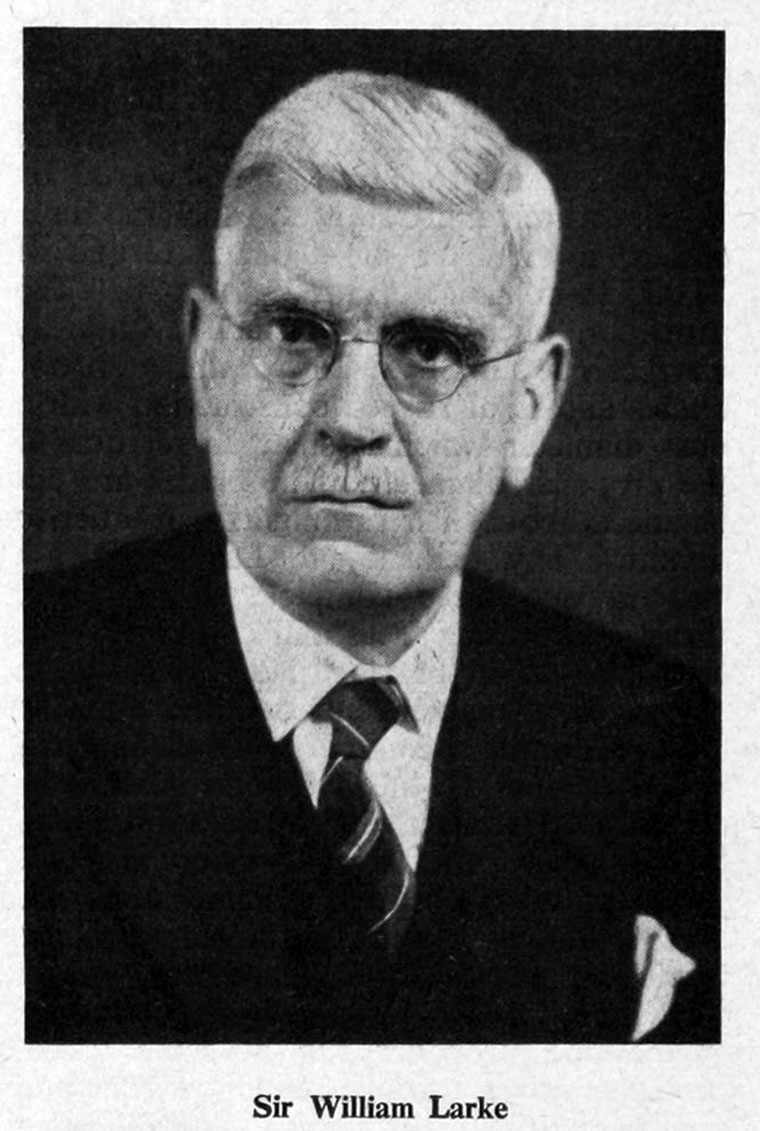 SIR WILLIAM JAMES LARKE, whose death occurred on April 29 at his home at Sidcup, Kent, occupied for many years an important place in the affairs of the British iron and steel industry. He was the first director of the British Iron and Steel Federation.

Sir William, who was eighty-four, received his training as an engineer with H. F. Joel and Co. and with Siemens Brothers and Co., Ltd., at Woolwich.

About the turn of the century, he joined the technical staff of the British Thomson-Houston Company, Ltd., subsequently becoming manager of the power and mining department and executive engineer.

Sir William relinquished his appointment with B.T.H. early in the first world war to join the Ministry of Munitions where he held various offices prior to becoming director-general of raw materials. Sir William's services during the war years were acknowledged by the conferment of the C.B.E. in 1920 and of the K.B.E. a year later.

The National Federation of Iron and Steel Manufacturers was formed in 1922 to foster cooperation in the iron and steel industry, watch over its economic interests and initiate efforts to increase its technical efficiency. Sir William was invited to become director of the Federation, an appointment in which he served with considerable distinction until his retirement at the end of the second world war. It will be recalled that in the early 1930s the structure of the National Federation was changed and there was established the present organisation, the British Iron and Steel Federation.

Much of the responsibility for effecting the transition fell upon Sir William. It was inevitable that when the second world war came in 1939 that Sir William was called upon to accept various important posts concerned with the war effort and with the succeeding problems of reconstruction. He was a member of many learned societies and a past-president of several of them. At the Iron and Steel Institute, Sir William was particularly well known, having served on its council and as a vice-president.