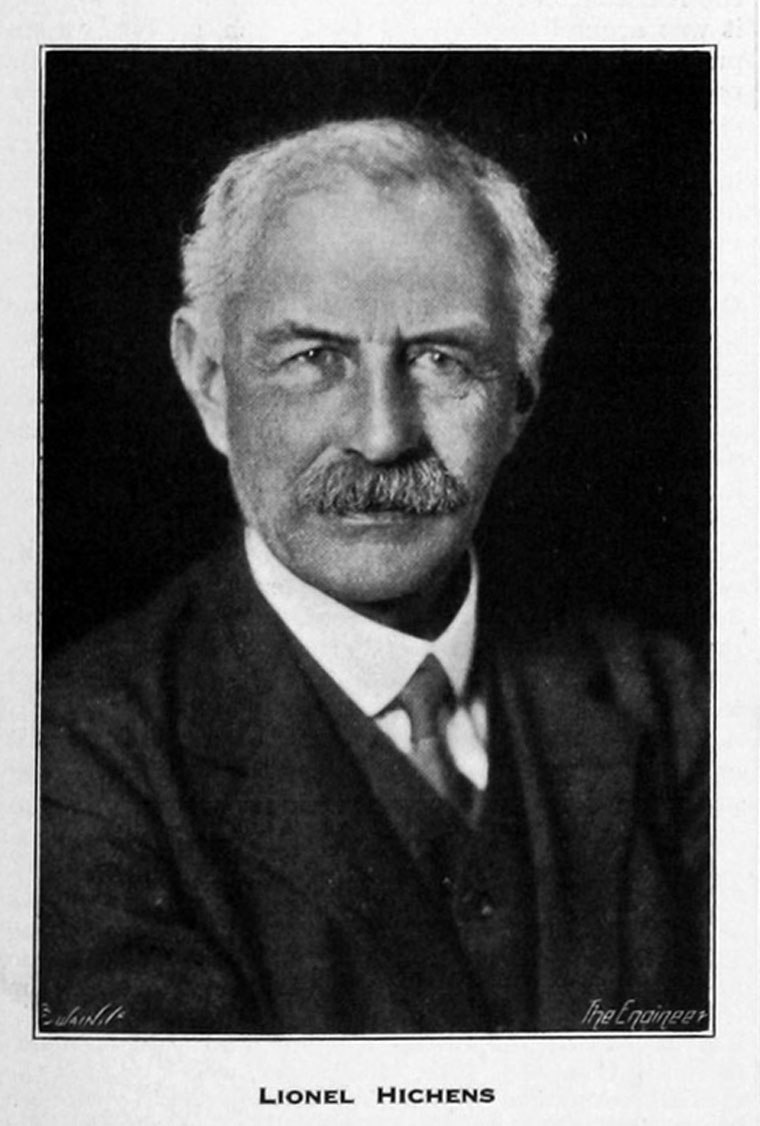 Educated at Winchester College, New College, Oxford, and in Paris and Germany.

1910 Became chairman of Cammell, Laird and Co and a director of Cammell Laird's associated companies

1927-30 Chairman of the English Electric Company

1929 Bought North Aston Hall, North Aston, near Oxford, and kept a close connection with university men. He was a fellow of Winchester College from 1933.

1940 October 14th. Killed by a German bomb which fell on Church House, Westminster

"...by enemy action of Mr. Lionel Hichens will cause sorrow to all who knew him, for he was an exceptionally lovable man. He was not an engineer but he was for so long associated, as chairman, with one of our greatest shipbuilding and marine engineering firms, Cammell, Laird and Co., Ltd., that engineer had come to accept him a almost one of themselves..."[More].