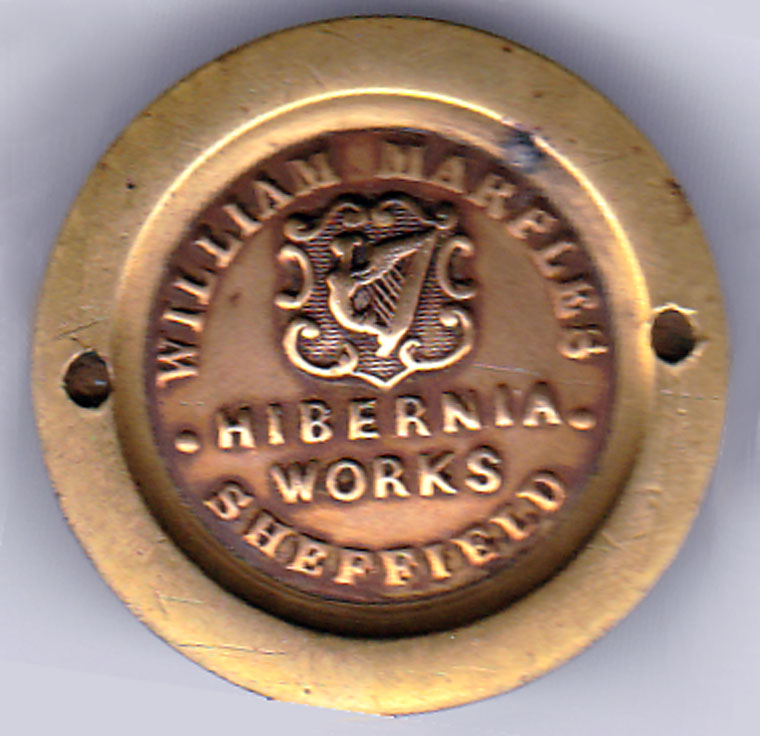 Between 1830s - 1860s Small coin sized brass plate from the button handle of an Ultimatum Brace. The object dates earlier in the business as the 'Harp' Trademark is used. 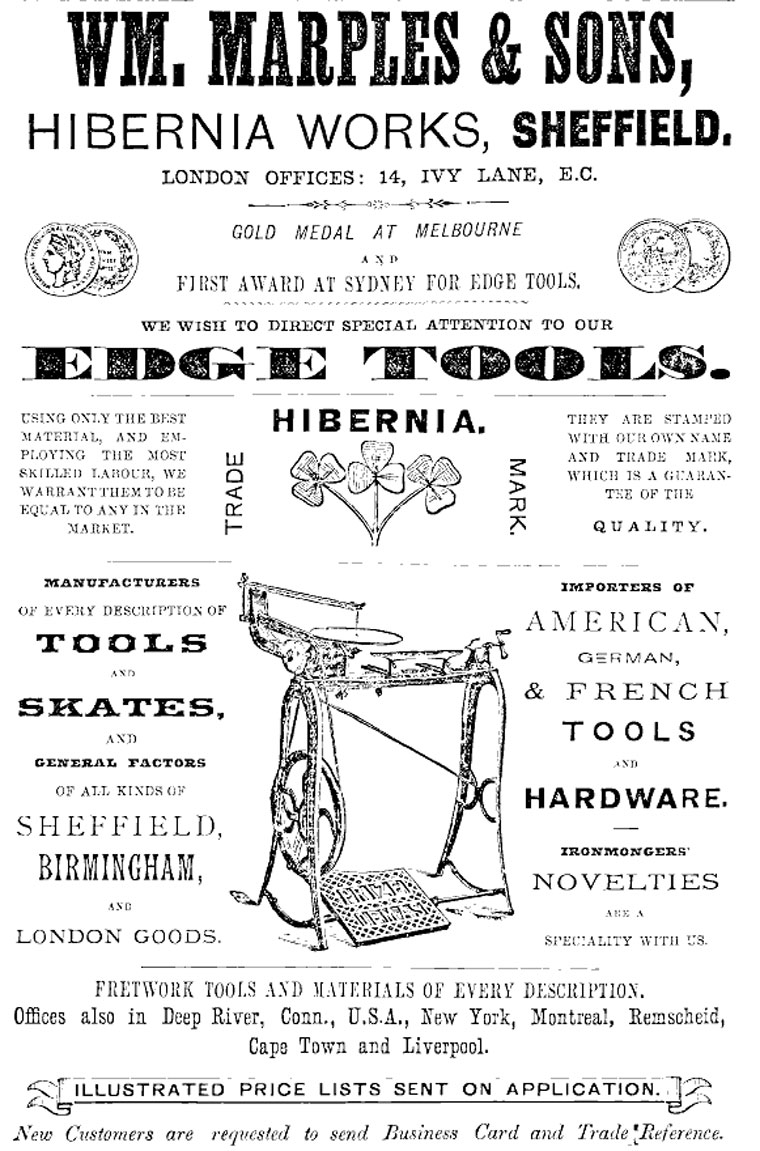 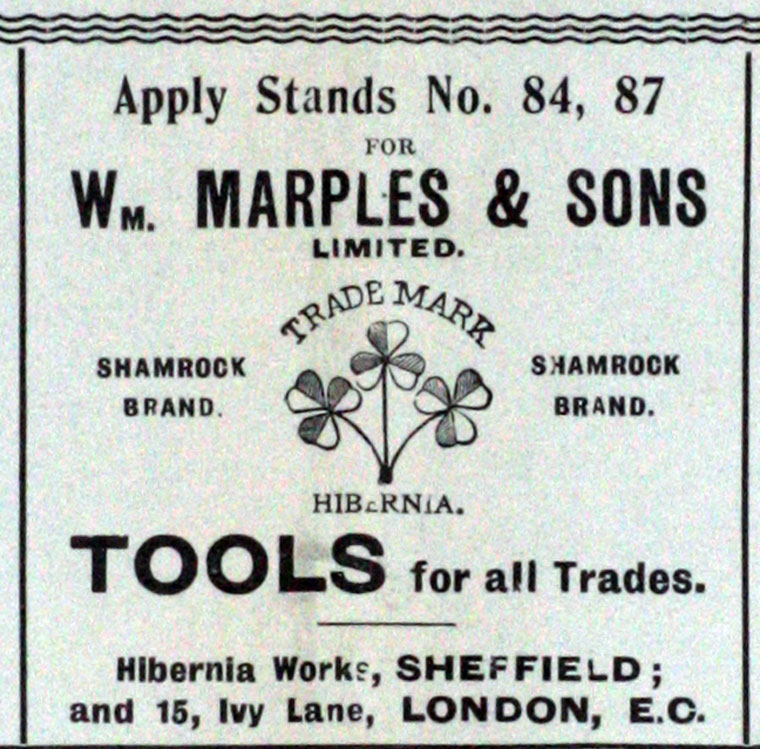 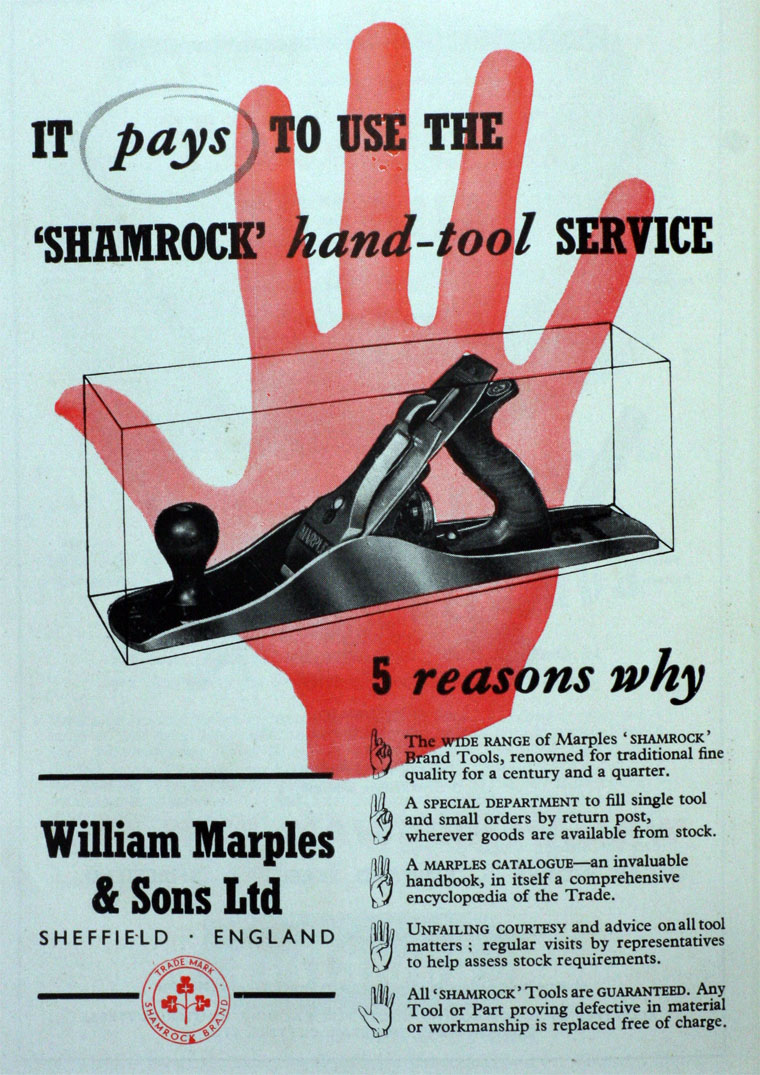 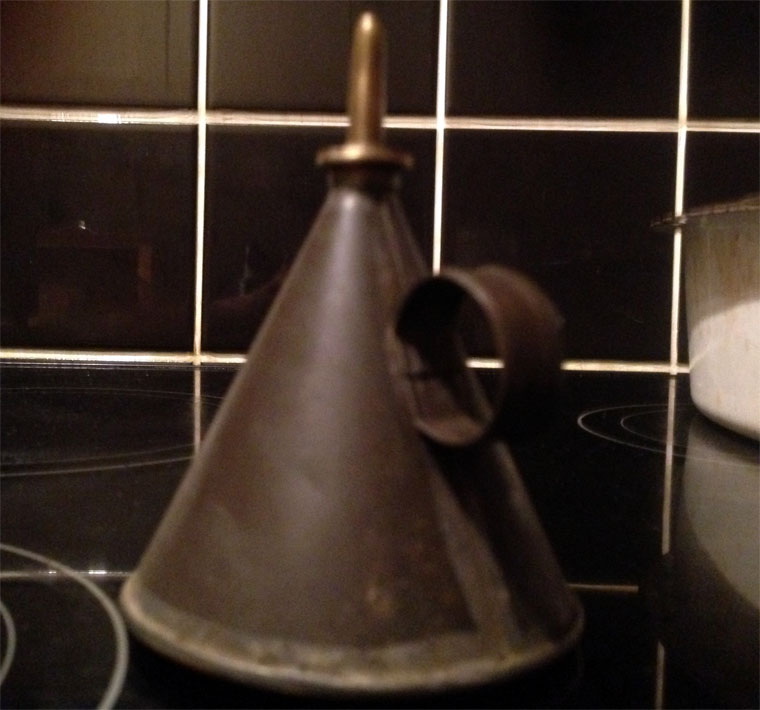 1821 William Marples Junior joined his father's joinery making business in Sheffield when he was 12 years old.

1828 Company founded. By the age of 19, William Junior was trading under his own name in Broomhall Street.

1848 John Cartwright took out a patent for a carpenters brace, the rights to which William bought.

1856 The company moved to a workshop in Westfield Terrace, the company remaining there for 116 years.

1914 Manufacturers of tools for all trades including carpenters, engineers, masons and plumbers. Employees 400. [1]

1962 The business was purchased by W. Ridgeway and Sons and C. and J. Hampton, after having been in the Marples family until that time.

1972 Production was moved to Dronfield.

2008 The company is now owned by Irwin Industrial Tool Co.

A contributor writes: - It appears that the company didn't do just tools for I have here in Paris a knife 33cms long including the handle that appears to be either bone or as I suspect an early form of bakelite clearly coming from the Hibernia works (marked as such) that is still in daily use as it keeps a good edge. Very good for cutting meat both raw and cooked. [4]