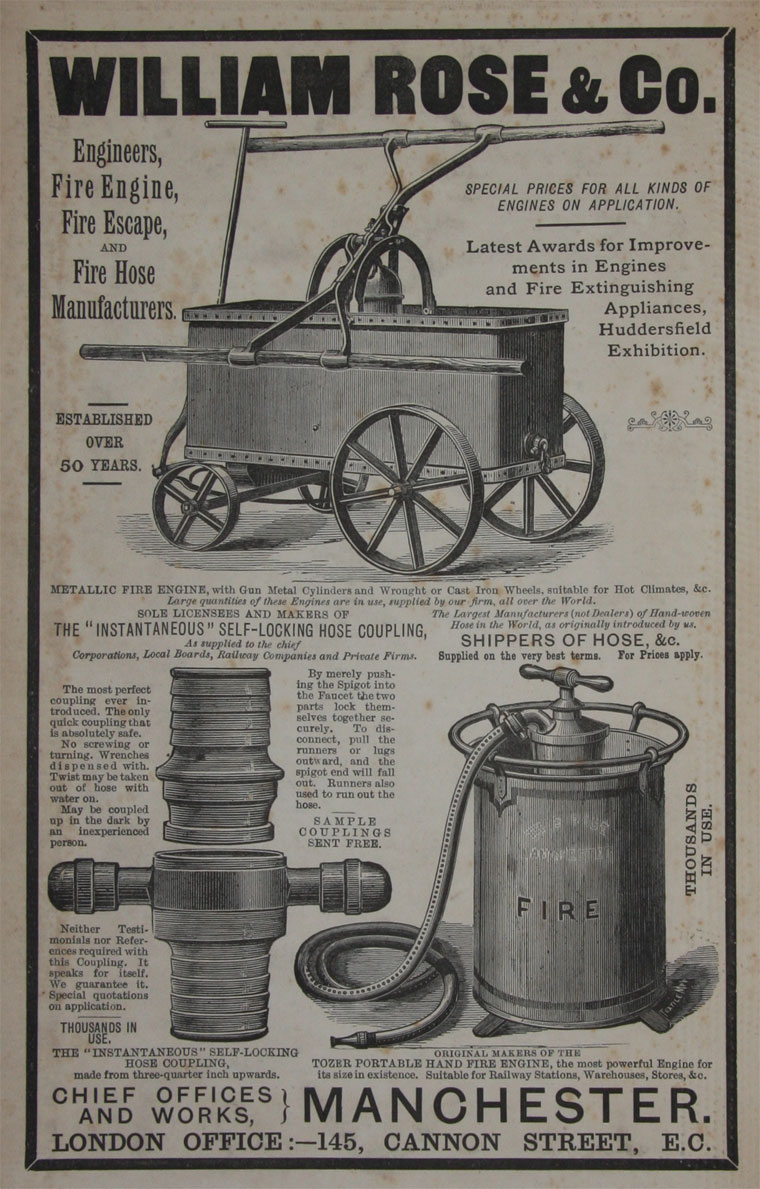 1884. From Kelly’s Directory of Worcestershire 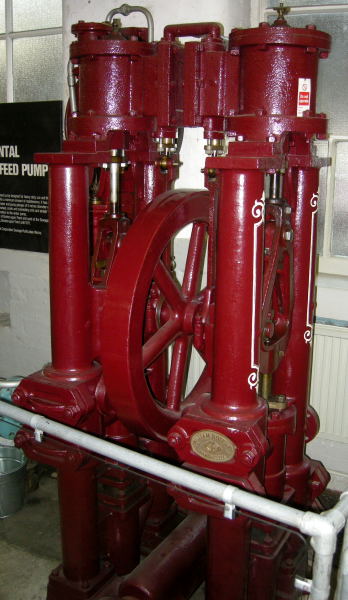 A horse-drawn fireman's elevator invented by William Rose was described in Mechanics Magazine in 1833. It had been in use for some time. Its platform could be raised to a maximum height of about 40 ft. It was introduced to fight fires in multi-storied textile mills in Manchester, which, unlike tall buildings in cities, rarely had a tall building alongside from which hoses could be directed. [1]

By the 1890s, Rose had supplied over 100 fire brigades with horse-drawn manual fire engines, fire escapes, hose tenders and carts.

Metropolitan Works is shown on the 1894 O.S. map[3] as located at the junction of Oldfield Road and Woden Street. A row of terraced houses separated the works from Woden Street, and these faced the works of John Cameron

A steam-driven fire pump at Bradford Industrial Museum is typical of the John Cameron type. Similar pumps were made by many companies, but in view of the proximity of Rose's and Cameron's works, it seems likely that this one was made by John Cameron.