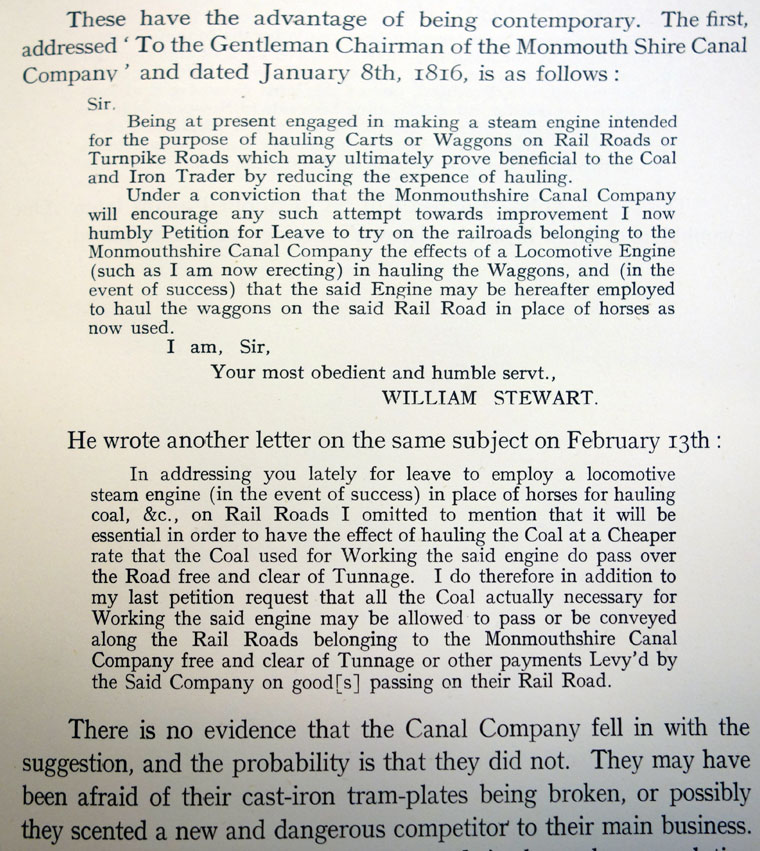 1814 A unknown type of locomotive was built for the Park End Colliery Co in the Forest of Dean but was not accepted. Other sources say that it worked sucessfully on the Lydney Railway