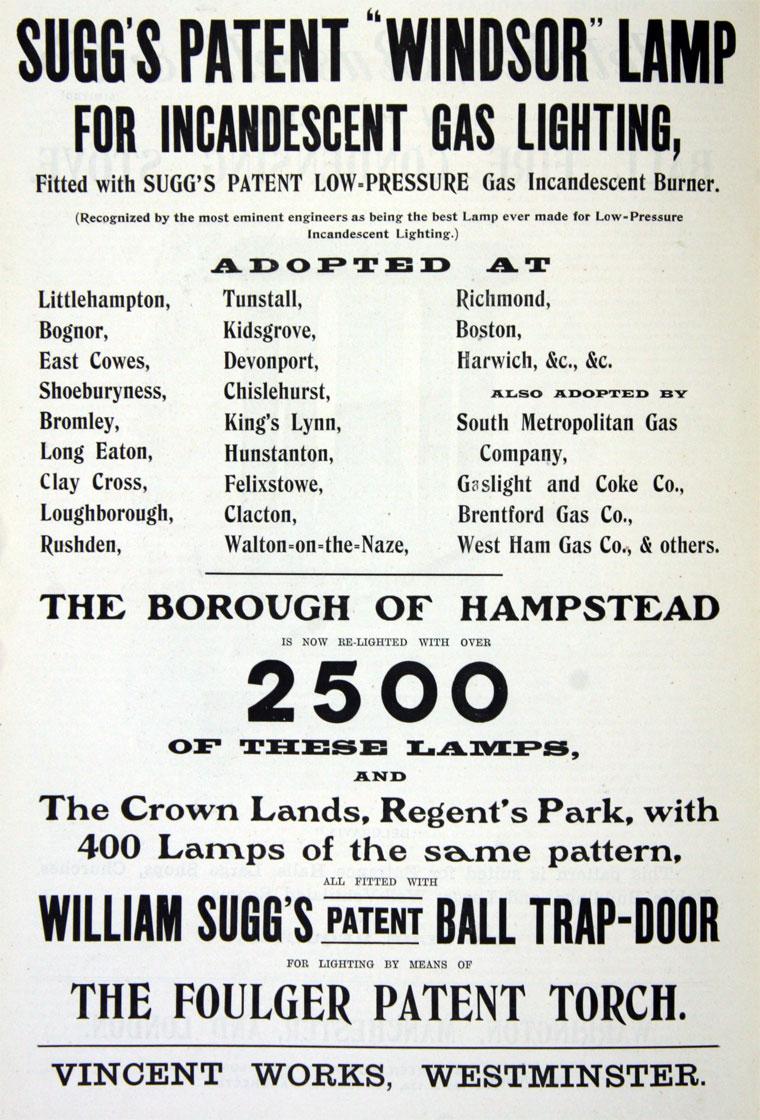 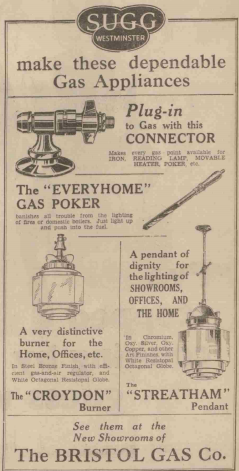 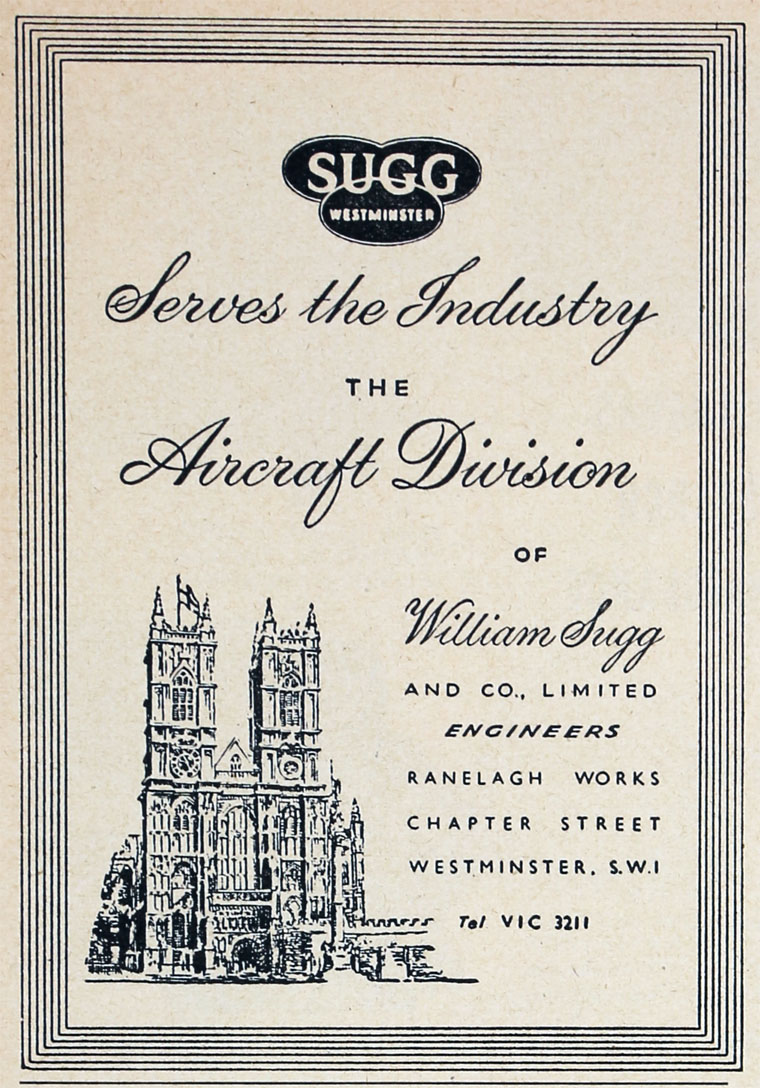 1881 Public company. Incorporated as a limited company. The company was registered on 30 June, to take over the business of Mr. Sugg as inventor, constructor and vendor of gas-burning appliances. [3]

1911 Sugg and Co exhibited a gas calorimeter, at the Physical Society's Exhibition[4]

Contributor FG on 9th November 2011 writes: I went to work at Suggs of Regency Street when I was 14 in 1935 and stood at a row of lathes fed by belts from a long overhead drive shaft but had to leave after a few months because brass filings used to get into my clothing and then eventualy into my skin causing scratching all day