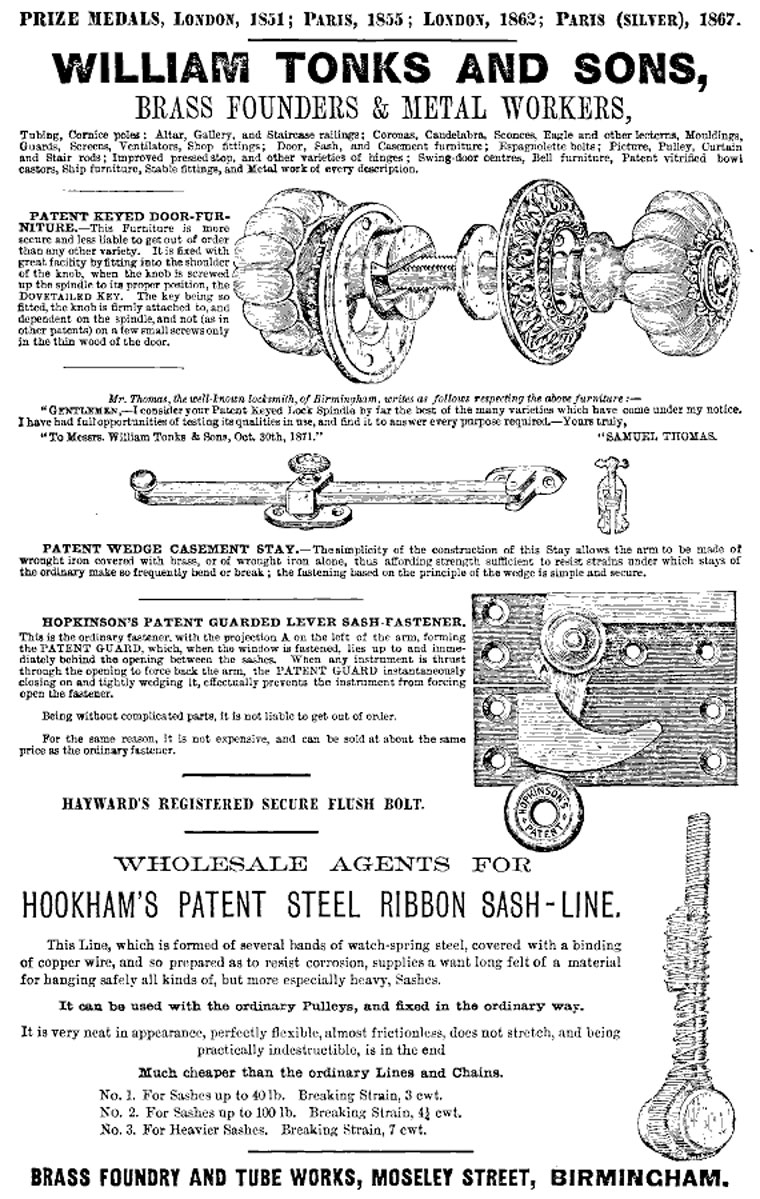 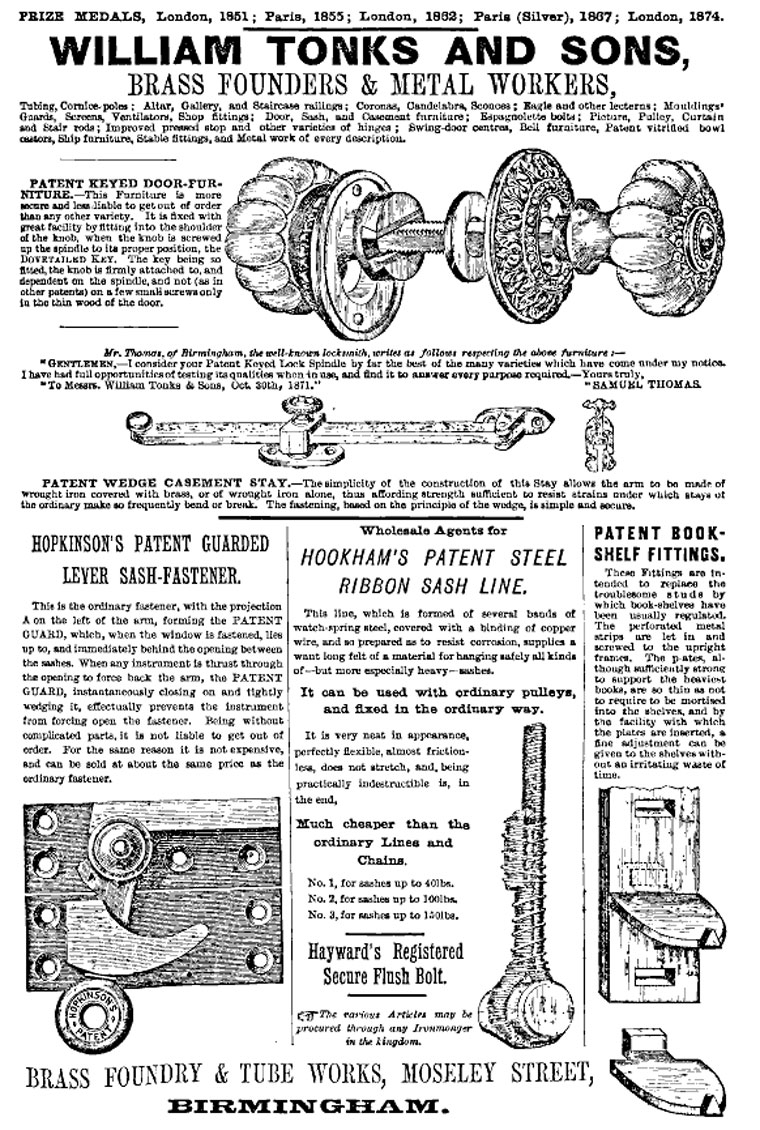 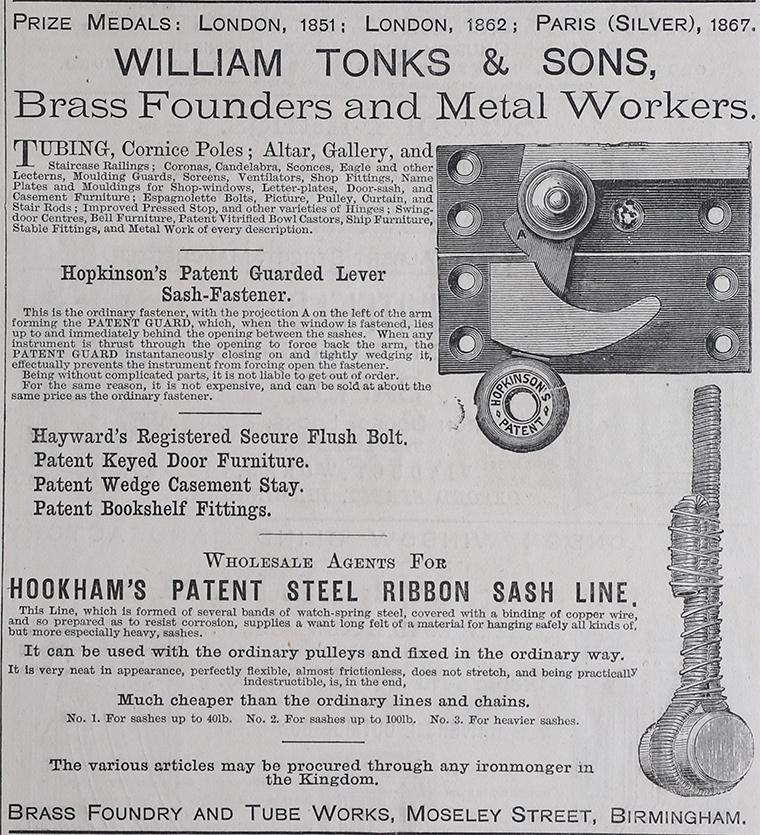 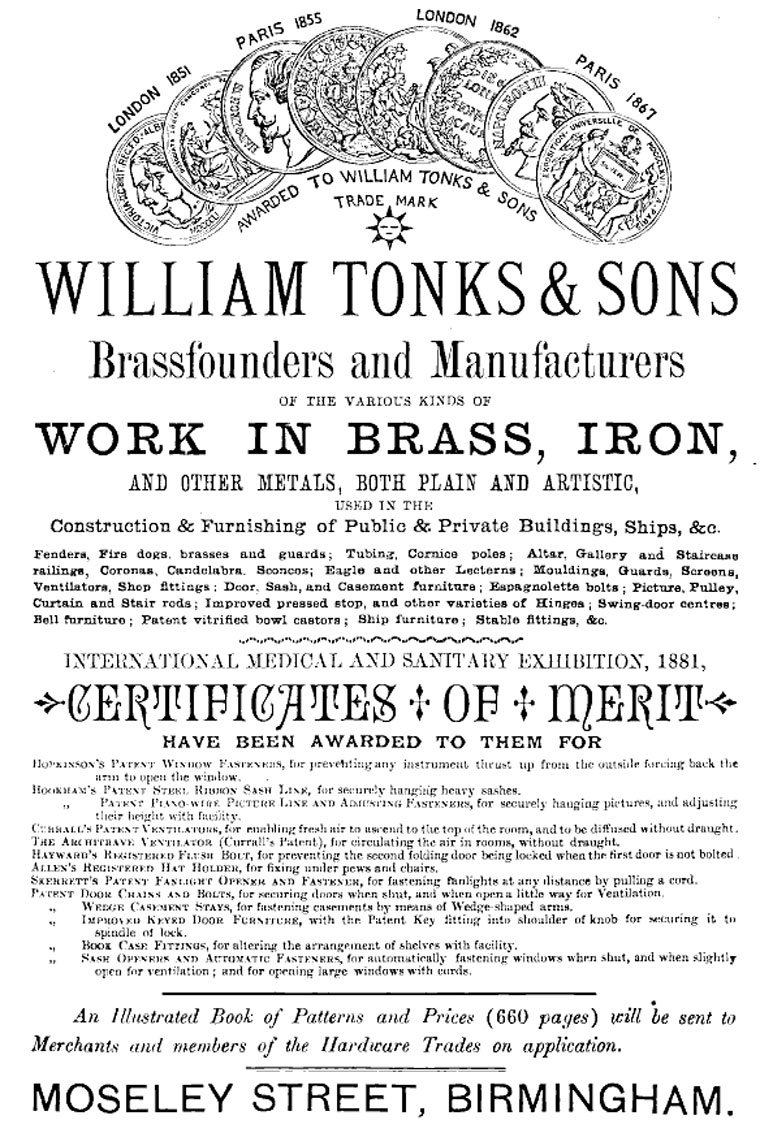 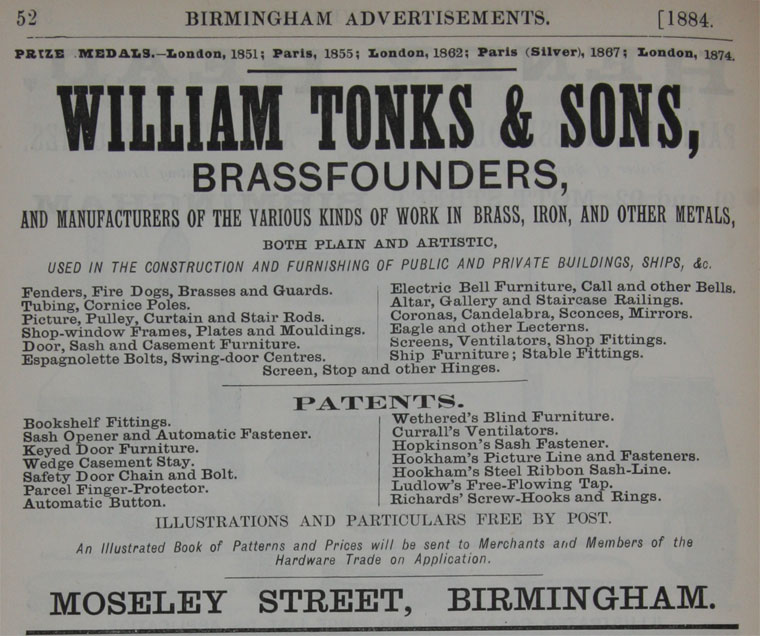 1852 Partnership dissolved. '...the Copartnership heretofore existing between us, the undersigned, William Bedington and William Tonks, carrying on business as Brassfounders, in Cheapside, Birmingham, was dissolved by mutual consent, on the 24th day of June last. All debts due and owing to and from the said copartnership will be received and paid by the said William Tonks, by whom the said business will in future be carried on...'[2][3]

1866 Patent. '784. And Edmund Tonks, of the firm of William Tonks and Sons, of Birmingham, in the county of Warwick, Manufacturers, has given the like notice in respect of the invention of "improvements in casement and other stays."'[4] Note: Other patents registered at various dates.

1889 Partnership dissolved. '... the Partnership heretofore subsisting between us the undersigned, Edmund Tonks and William Henry Tonks, carrying on business as Brassfounders at Moseley-street, Birmingham under the style or firm of W. Tonks and Sons, has been dissolved, by mutual consent...'[6]