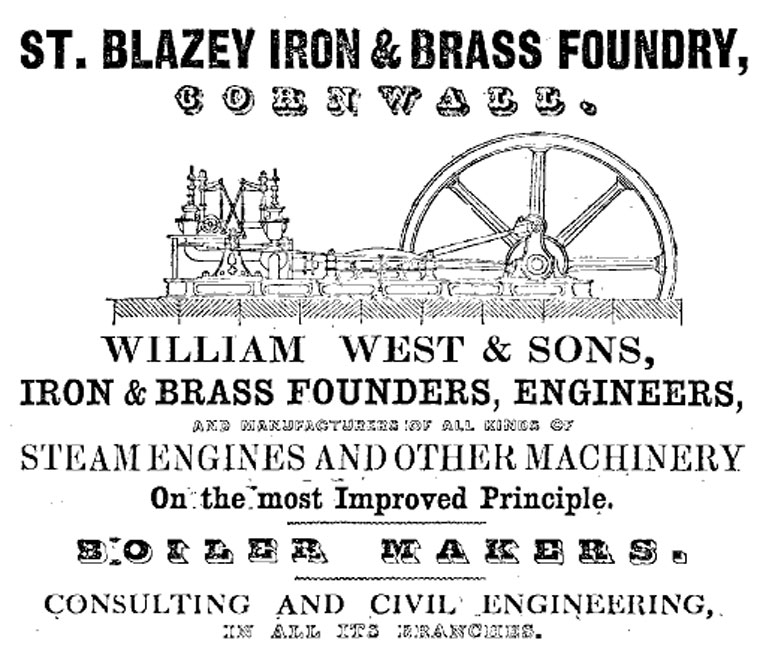 1848 Founded by William West; the company to work the Newquay and Cornwall Junction Railway which opened in 1869. Possibly built four locomotives.

1856 Took over the Lower Foundry, formerly part of the St Austell Foundry of John Hodge[1]