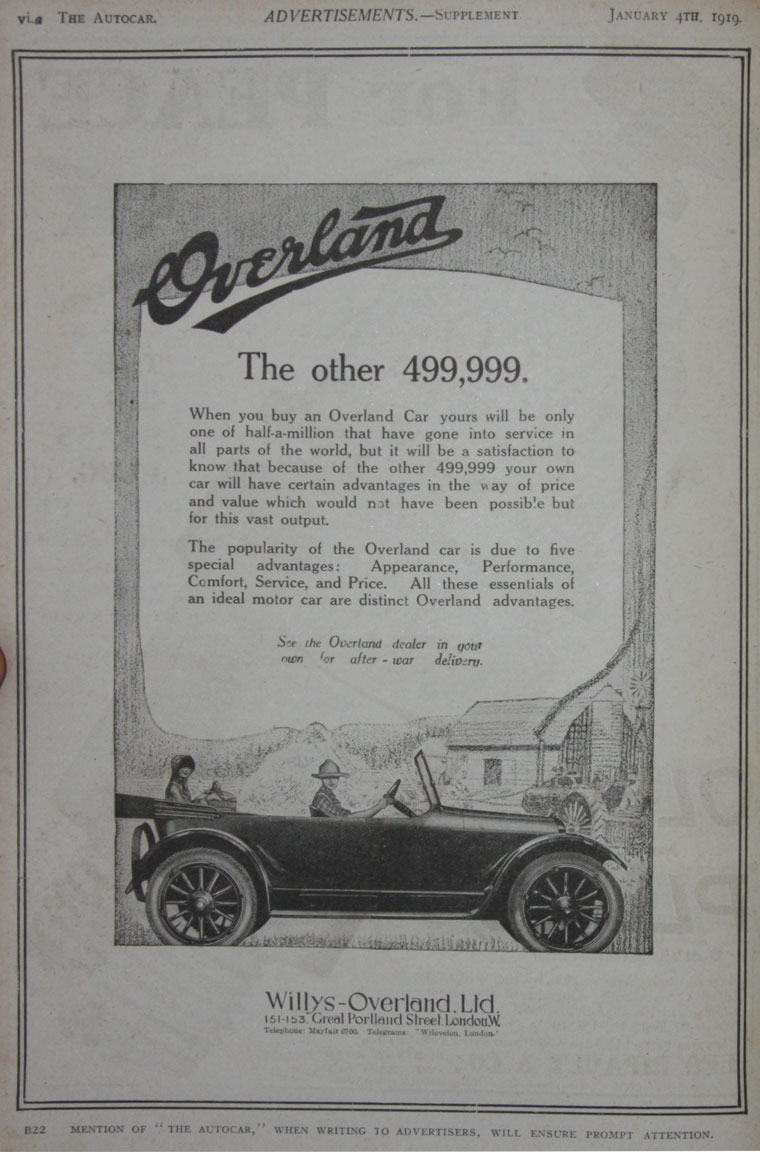 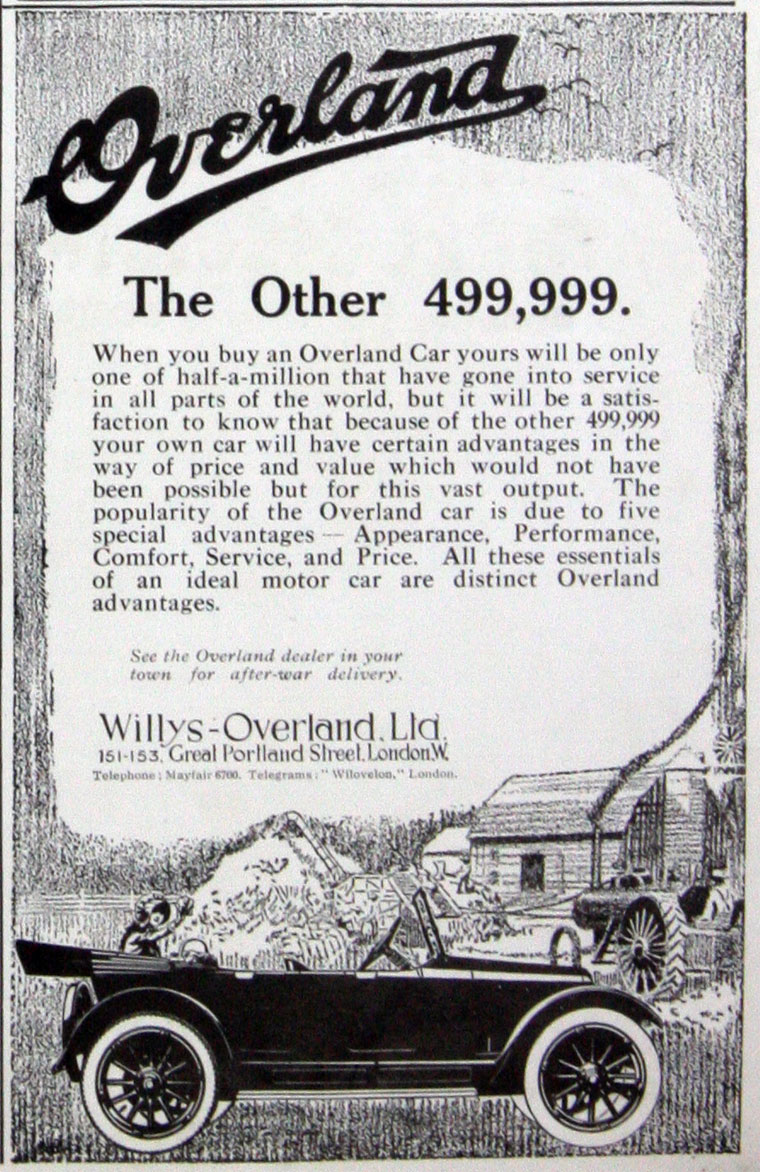 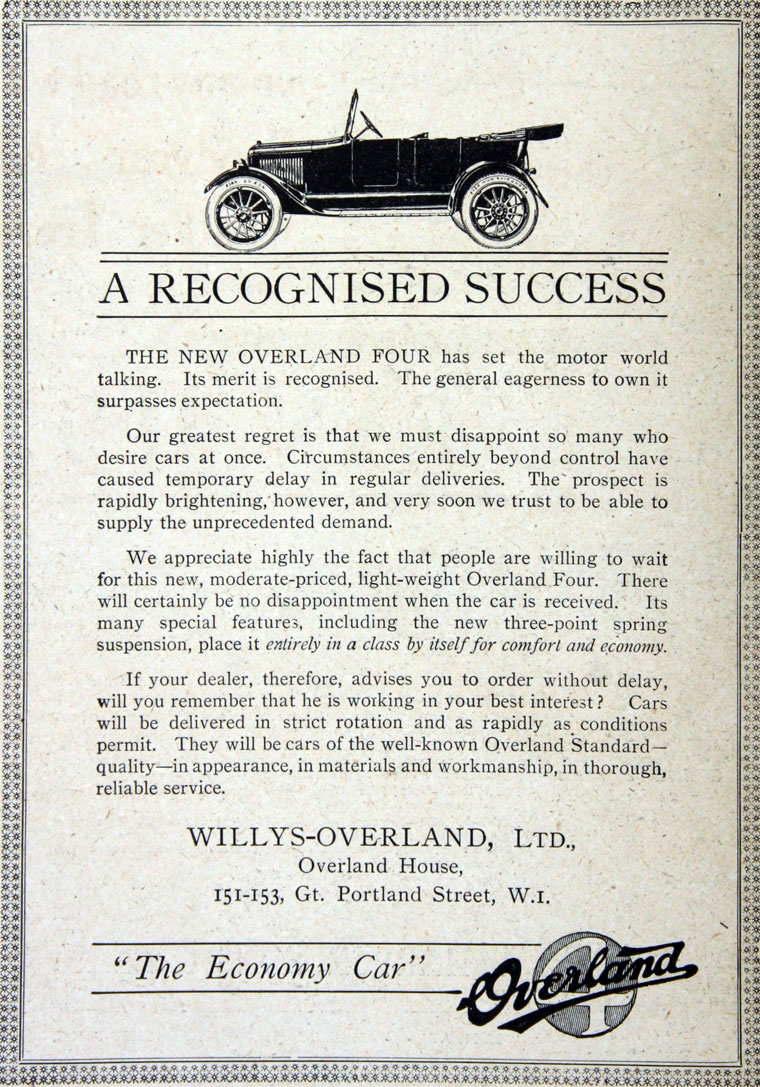 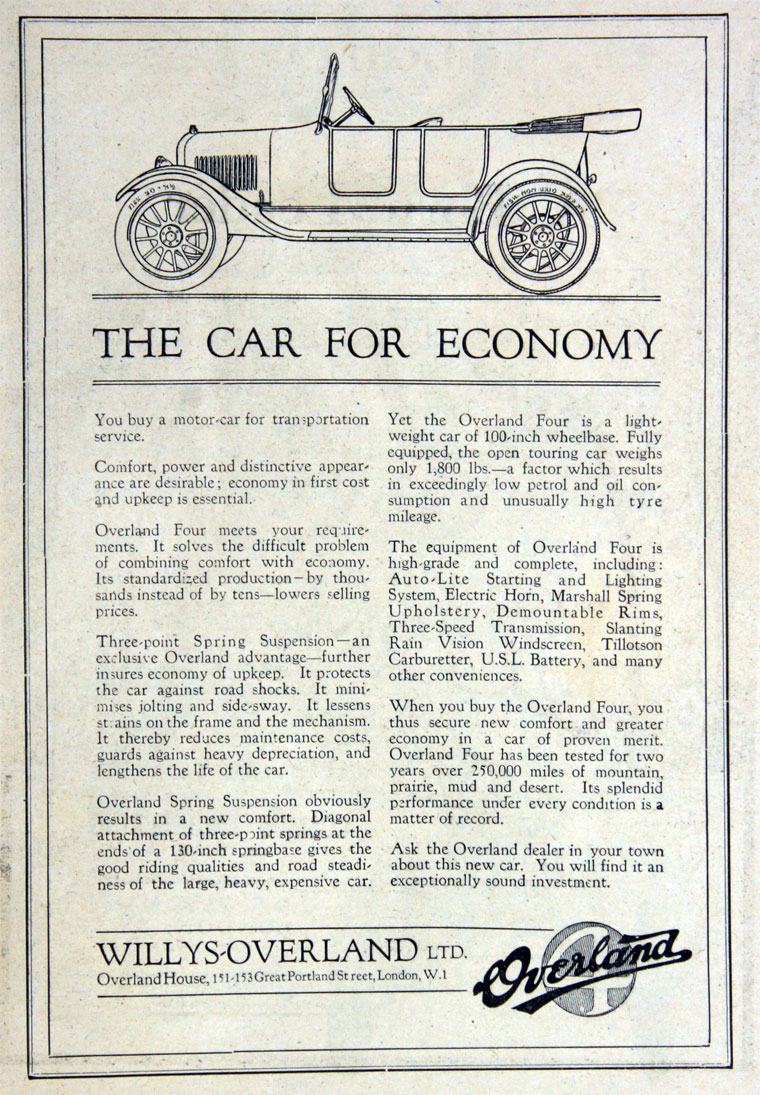 Willys-Overland Motors is a company in the USA best known for its production of military and civilian Jeeps.

1913 Death of George W. Bennett, vice president and general manager of Willys-Overland, Toledo. He was aged 49. He was born in Worthing, England.[1]

From 1912 to 1918, Willys was the second largest producer of automobiles in the United States behind only the Ford Motor Company.

1913-1917 Importer of Garford (American). For a list of the models and prices of Petrol Motor Commercial Vehicles see the 1917 Red Book

John North Willys of Willys-Overland was a strong promoter of the Knight Engine as was Frank Ballou Stearns of the F. B. Stearns Co. Willys produced the greatest number of Knight powered vehicles

Imported into the UK by the Anglo-American Motor Car Co