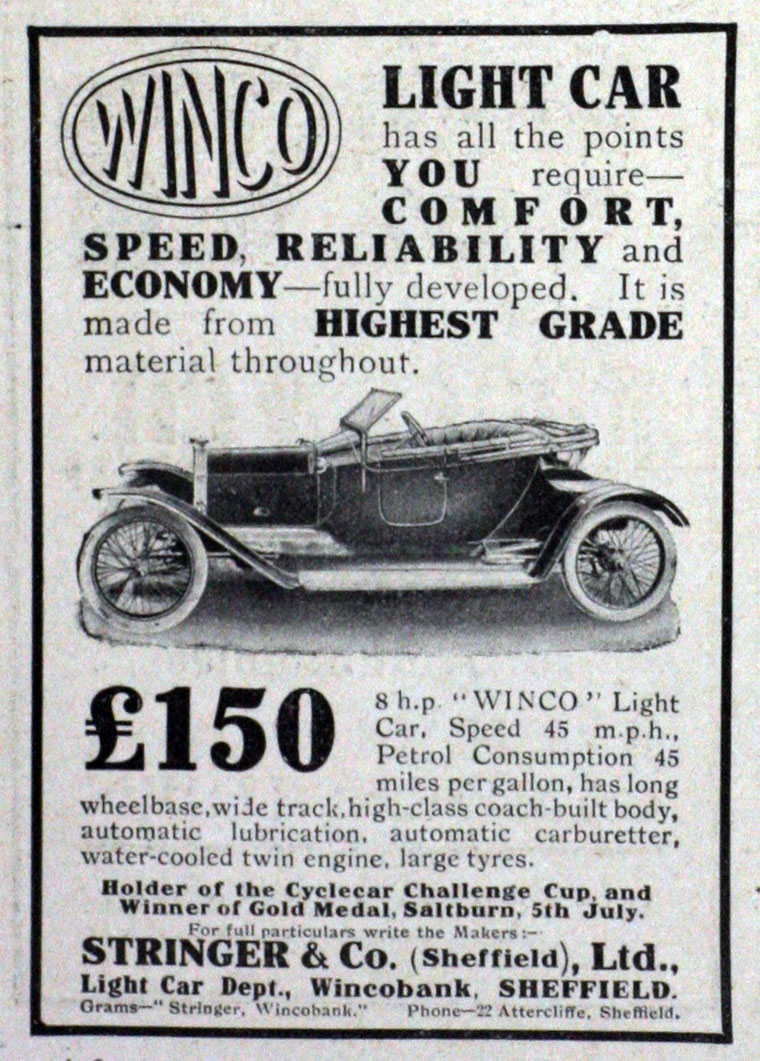 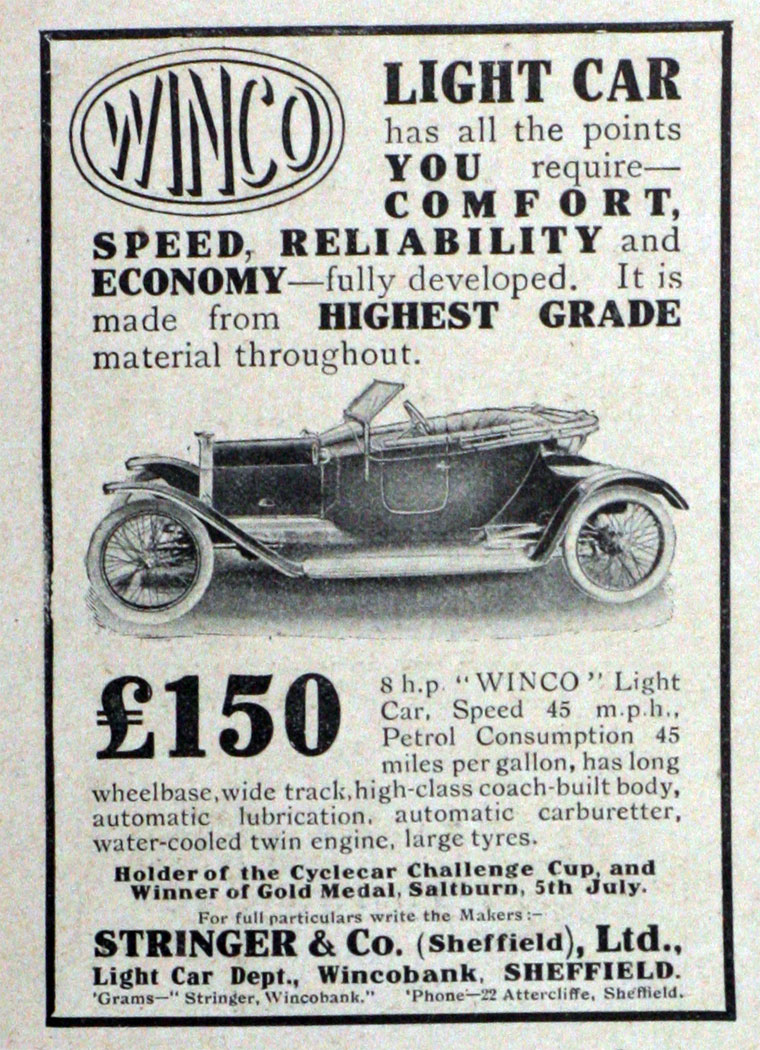 c.1913 Winco were a make of Light Cars made by Stringer and Co of Sheffield, and later made cars under the names of Stringer and Stringer-Winco.

From 1920-22 Winco was a motorcycle (presume this was the same concern).

For a few years after the end of World War I, there was a boom in the motorcycle trade. Many firms entered the market using proprietary components, probably assembled in a cycle shop or back-street garage. The engine on this model was a 261cc Precision single.

Few such firms lasted long without sufficient capital. The clever dealers had moved on, as this one did.