Grace's Guide is the leading source of historical information on industry and manufacturing in Britain. This web publication contains 148,109 pages of information and 233,634 images on early companies, their products and the people who designed and built them. 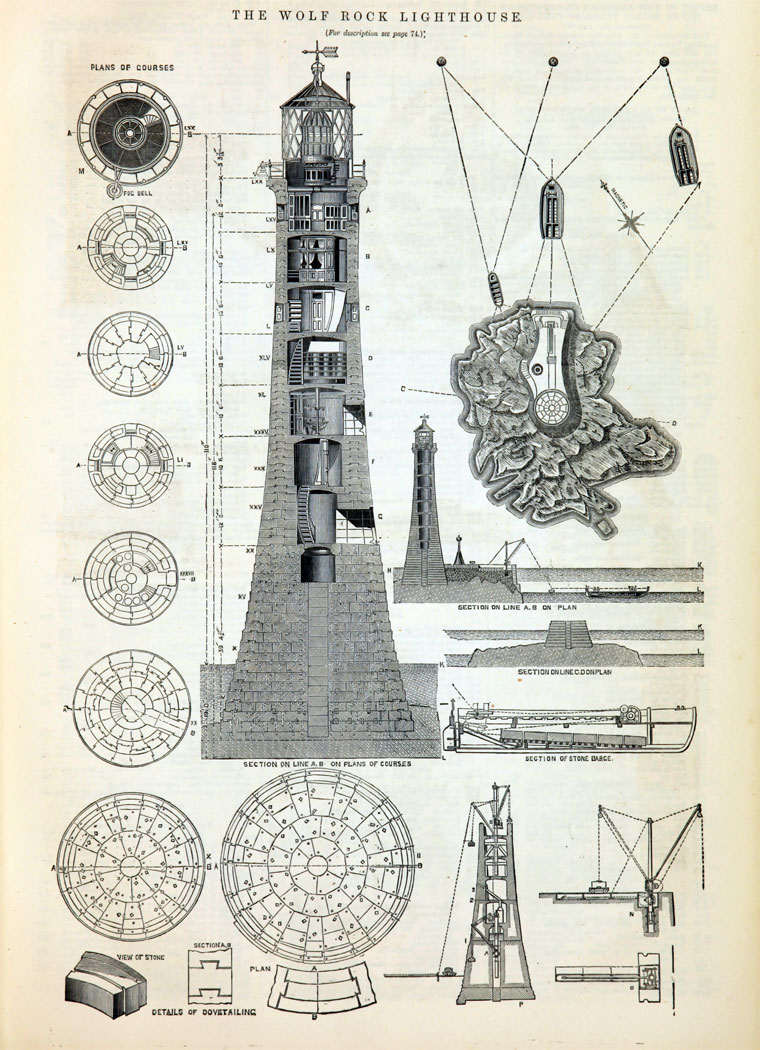 1795 A beacon was erected on the rock

1854 The beacon was destroyed in a gale

The lighthouse is 135 ft in height and is constructed from Cornish granite that was prepared at Penzance on the mainland of Cornwall. It took 9 years to build due to the treacherous weather conditions that brew constantly between Cornwall and Scilly.

The light can be seen from Land's End by day and night, and is almost exactly halfway between the Lizard and the Scilly isles. It has a range of 23 nautical miles and was automated in 1988.

The lighthouse was the first in the world to be fitted with a helipad.