Grace's Guide is the leading source of historical information on industry and manufacturing in Britain. This web publication contains 146,865 pages of information and 232,615 images on early companies, their products and the people who designed and built them. 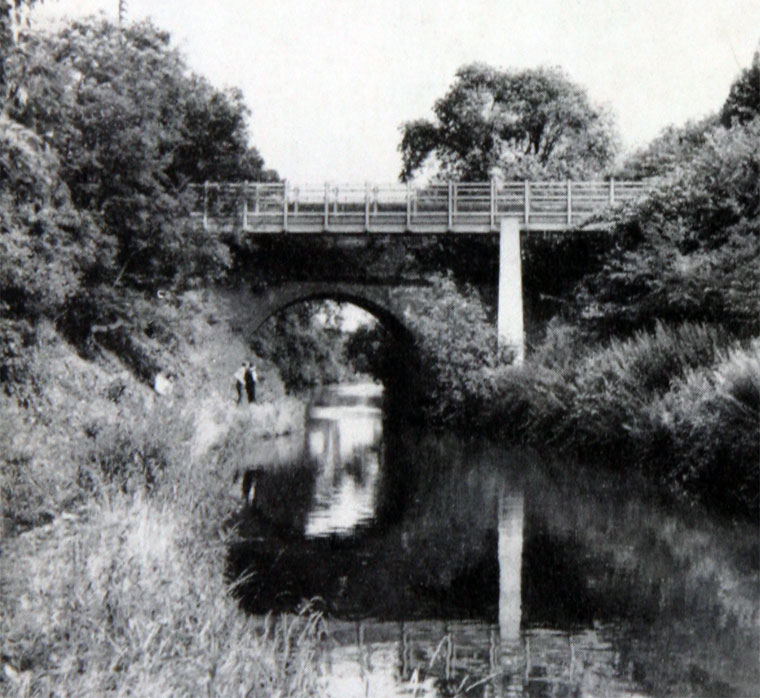 1961. Two bridges over the Worcester and Birmingham Canal.

The canal is 29 miles (47 km) long. There are 58 locks in total on the canal, including the 30 Tardebigge Locks, one of the largest lock flights in Europe. The canal climbs 428 feet (130 m) from Worcester to Birmingham.

The canal was surveyed by Josiah Clowes and John Snape. Its engineers changed often, and included Thomas Cartwright, John Woodhouse and William Crosley [1].

This canal and the Birmingham Canal terminates at the Gas Street Canal Basin in Birmingham.

1815 After much lobbying by iron and coal masters and the Worcester and Birmingham Canal Company, an Act of Parliament was passed to open up the Worcester Bar at Gas Street Canal Basin; nestled in the centre of the city, which has more miles of canal than Venice, this is a picturesque basin. It was once lined with Victorian warehouses, now demolished.