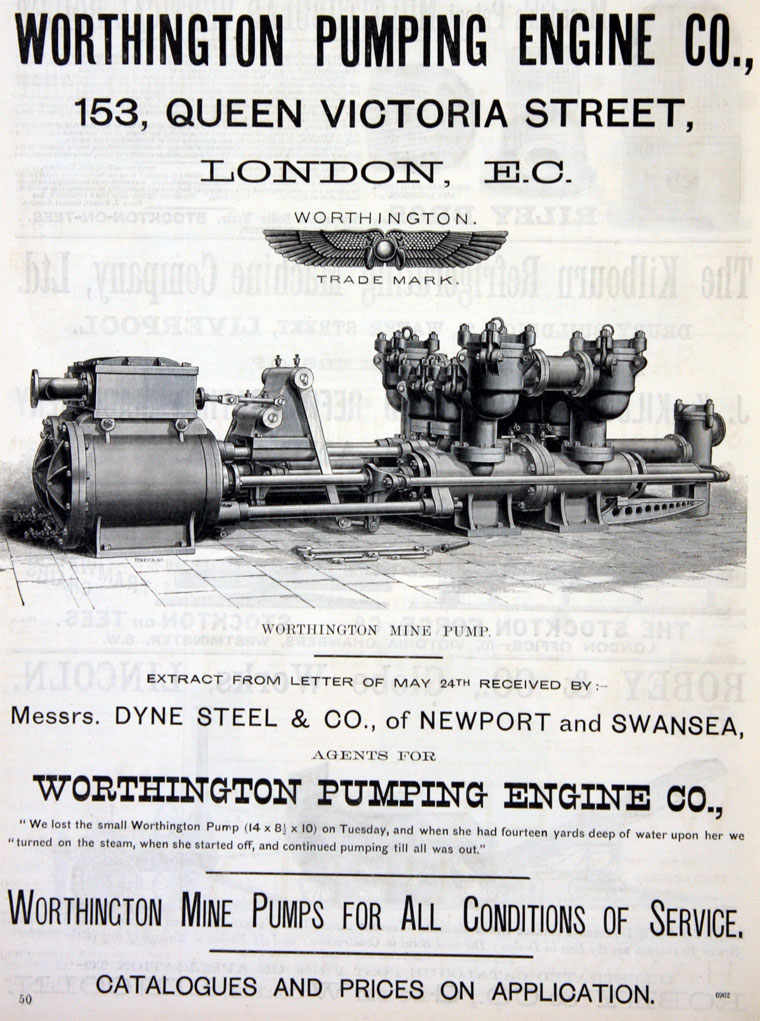 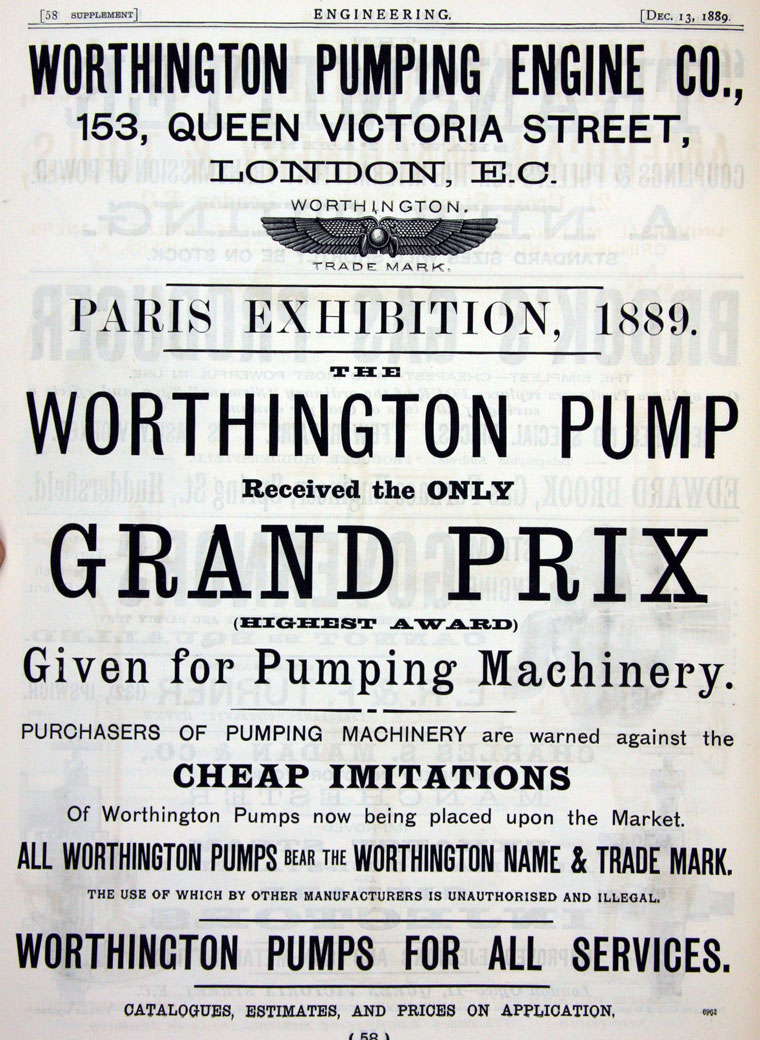 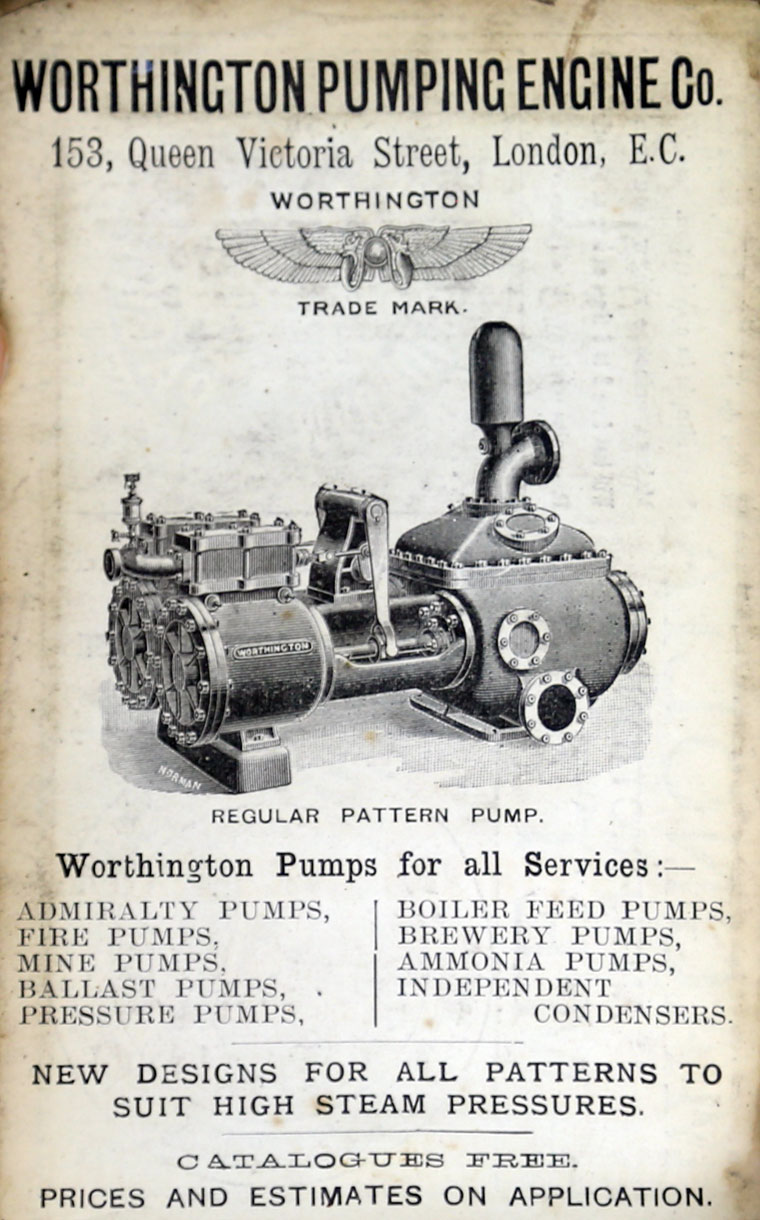 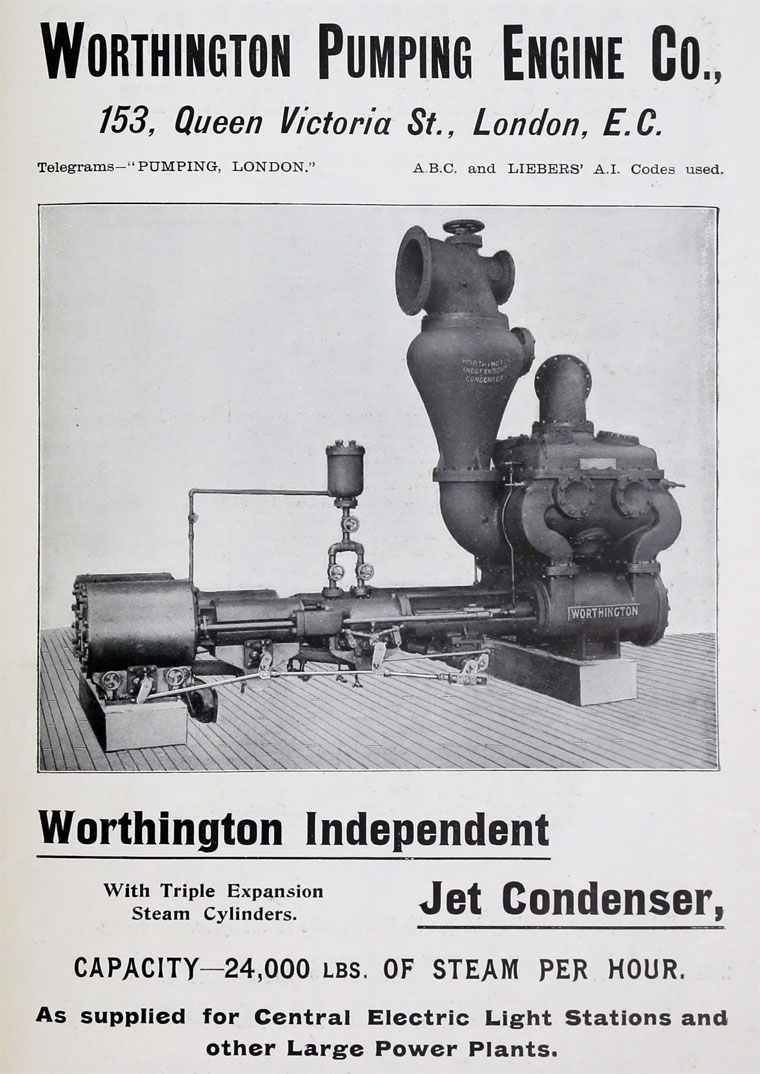 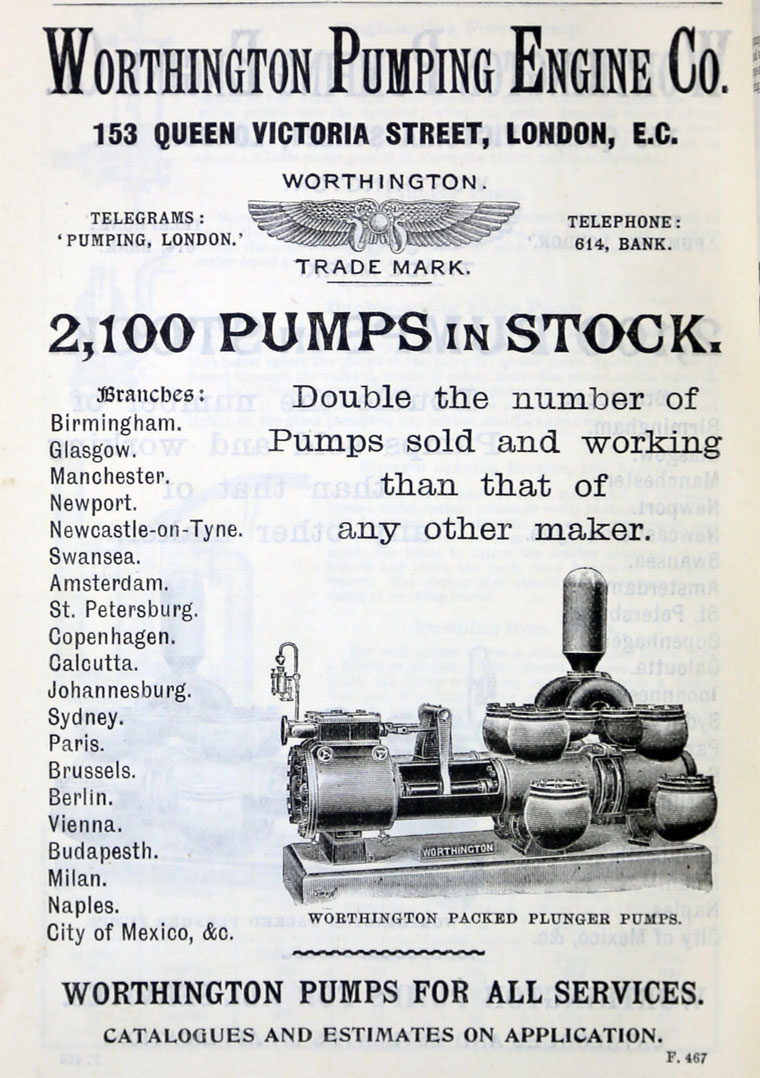 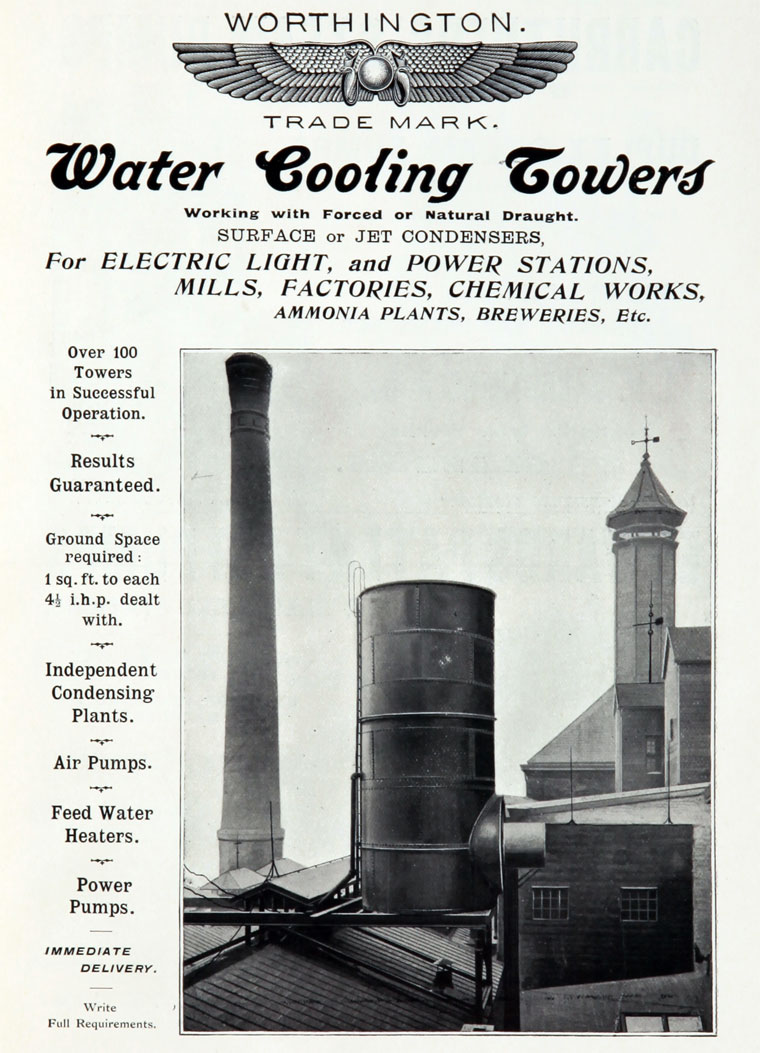 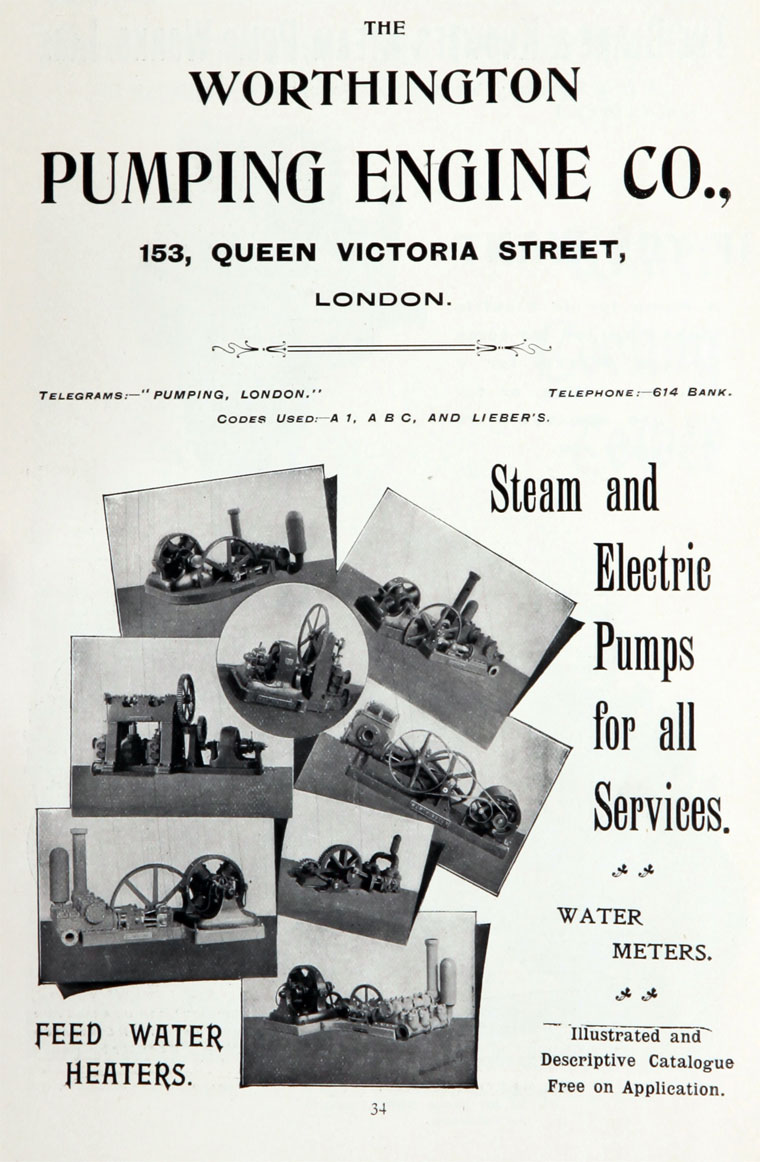 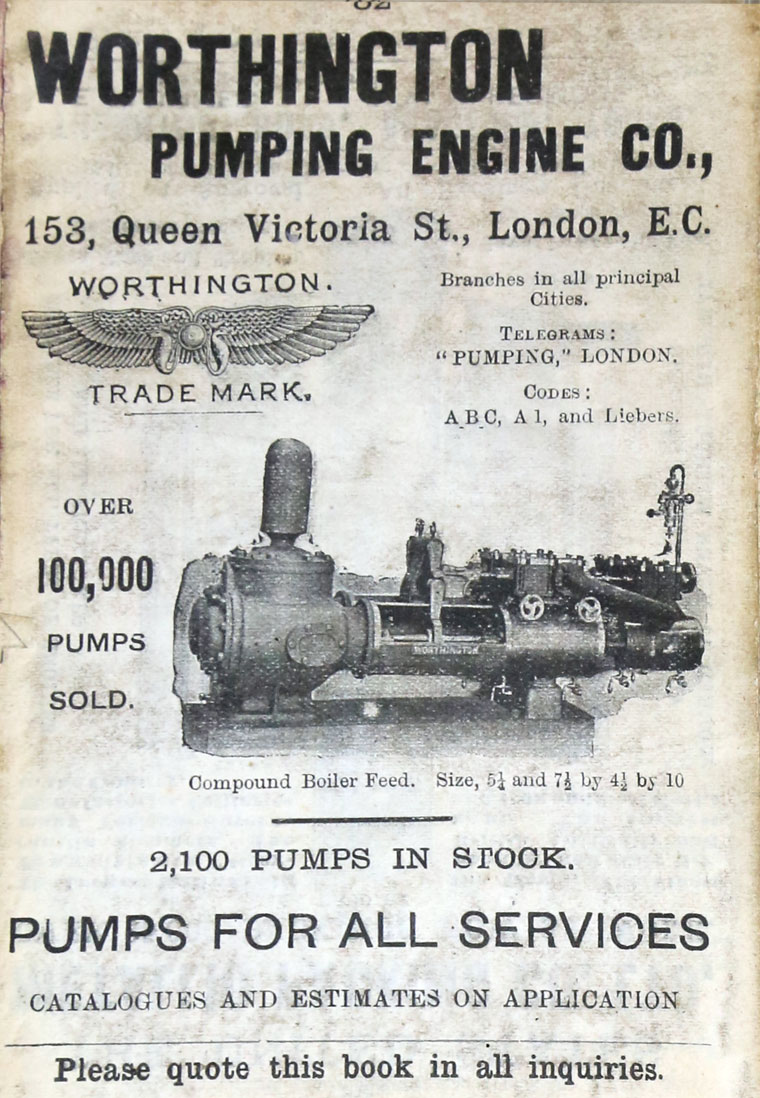 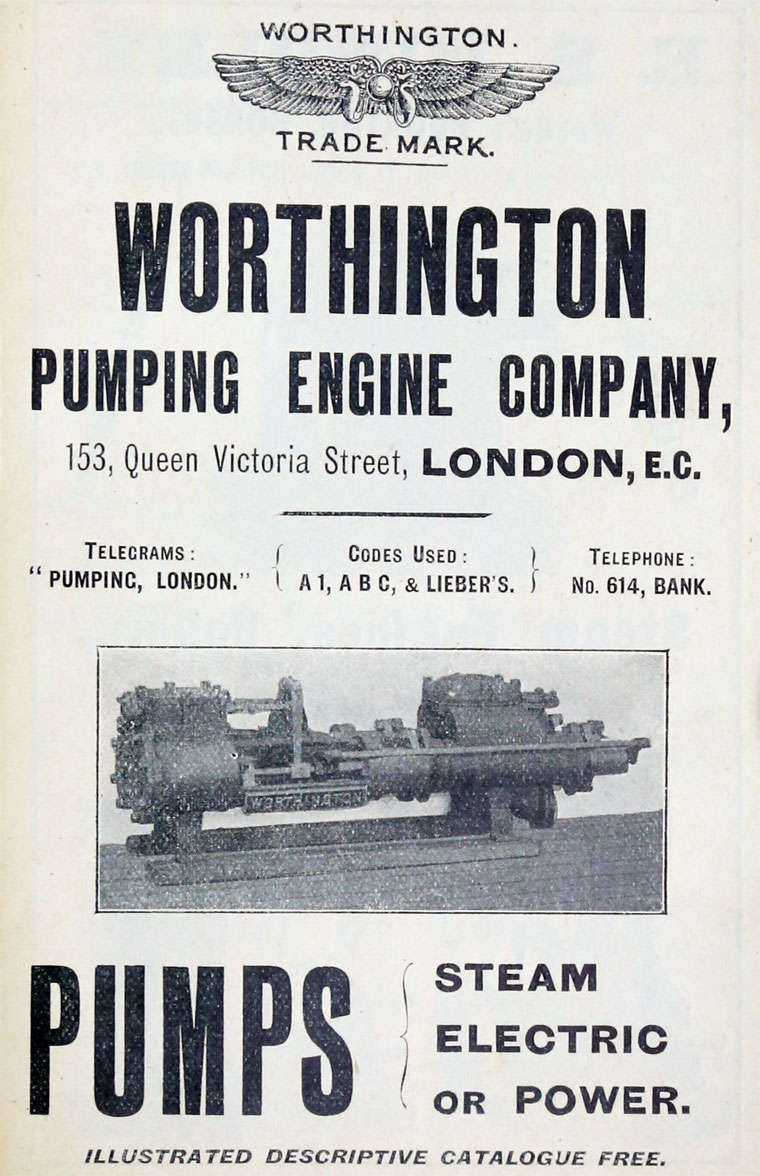 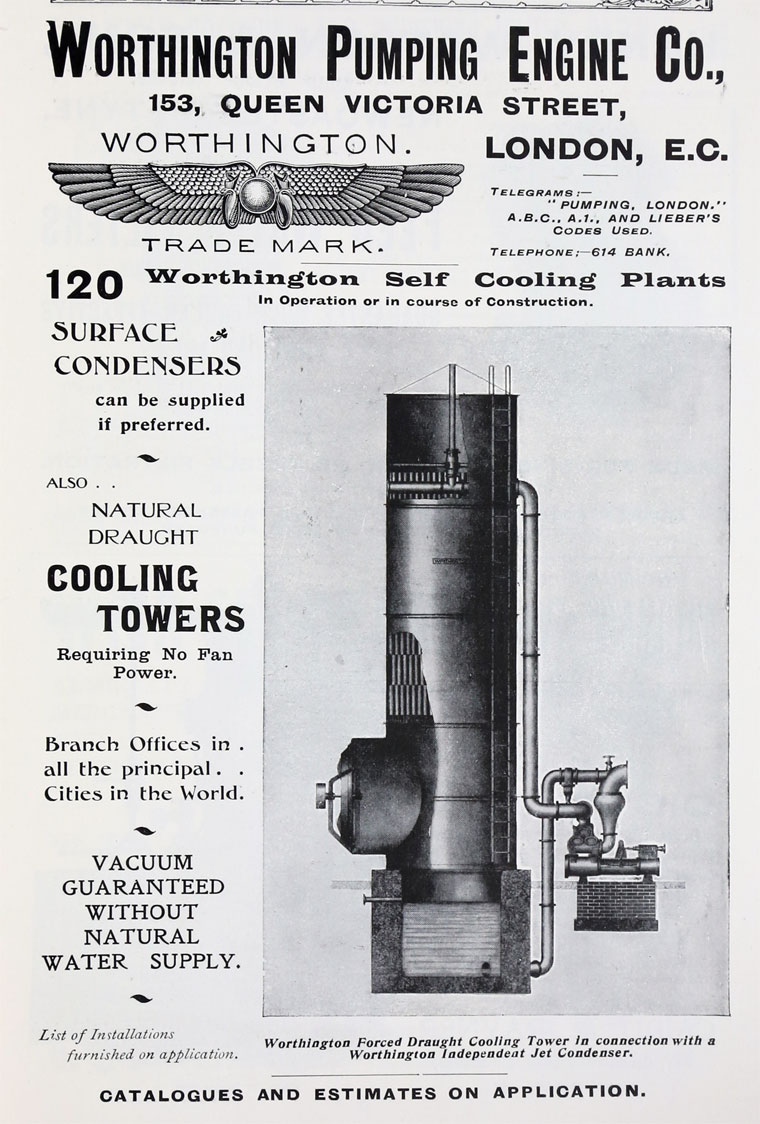 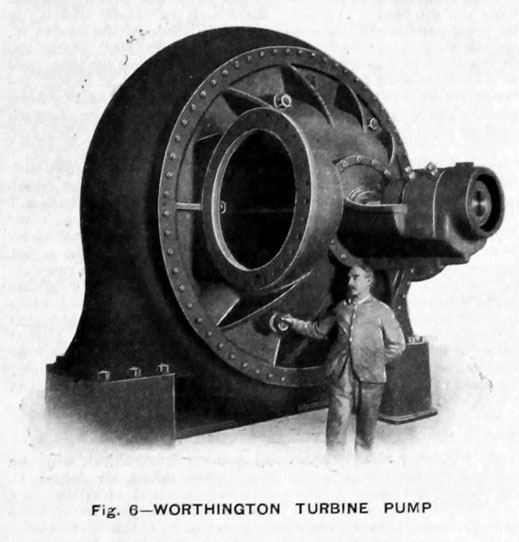 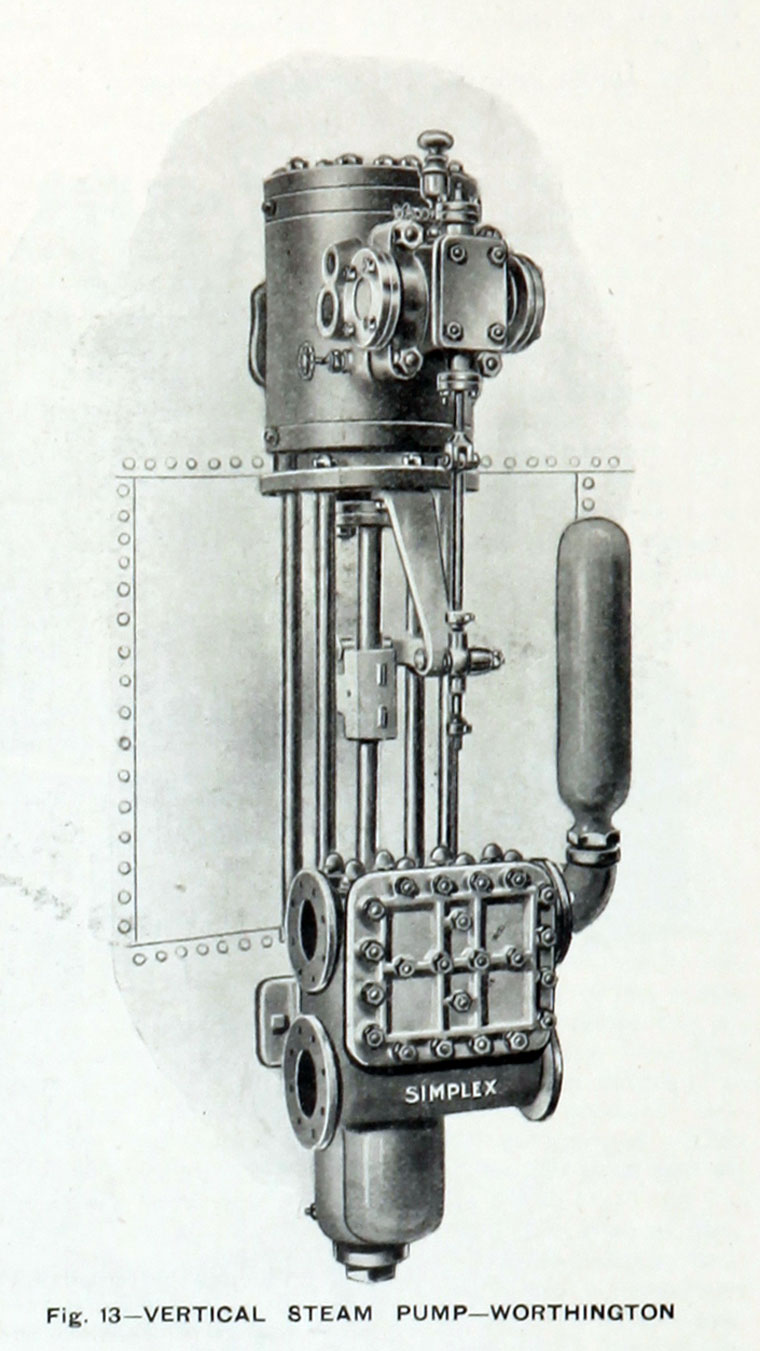 1885 An order for high pressure pumps to supply the British Army in Sudan with water was awarded to the Worthington Pumping Engine Co; this caused an outcry which brought the matter to the notice of James Simpson and Co who secured sole rights for manufacture of Worthington pumps[3]. This led to an association between the 2 companies which later led to the merger in 1903. See Worthington Simpson

1917 Name changed to Worthington Simpson Ltd when control passed into the hand of the American associates.

Also see Worthington Pump and Machinery Corporation of the USA