Grace's Guide is the leading source of historical information on industry and manufacturing in Britain. This web publication contains 148,506 pages of information and 233,942 images on early companies, their products and the people who designed and built them. 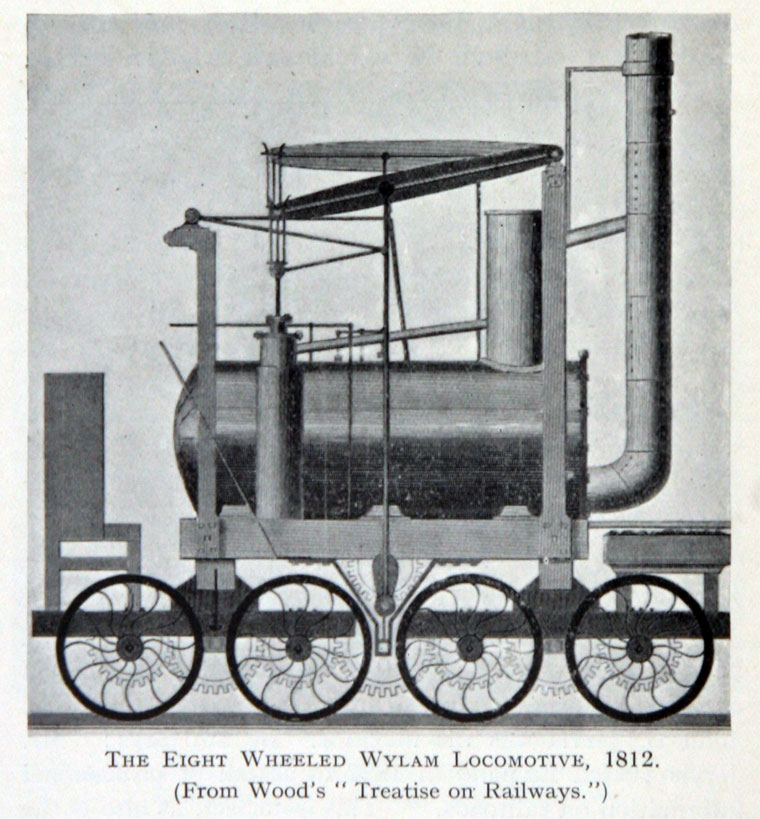 John Blackett (1712-1779) established coal mining and Wylam Colliery in the township in the mid 18th century.

1748 The waggonway connecting the colliery to the River Tyne at Lemington was built in 1748 and the colliery continued to flourish until about 1870.

Richard Trevithick built one of his first locomotives for the colliery.

The Blackett family were keenly involved in the development of steam power for the improvement of coal transportation.

1781 George Stephenson was born in Wylam.

1829 Christopher Blackett remained in charge of the colliery until his death.

"On the Wylam Railway the engines employed in 1825 were, in consequence of their extreme weight, placed on eight wheels, disposed in two groups of four, each of which was arranged under a distinct frame or "bogie." The total load being so placed on two frames connected by swivelling joints to the principal frame, not only was the load widely distributed upon the rails, the wheels were also enabled, notwithstanding the extended base which they presented to pass round sharp curves with freedom. This was the first application of the bogie frame system, though it had been proposed long previously by the Chapmans, who described it in their patent of 1812." - This statement by D. K. Clark although backed by no evidence, was accepted by most engineers for years as being the first bogie locomotive. Later in The Engineer 1925/08/21 the debate was opened again for discussion with criticisms.