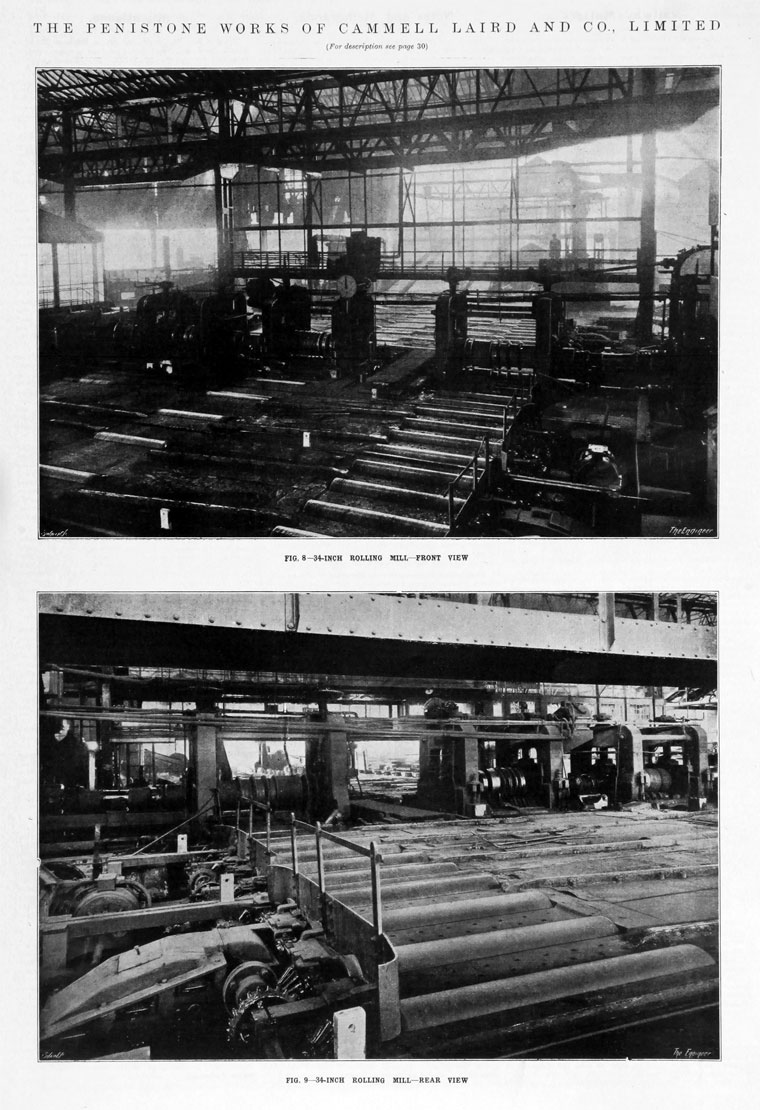 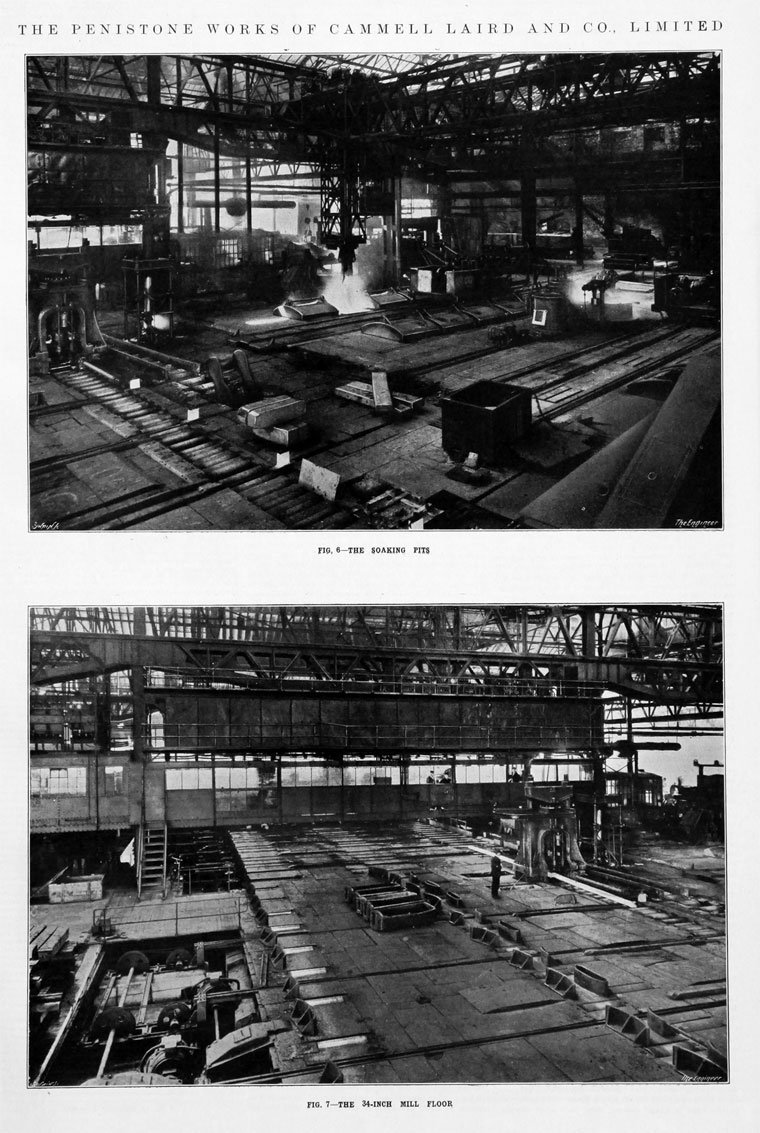 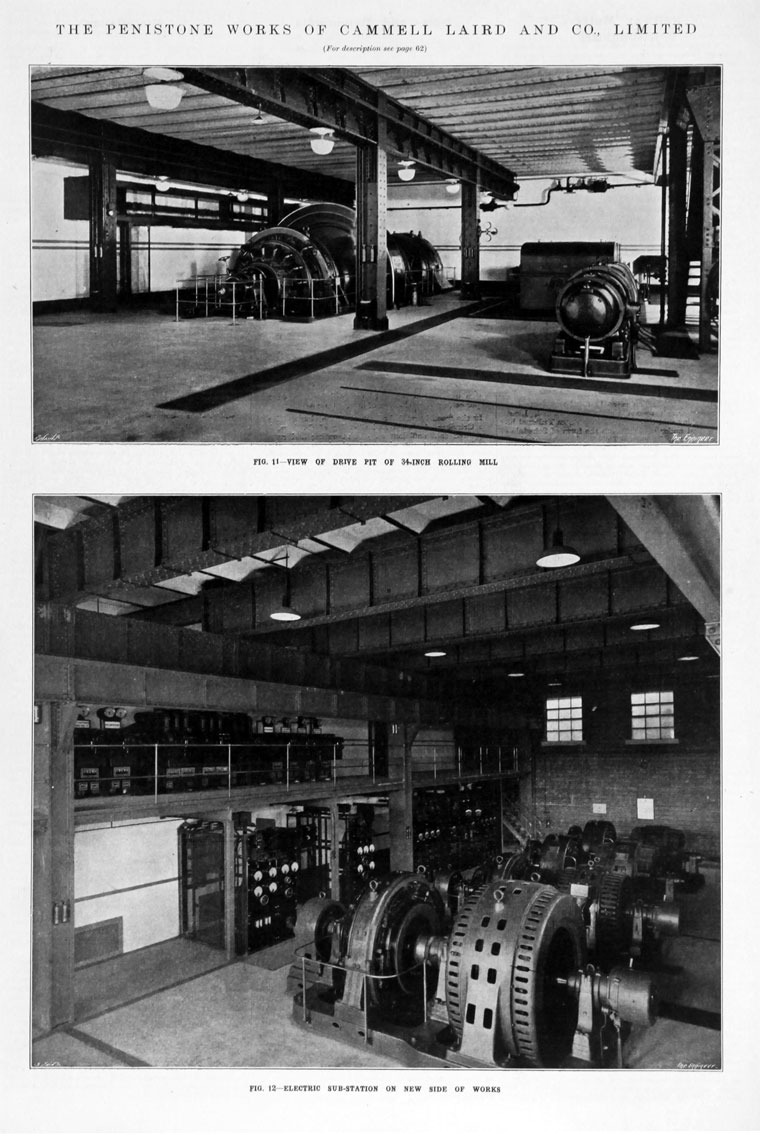 of Penistone, near Sheffield

1863 and 1864 Daniel Adamson erected the Yorkshire Steelworks at Penistone as part owner. This was the first works in the UK that depended entirely on the making of steel on a large scale solely by Bessemer plant.

1864 Charles Cammell and Co purchased from Messrs. Bensons, Adamson and Garnetts the works at Penistone known as the Yorkshire Iron and Steel Works.[1]

1898 'BURSTING OF A FLY WHEEL. SERIOUS DAMAGE AND LOSS OF LIFE. On Saturday a serious accident happened at the steelworks of Messrs Cammell and Company, Penistone, near Barnsley. The flywheel of the engine driving the rolling mill, suddenly burst asunder while revolving at a rapid rate. As the wheel measured 30 feet in diameter, and weighed 40 tons, the flying fragments naturally wreaked great havoc, and unfortunately caused loss of life and injury to workmen. So terrific was the momentum of the disintegrated wheel that one piece of metal weighing about three tons passed through the roof of the engine house and travelled a distance of 160 or 170 yards, alighting in a garden, where it embedded itself in the earth. Another piece weighing about two tons flew in an opposite direction, and passed through the roof of an adjoining rail shed. Another result of the accident was the breaking of the steam pipes, and this brought about the death of a man who was found lying on his face in a pool of hot water which had escaped from the pipes. Another workman also lost his life as the result of the accident, having been struck by a portion of the wheel, and others were seriously injured. [2]

"In May, 1864, Charles Cammell and Co., Limited, purchased from Messrs. Bensons, Adamson and Garnetts the works at Penistone known as the Yorkshire Iron and Steel Works, which had previously been employed for steel converting, refining, rolling, &c. The works were situated on the north-east side of the Manchester, Sheffield and Lincolnshire Railway, known later as the Great Central Railway, and now forming part of the London and North-Eastern system. The works, with such modifications as to keep them in line with the times, remained in their original condition until 1917, when Cammell, Laird and Co., Limited, were called upon to make a large increase in the output of steel for war purposes. With this object in view more land was a acquired, and about 40 acres were purchased on the south-west side of the railway on which to build a complete steel melting department. In order to expedite the finishing processes by the rolling mill plant, it was also decided practically to rebuild the whole works on the other side of the railway line so as to bring them in every respect up to date and to make them comparable with the most efficient works in any part of the world... Read More "