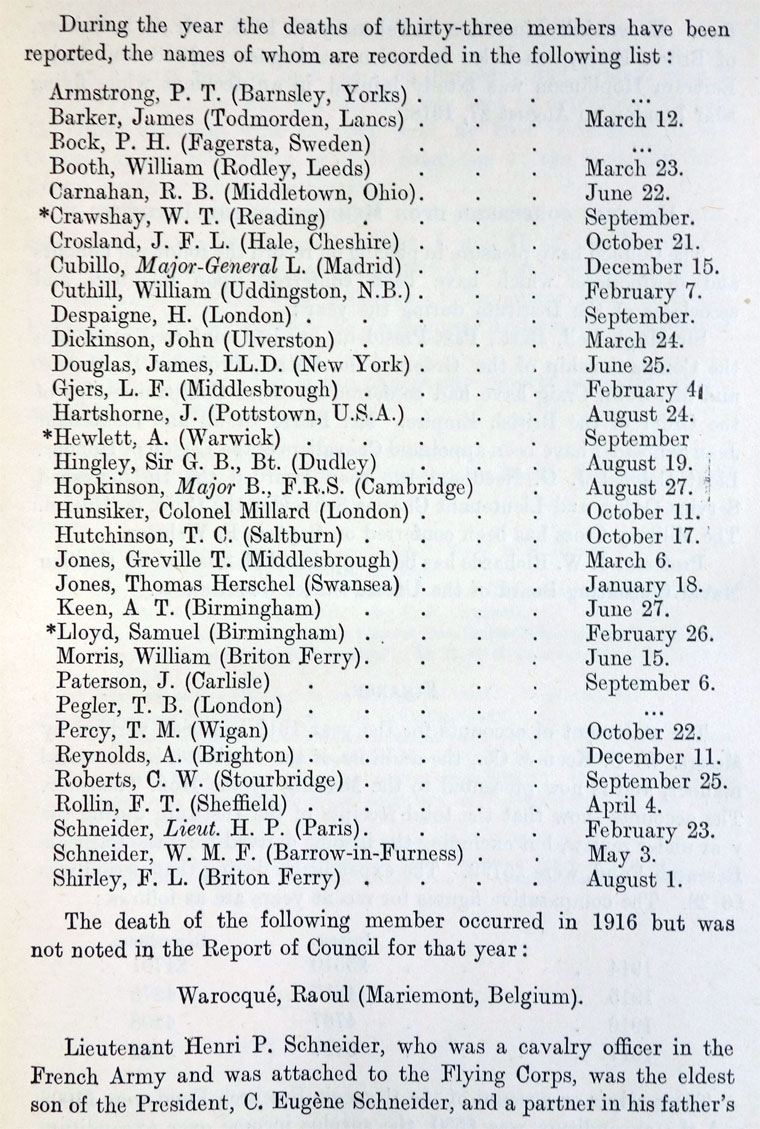 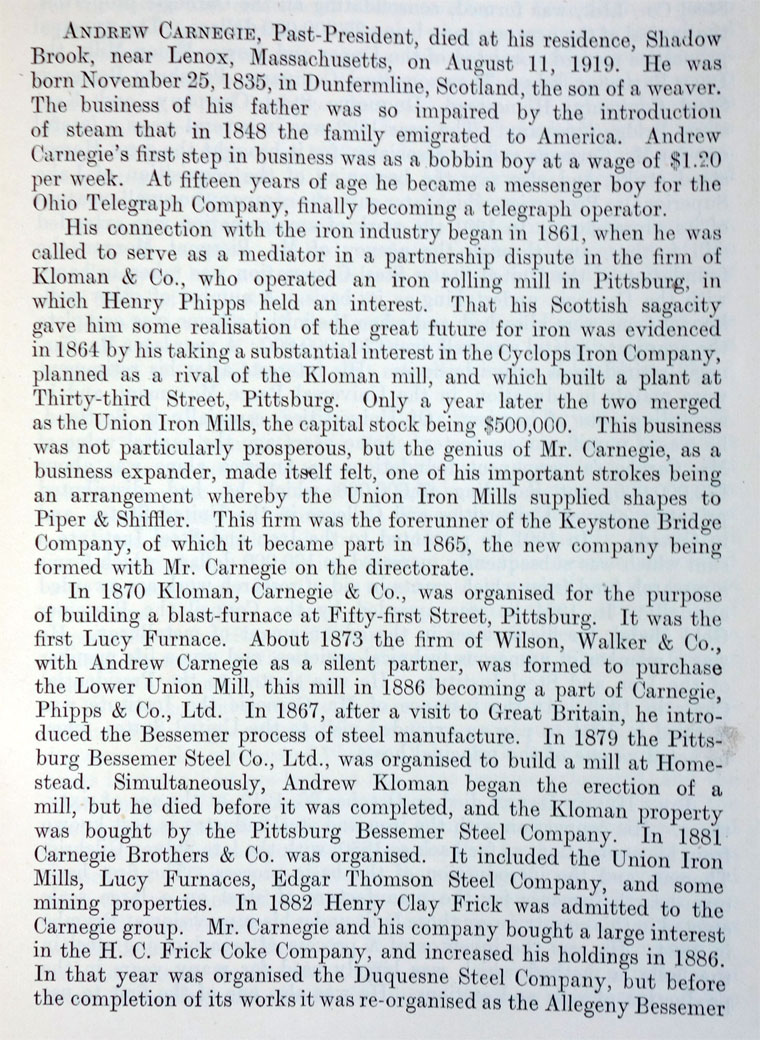 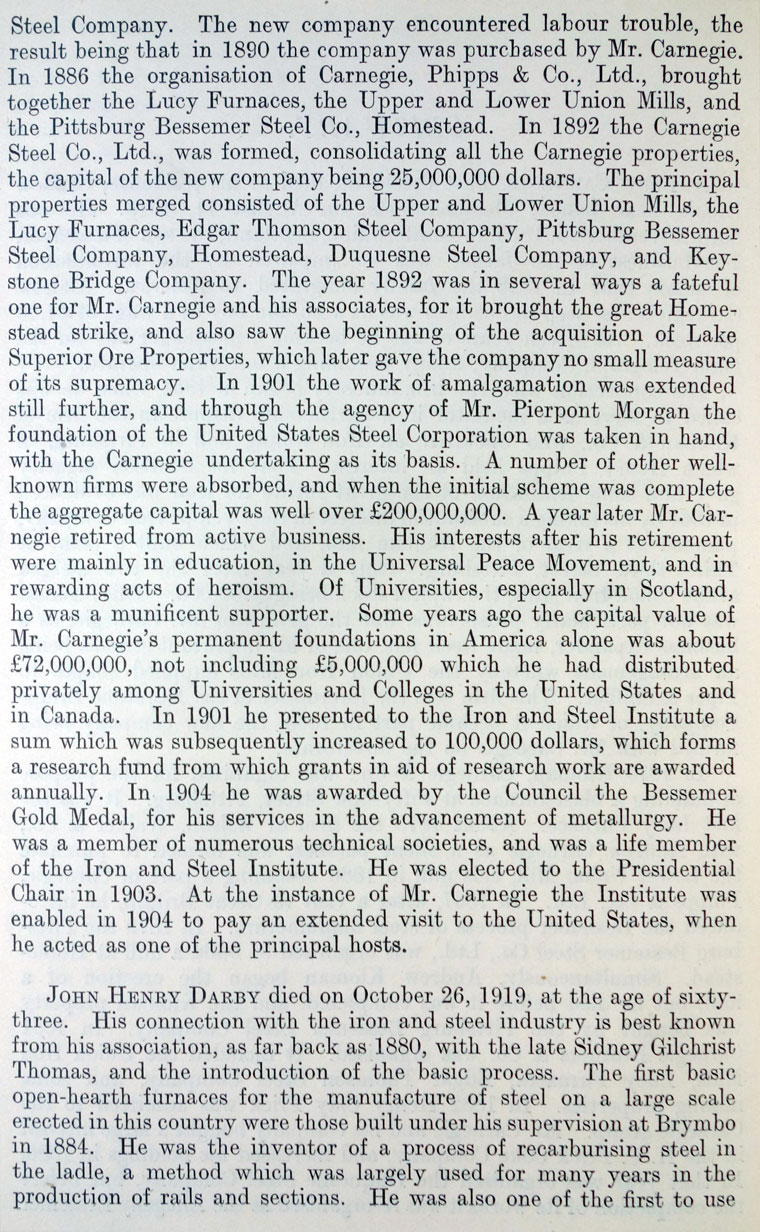 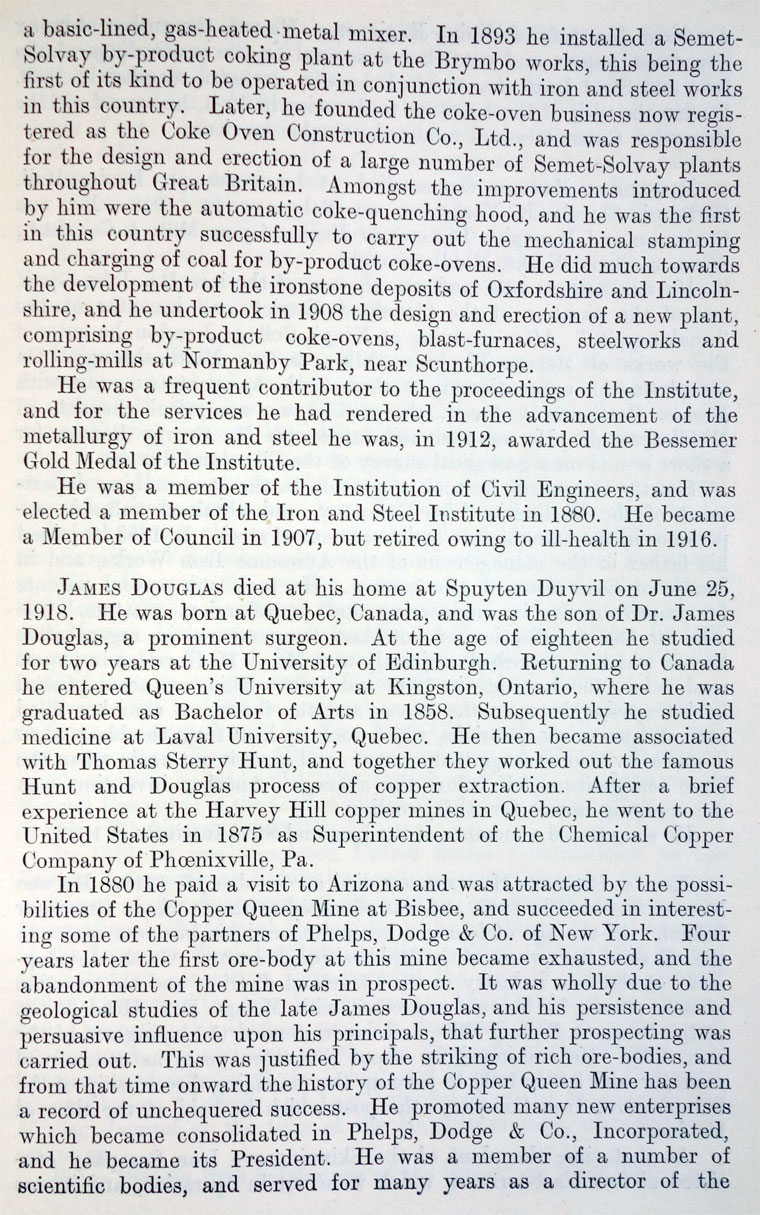 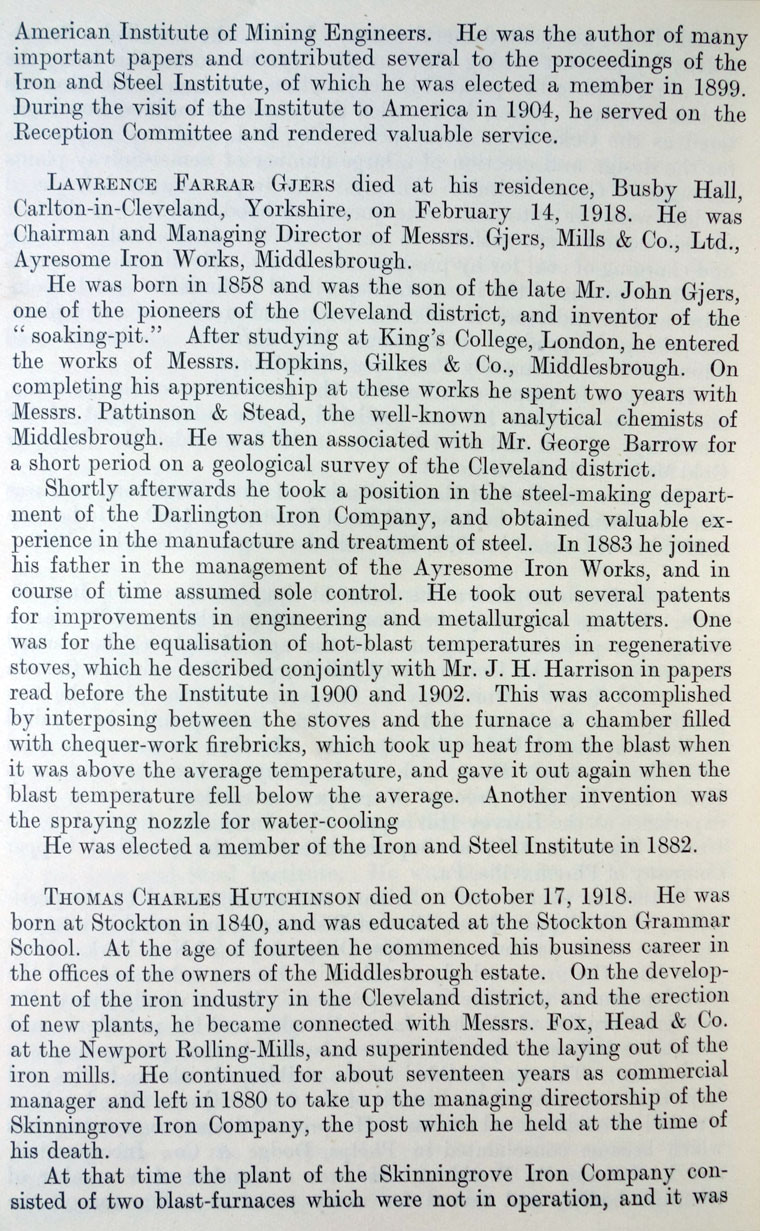 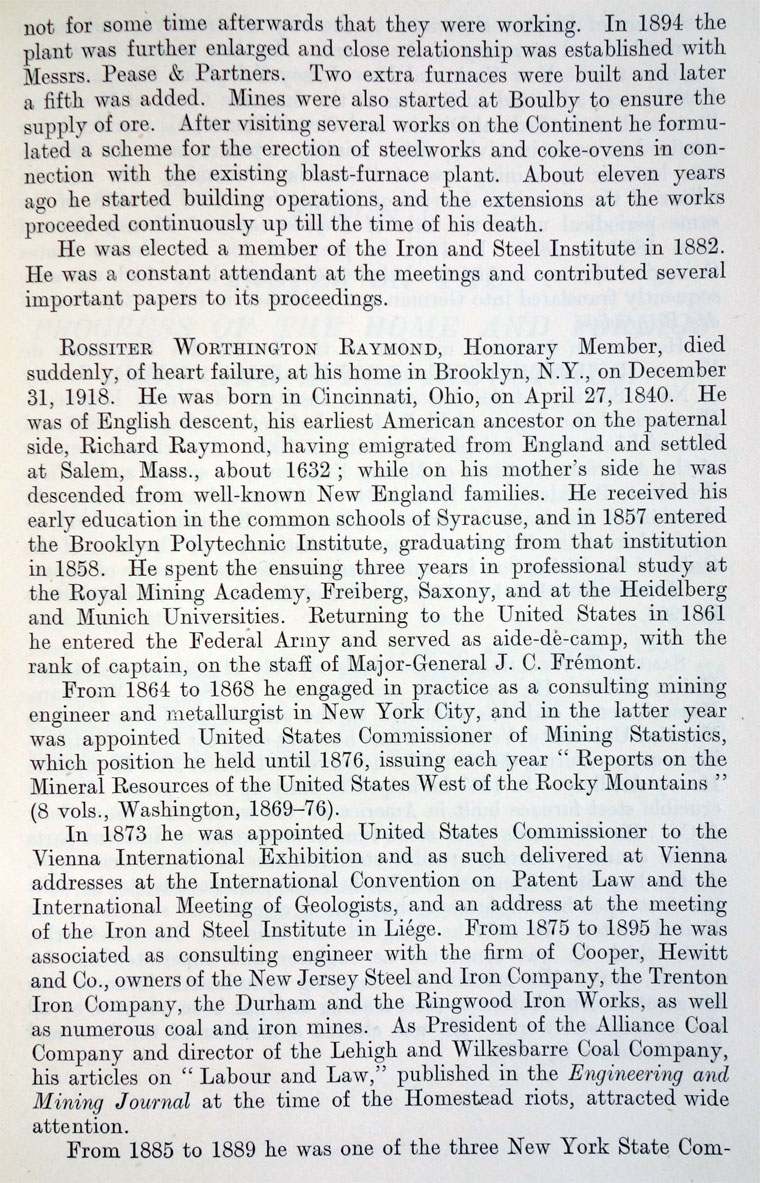 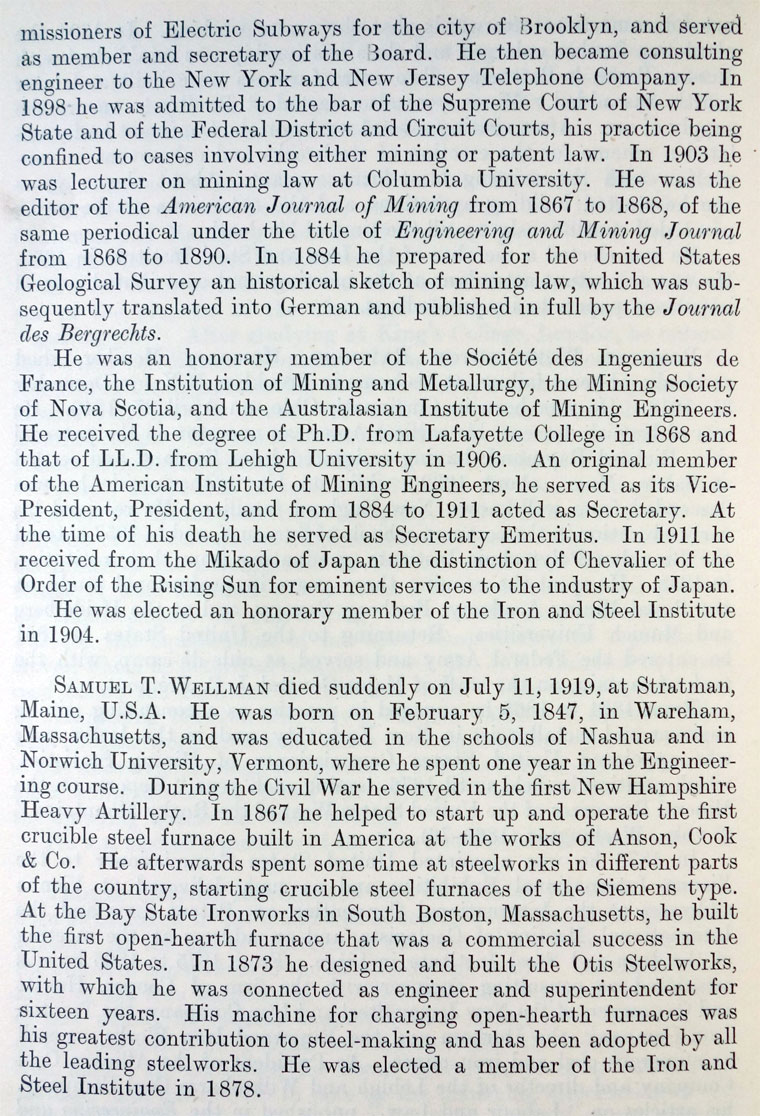 Note: This is a sub-section of the 1919 Iron and Steel Institute

Notes on deaths of members but without obituaries

During the year the deaths of thirty-three members have been reported, the names of whom are recorded in the following list:

The death of the following member occurred in 1916 but was not noted in the Report of Council for that year Warocque, Raoul (Mariemont, Belgium).

Lieutenant Henri P. Schneider, who was a cavalry officer in the French Army and was attached to the Flying Corps, was the eldest son of the President, C. Eugene Schneider, and a partner in his father's.....[more]