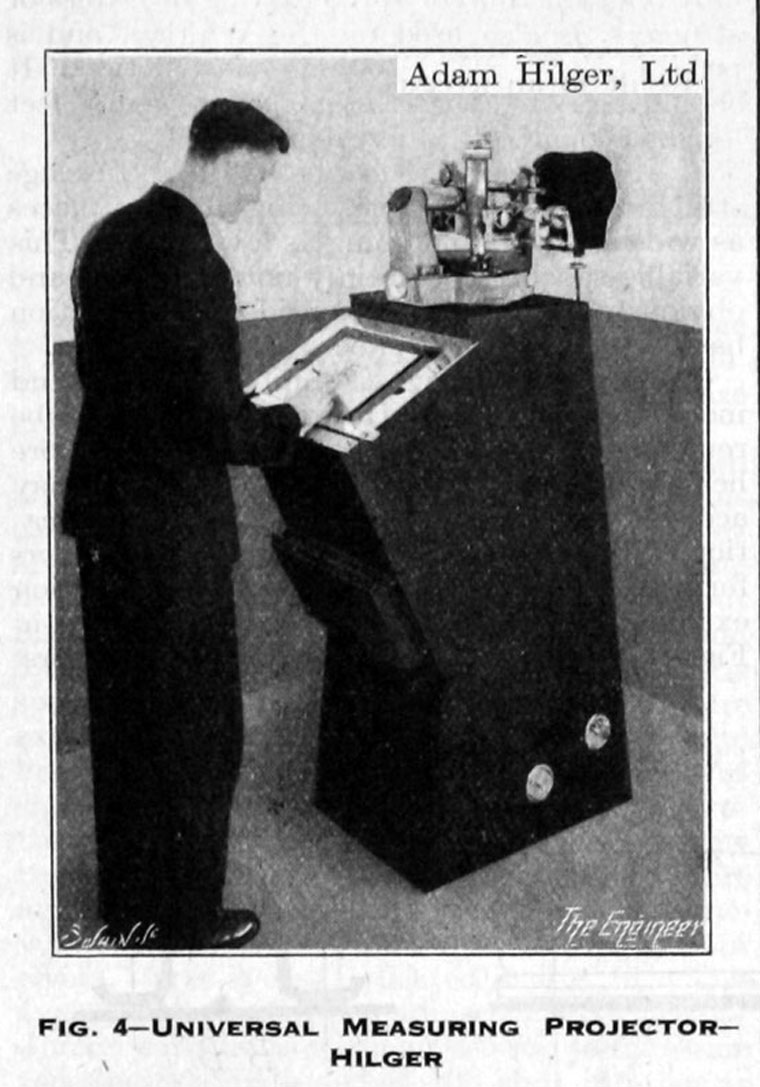 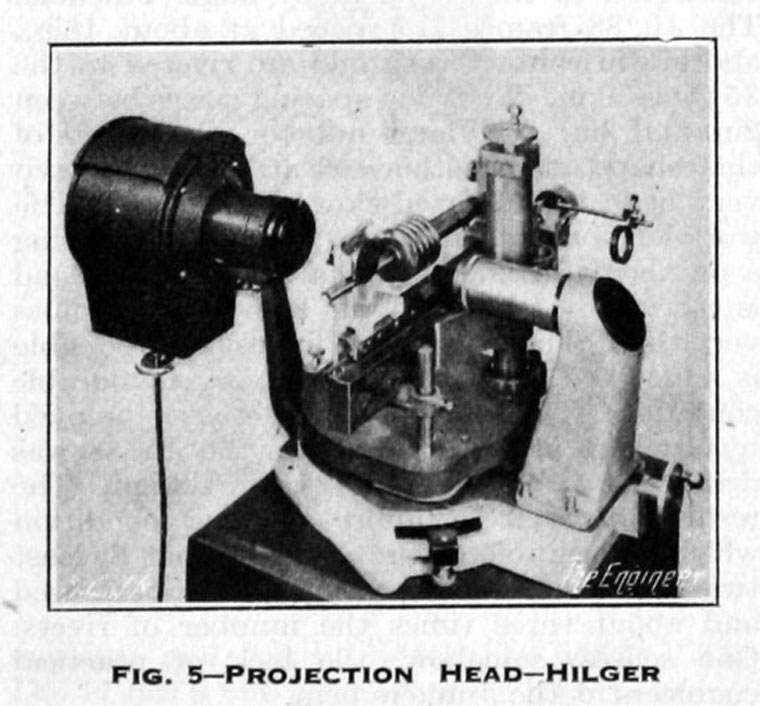 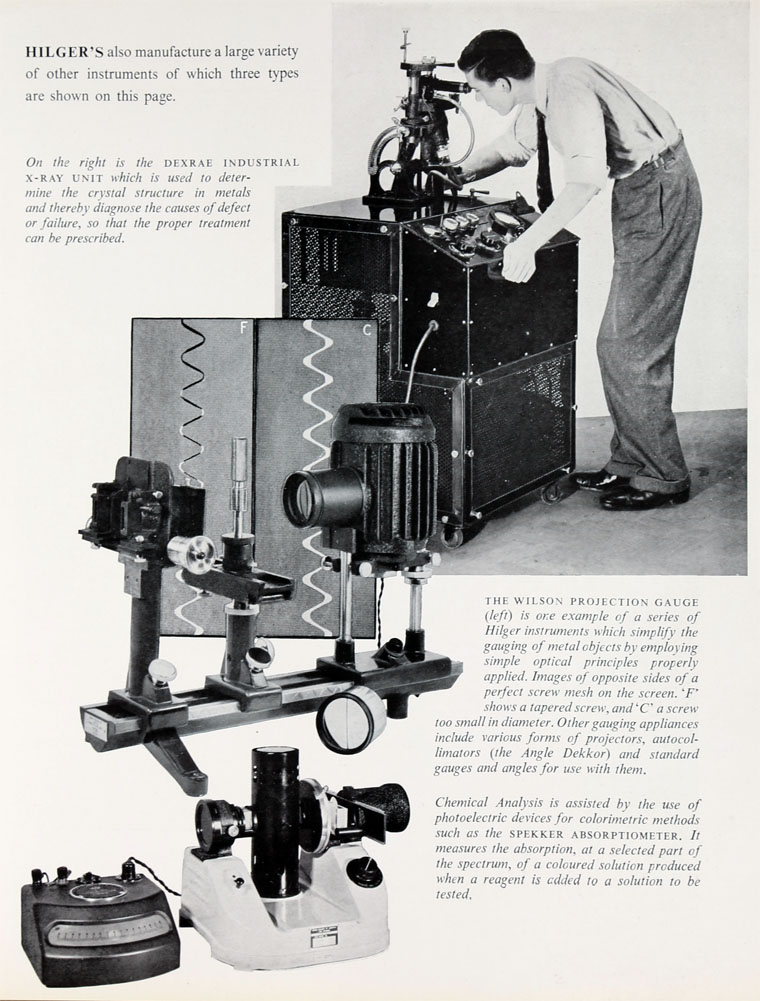 1947. Dexrae Industrial X-ray unit (above) and the Wilson Projection Gauge. At below the Spekker Absorptiometer. 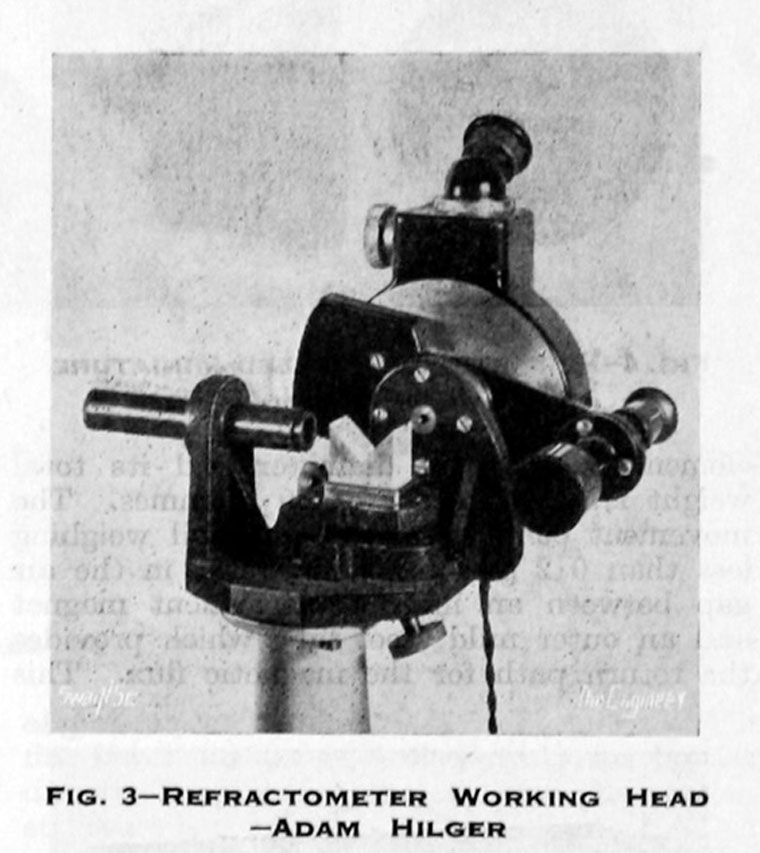 1897 Otto succeeded his brother in charge of the company

1904 Company incorporated as a limited company

1910 A. Hilger Ltd exhibited at the Physical Society's Exhibition[4]

Pre-war: Hilger's main products had been optical parts, sold mainly to rangefinder manufacturers Barr and Stroud, and specialized finished instruments, including spectrometers. Before the war Barr and Stroud started to make their own optical parts; Hilgers developed use for the large quartz spectrograph for metallurgical analysis; sold instruments to the American Brass Company.

Post-war: A significant holding in the company was sold to T. Cooke and Sons of York without knowing that Vickers held the majority of shares in Cooke's; the new parent company wished to bring Hilgers into line with the rest of its organization; Twyman did not believe this to be in the best interests of Hilgers and, in 1926, bought back the shares.

and: Manufacturers of apparatus for determining the annealing temperature of glasses and for controlling the process of annealing; Apparatus for testing glassware for defective annealing. (Stand No. C.14) [5]

1925 The managing director wrote to The Times to point out the quality of optical glass made by Chance Brothers and Co and Parsons Optical Glass Co was better than that from abroad[6].

1948 Amalgamated with E. R. Watts and Son as Hilger and Watts Ltd which was incorporated as a public company[9].