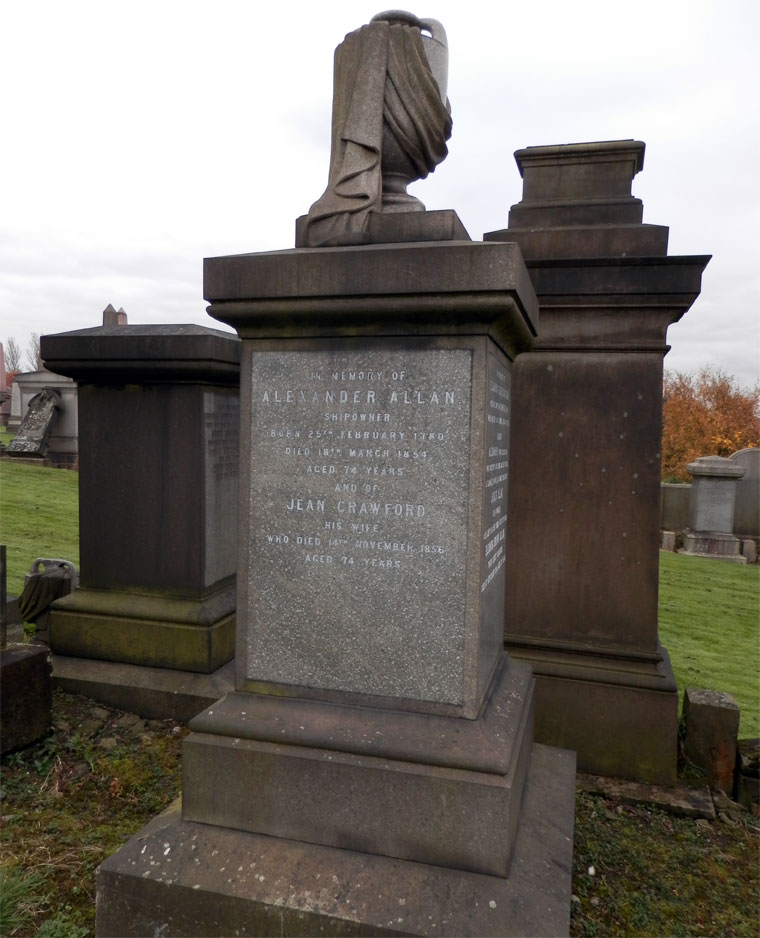 He was by trade a ship carpenter, and for a time pursued his calling at sea.

At an early age he rose to the position of captain and part-owner of the craft in which he sailed.

During the Peninsular war he commanded the brig "Jean" (named after his wife, Jean Crawford), carrying cattle and other supplies to the coast of Spain for the British army. The more ordinary employment of this vessel was in the Canadian trade, then in its infancy, trading from Greenock.

For greater convenience in the conduct of his shipping business, Captain Allan with his family removed to Greenock, where Alexander, the youngest of his five sons, was born in 1825.

1830 The ship "Canada," of 329 tons, was built for Captain Allan by Robert Steel and Co. of Greenock. Captain Allan himself commanded the "Canada"

Captain Allan retired from active duty, having placed his 5 sons in the main ports of the Allan Line, with James in overall charge of the business.