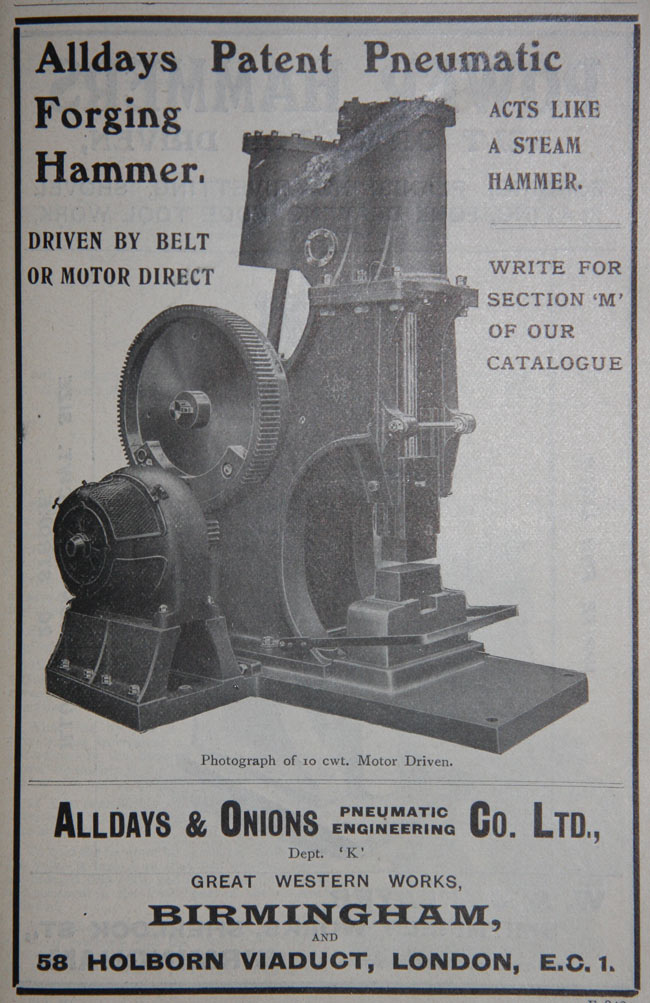 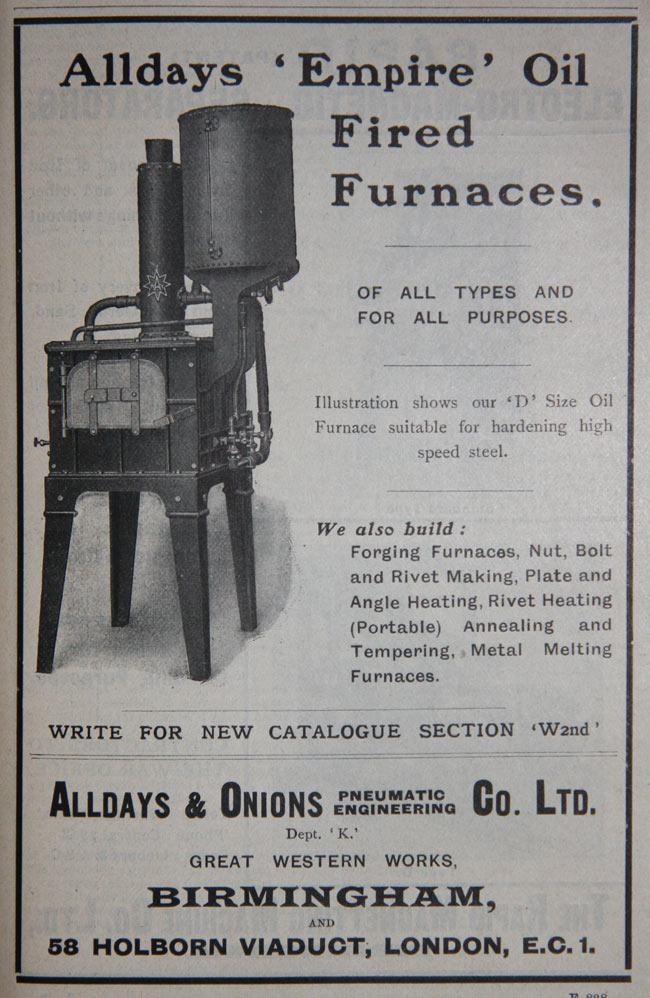 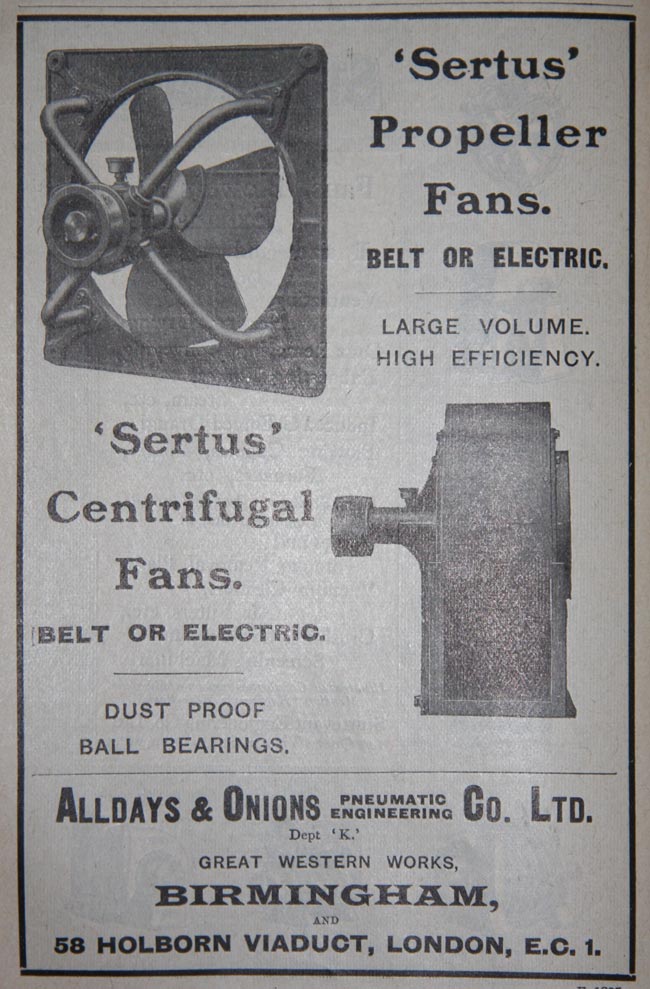 1885 Alldays and Onions Ltd was formed by the merger of William Allday and Sons Ltd with John C. Onions Ltd [1].

1898 The company produced its first car, the Traveller

1912 Alldays and Onions, which had been engaged in the general engineering trade for a long time, had more recently established separate works for car manufacture; had also acquired the Enfield Autocar Co including manufacturing rights and trade mark; manufacture of the two types of car would be kept separate; motorcycles were also built[4].

c.1919 The company had been renamed as Alldays and Onions Ltd, although the abbreviated version had also been used in previous years.