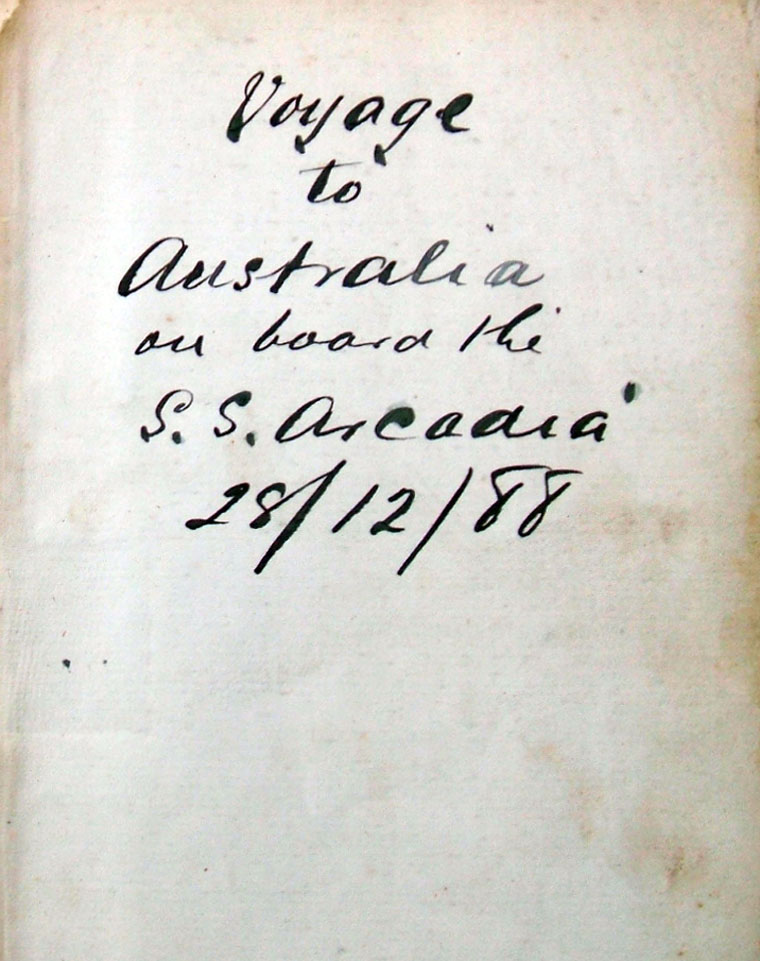 1884 Published book on absolute measurements in electricity and magnetism

1884 Appointed Professor of Physics at the newly founded University College of North Wales at Bangor.

In his native village school he was well grounded in arithmetic and practical mathematics, including surveying and shortly after leaving school he came, in Edinburgh, under the influence of James Pryde, the editor of "Chambers's Mathematical Tables" in the old Watt Institution.

He matriculated in the University of Glasgow in 1872 and graduated M.A. with honours in Mathematics and Natural Philosophy in 1876, became private secretary to Sir William Thomson (afterwards Lord Kelvin) and in 1880 was promoted to be chief official assistant.

On the foundation of the University College of Wales at Bangor in 1884 he became its first Professor of Physics.

In 1899 he was appointed Professor of Natural Philosophy in the University of Glasgow, to succeed Lord Kelvin, a post which he held until 1923, when through ill health he was forced to resign.

In 1884 he published "The Measurement of Electric Currents and Potentials in Absolute Measure." Then between 1888 and 1893 he issued "The Theory and Practice of Absolute Measurements in Electricity and Magnetism," in three volumes. In 1921 appeared a revised edition in one volume of 837 pages. It is an enduring testimonial to the industry, as well as to the powerful and wide grip of electrical and magnetic measurement possessed by him.

In 1898 appeared a "Treatise on Magnetism and Electricity."

In 1914 he delivered the Kelvin Lecture, taking as his subject Lord Kelvin's work on gyrostatics. The lecture was illustrated by means of the original Kelvin tops, which were taken from Glasgow to London and shown in action.

In 1919 appeared the monumental "Gyrostatics and Rotational Motion," the fullest treatment of the subject in any language: it stands alone among books treating of the properties of rotating bodies. Prof. Gray's knowledge of the equations involved, it is stated, latterly became almost intuitive.

"THE news of the death last Saturday of Dr. Andrew Gray, Emeritus-Professor of Natural Philosophy at Glasgow University. will be received with sorrow by many engineers who acquired their knowledge of physics under his able and inspiring tuition. Professor Gray was in his seventy-ninth year.

He vacated the Chair of Natural Philosophy in 1923, after having occupied it since the retirement of Lord Kelvin about twenty-five years before. He was a student and graduate of the ancient, University which he served so well and for eight years was private secretary and finally chief official assistant to Sir William Thomson. In those early days his attention was largely devoted to electrical subjects. His well-known book, published in 1884, on absolute measurements in electricity and magnetism being one of the outcomes of his studies and researches . In that year he was appointed Professor of Physics at the newly founded University College of North Wales at Bangor. He continued to hold that post until 1899, when he returned to Glasgow to succeed Lord Kelvin in his professorship.

Dr. Gray was a well-known authority on everything pertaining to gyroscopes and gyroscopic motion, a taste for which he probably inherited from his deeply revered master and undoubtedly handed down to more than one of his own students. Under a slightly stern demeanor in the lecture-room, he concealed a disposition full of human kindness and understanding. By the vigour of his instruction, imparted with an almost classical fervour, he gave to those in sympathy with him an abiding knowledge of the historic principles of natural philosophy. Levity was not permitted to flourish among his students, but if he suppressed it, he did so because of the enthusiasm, almost reverence, which he felt for the dignity and importance of the great subject it was his mission to expound.

With his death one of the last direct links between the University and Lord Kelvin is severed. But the Kelvin tradition survives, thanks largely to Professor Gray's devoted discipleship."