1907. Information board at the site of D'Arcy and Renolds' first oil well in Persia (Iran). 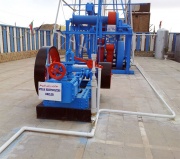 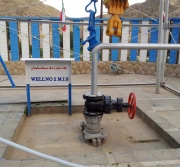 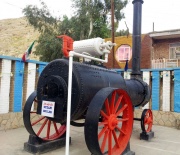 1907. Marshall, Sons and Co portable boiler at the site of the first oil well in Iran. 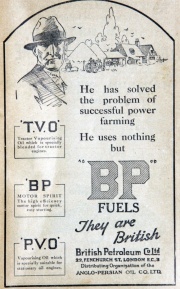 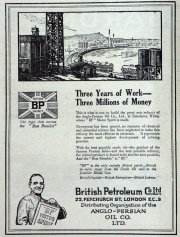 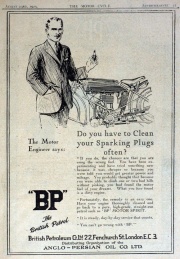 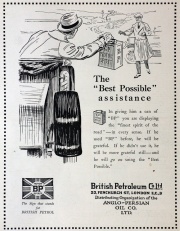 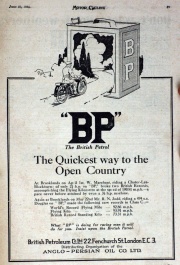 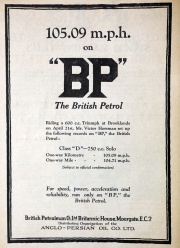 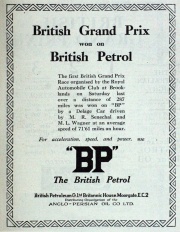 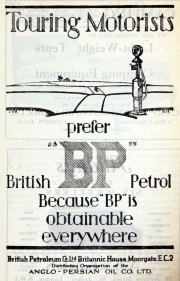 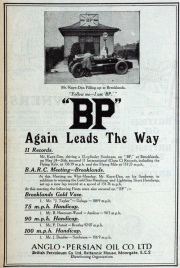 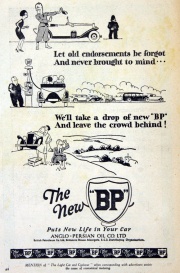 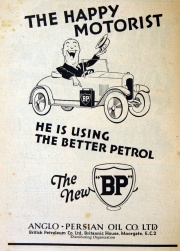 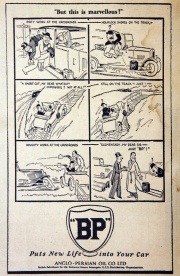 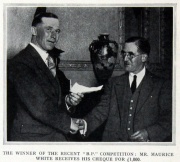 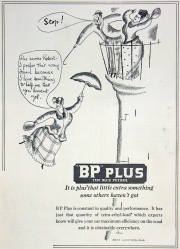 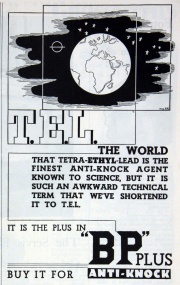 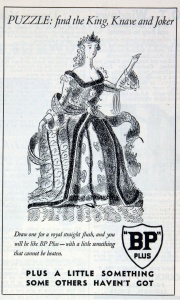 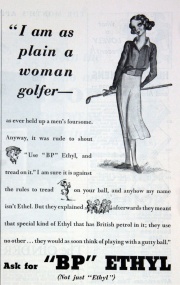 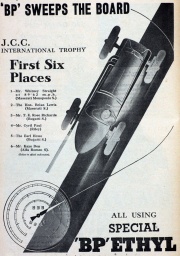 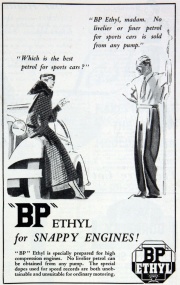 1902 Drilling operations began towards the end of 1902 in Chiah Surkh, a likely oil-bearing area near the border with Iraq but were unsuccessful.

1905 Drilling was moved to the south but initially selected an unproductive site which wasted two years.

By 1907, D'Arcy had gambled his considerable fortune on finding oil in Persia, and was about to lose everything. It seemed that the geologists and experts had been wrong. He made an arrangement with Burmah Oil Co to fund the work in exchange for shares in the company.

1908 By the early morning of 26 May, the smell of natural gas was unmistakable. The vapours rose and stank of rotten eggs. At 4am the drill reached 1,179 feet and a fountain of oil spewed skyward. From remote Persia, telegrams were slow. Mr D’Arcy got the news 5 days later. This proved to be the first of the massive Middle-Eastern oil fields.

1909 Within a year, the Anglo-Persian Oil Company, which would one day become BP, was floated in London. The press talked of the vastness of the new company’s potential and on the day Anglo-Persian stock opened for trading in London and Glasgow people stood five deep in front of the cashiers. D’Arcy, who had nearly lost everything, was rich.

Life was harsh in Persia; disease and illness commonplace. Getting adequate exploration equipment to the site had taken months and a pipeline had to be built across the winding, mountainous route. Segments of pipe arrived in bulk from the US, and crews took them as far as they could upriver by barge. Mules dragged them the rest of the way, with labourers taking over where the land was too steep for animals to pass. The work was slow and painstaking. It took two years. On completion, Abadan refinery was the world’s largest, supported by a diverse workforce: fitters, riveters, masons and clerks from India, carpenters from China and semi-skilled workers from the surrounding Arab countries.

1912 Anglo-Persian was nearly bankrupt for the second time in its short history. The company had plenty of oil but no customers. Cars were too expensive for most, and more established companies in Europe and the New World had the market in industrial oils cornered. Standard Oil of Indiana (later called Amoco), had already been in business for over 25 years. Refining could not remove the Persian oil’s strong, sulphurous stench; nor could it be sold as kerosene for home heating. The company needed £2 million but Burmah declined to provide the money. Instead, the managing director, Charles Greenway, opened negotiations with the Admiralty for either a loan or the purchase of shares from Burmah Oil. [2]

1914 Winston Churchill, who had taken a new role in British politics as First Lord of the Admiralty, thought Britain needed a dedicated oil supply, and he argued the case in Parliament. Britain was proud of her navy, and oil-powered vessels were the latest innovation. But while Anglo-Persian executives had courted the Royal Navy for years as a prospective customer for its oil, the old guard at Whitehall had been hesitant to endorse a rival to coal. In 1914, the resolution passed, and the UK government became a major shareholder in the company. Churchill had ended Anglo-Persian’s cash crisis. The company's other main shareholder was Burmah Oil Co[3]

WWI. During the war, the British government seized the assets of German-owned companies - despite its name, the British Petroleum brand was originally created by a German firm as a way of marketing its products in Britain. Having acquired the company, the Public Trustee sold it to Anglo-Persian in 1917. With that, Anglo-Persian had an instant distribution network in the UK, including 520 depots, 535 railway tank wagons, 1,102 road vehicles, four barges and 650 horses.

1917 The company also acquired 2 other companies from the Public Trustee that had been owned by the same German concern, Homelight Oil Co and the Petroleum SteamShip Co[4].

1917 When the war was in its final throes, the Royal Navy complained that the oil from Anglo-Persian was causing engine problems in colder climates. Anglo-Persian bought an 18th-century mansion at Sunbury-on-Thames, near London, and set up a research laboratory in the basement to address such scientific challenges.

Over the next decade, gas and electricity would largely replace kerosene for home heating, gasoline-fuelled delivery vehicles would challenge the railways for freight, and the age of the automobile would truly begin. These social changes would open a door for Anglo-Persian, which expanded its sales both in Britain and in mainland Europe.

1919 Invested in a new company Scottish Oils Ltd, formed to bring together the shale oil industry and refine Persian oil[5]

Cars flooded onto the streets of Europe and the United States in the 1920s and 30s.

1921 Opened refinery at Llandarcy, South Wales[6] which was operated by the National Oil Refineries Ltd subsidiary.

1922 Anglo-Persian Oil Co began marketing motor spirits through British Petroleum, having previously done so through another company. BP-labelled gasoline pumps appeared around Britain. There were 69 pumps in 1921, over 6,000 by 1925. On roadsides in mainland Europe, the letters BP became a familiar sight as Anglo-Persian, which produced BP gasoline, entered these markets.

1925 Production continued to expand in Persia and Iraq; other production was in Argentina; concessions had been obtained in Albania. Refineries were at Abadan, Llandarcy and Grangemouth; an associated company refined oil in Australia; other associated companies refined oil in other countries. Shipped oil in the company's own fleet run by British Tanker Co and several outside charters. The Scottish shale oil activity was losing a lot of money but the company also refined Persian oil and distributed the products which were profitable activities[8]

1927 AGM of Anglo-Persian Oil Co told that its UK refineries were supplying the petrol requirements of National Benzole Co[9].

1927 Mr A. M. O'Brien gave up his position as general manager of the National Oil Refineries at Llandarcy.[10]

1928 As well as BP petrol, the company advertised White May lamp oil for farmers operating incubators and breeders; Royal Standard lamp oil was offered for lighting, heating and cooking[11]

1931 Formation of joint marketing company to market and sell the petrol and oil products of Shell and BP in UK. Shell owned 60% and BP owned 40%[12]. See Shell-Mex and B. P.

1935 Persia changed its name to Iran, and to stay current the Anglo-Persian Oil Co followed suit, renaming itself Anglo-Iranian Oil Company. But the good times were short-lived.