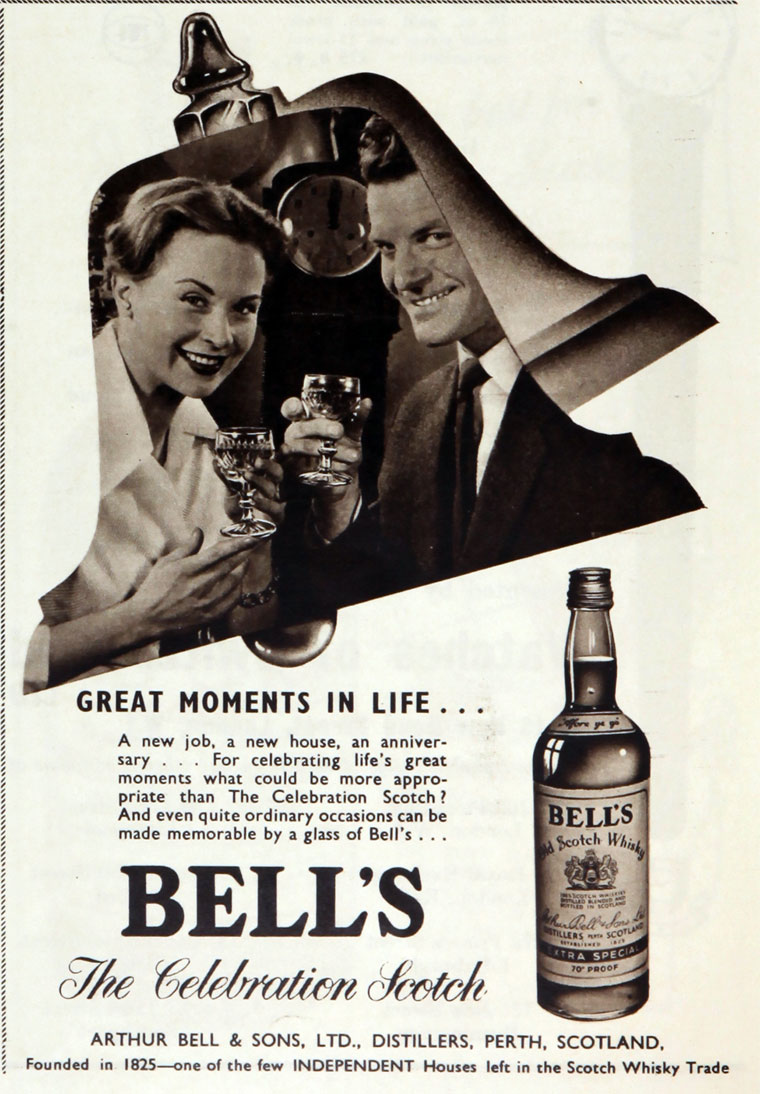 Arthur Bell became employed as a traveller at a small shop in the Kirkgate, Perth, visiting distilleries and experimenting with blending, using Blair Athol whisky.

1860, impressed by the whisky and the potential of the distillery, the firm of Messrs. P. Mackenzie took over Blair Athol and invested heavily.

Two large granaries, each with concrete steps, were built, together with two malt floors and a peat-fired kiln. Labour saving machinery and modernised plant with copper stills, iron mashtun and underback, refrigerator and washbacks, and a spirit receiver were all renewed. Now the distillery was producing 1500 gallons per week, maturing in five bonded warehouses with a capacity of 80 – 100,000 gallons.

The 1880’s were bringing a mood of expansion both to Blair Athol Distillery and Arthur Bell’s of Perth.

The distillery expanded to cover over two and a half acres and production was maintained at optimum levels.

The sons of Arthur Bell, Arthur Kinmond and Robert, wished the firm to expand through advertising and the use of brand names. Their father was reluctant to advertise as "the quality of my goods speak for themselves", but he allowed Robert to go to Australia to promote it.

1895 Bell’s and Sons was established.

1900 Before Arthur Bell died in 1900, names such as Scotch Fir and Colleen Old Scotch Whisky had been used.

1932 The depression finally caused the closure of the distillery; Arthur Bell and Sons Ltd declared losses for the first time in the history of their business. After the dark days of recession, prohibition ended in the USA and world recession lessened.

The long standing relationship between Blair Athol Malt Whisky and Arthur Bell and Sons Ltd was now to be formalised. A friendly take-over and the price of £56,000 secured the Blair Athol licence. The connections which P. Mackenzie had with the USA, from pre-prohibition days, were also a valued asset.

1939 severe trade losses began at Blair Athol due to the lack of raw materials for production and the distillery was closed until the end of the war.

WWII: the first Bell’s representative, Jimmy Ward, performed manfully despite the difficult conditions of the home market. Export of blended whisky for the war effort continued and this kept business ticking over.

1942 Arthur Kinmond Bell and, later, Robert both died. W.G. Farquharson was promoted to Chairman. When he visited Blair Athol he fell in love with the ideal distillery. I

Farquharson employed a traditional architect to satisfy his perfectionist vision of his ideal distillery. The total cost of restoration was £75,000 and in November 1949 distilling started.

1987 United Distillers was formed by combining the businesses of Distillers Co and Arthur Bell and Sons, both owned by Guinness.