Grace's Guide is the leading source of historical information on industry and manufacturing in Britain. This web publication contains 140,021 pages of information and 227,378 images on early companies, their products and the people who designed and built them.

Plaque on the Winding Gear on the Victory Shaft at Geevor Mine.

Electric Winding Equipment at Geevor Mine. 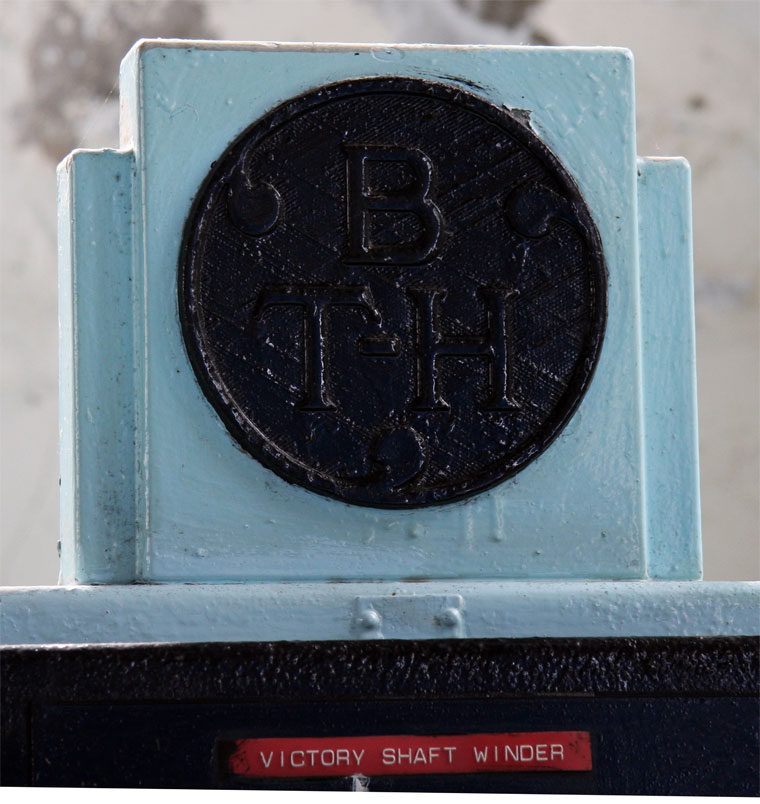 Winding gear for the Victory Shaft at Geevor Mine. 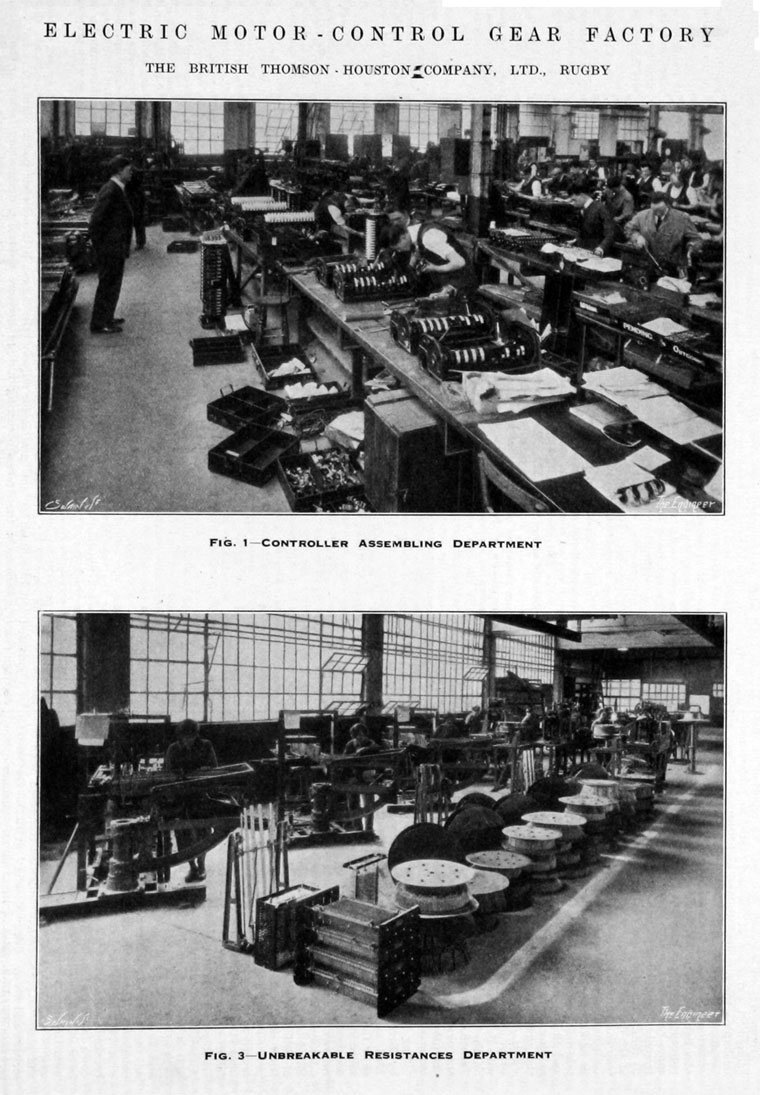 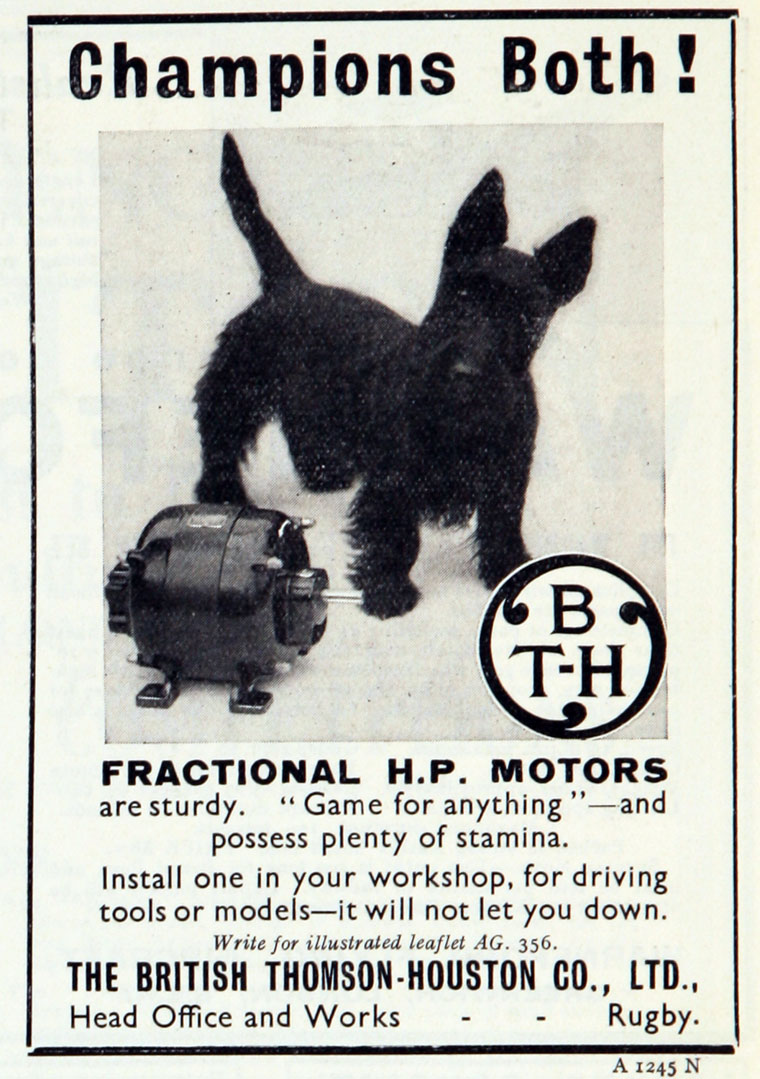 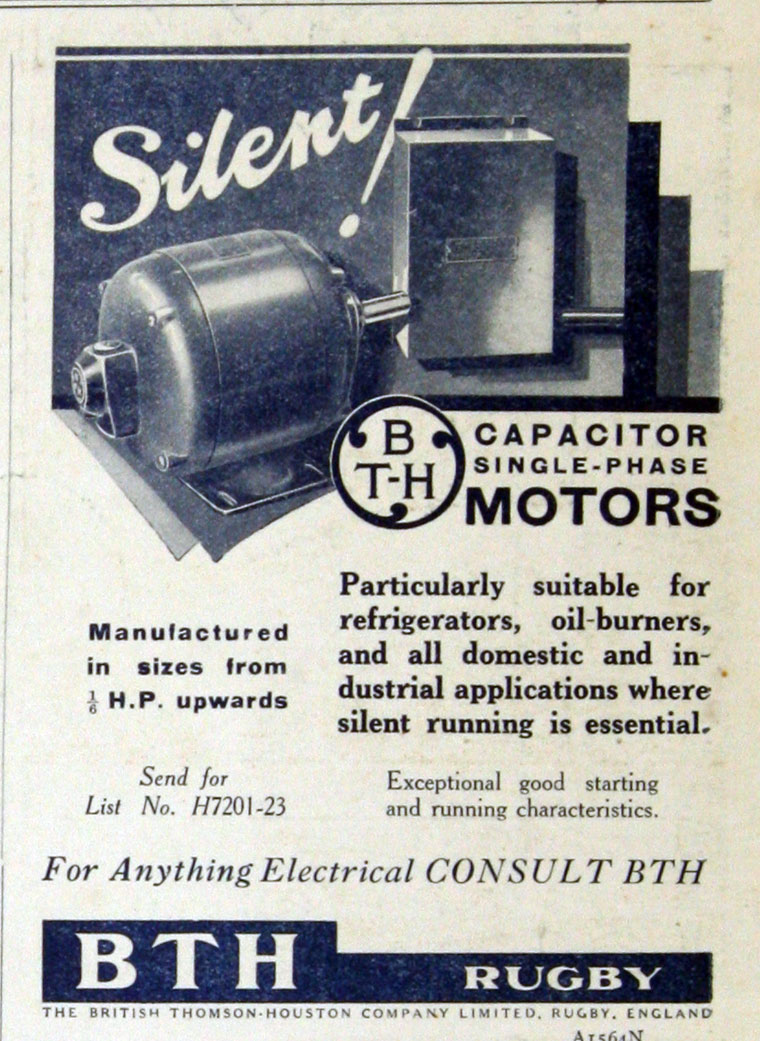 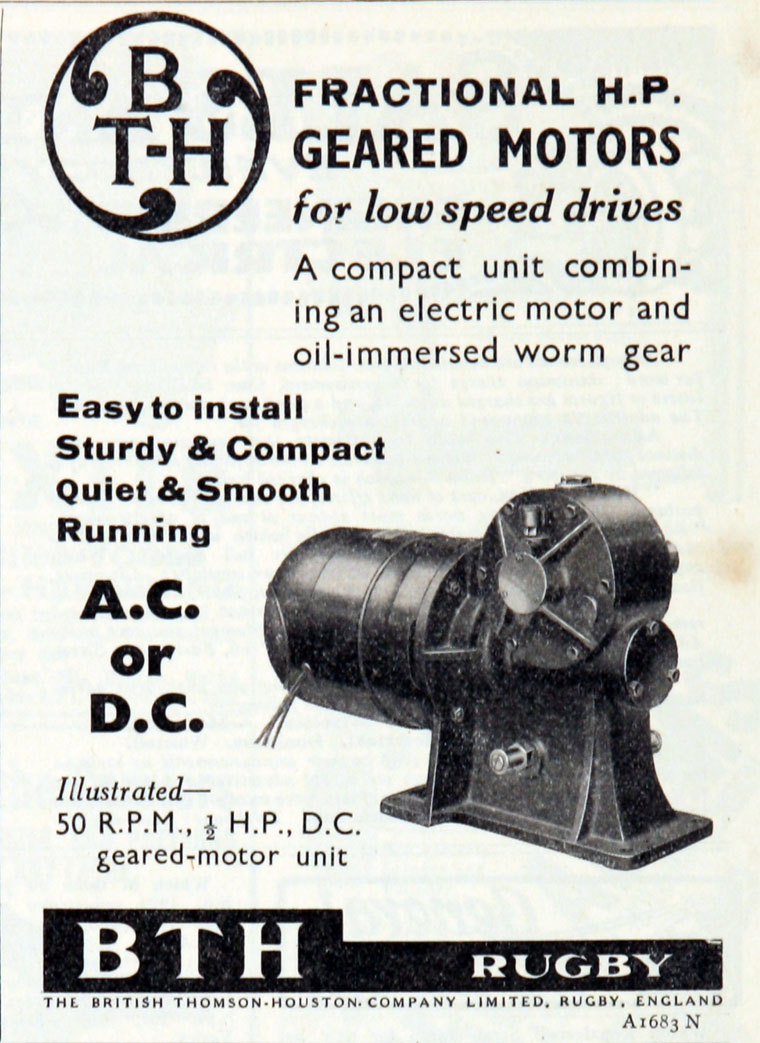 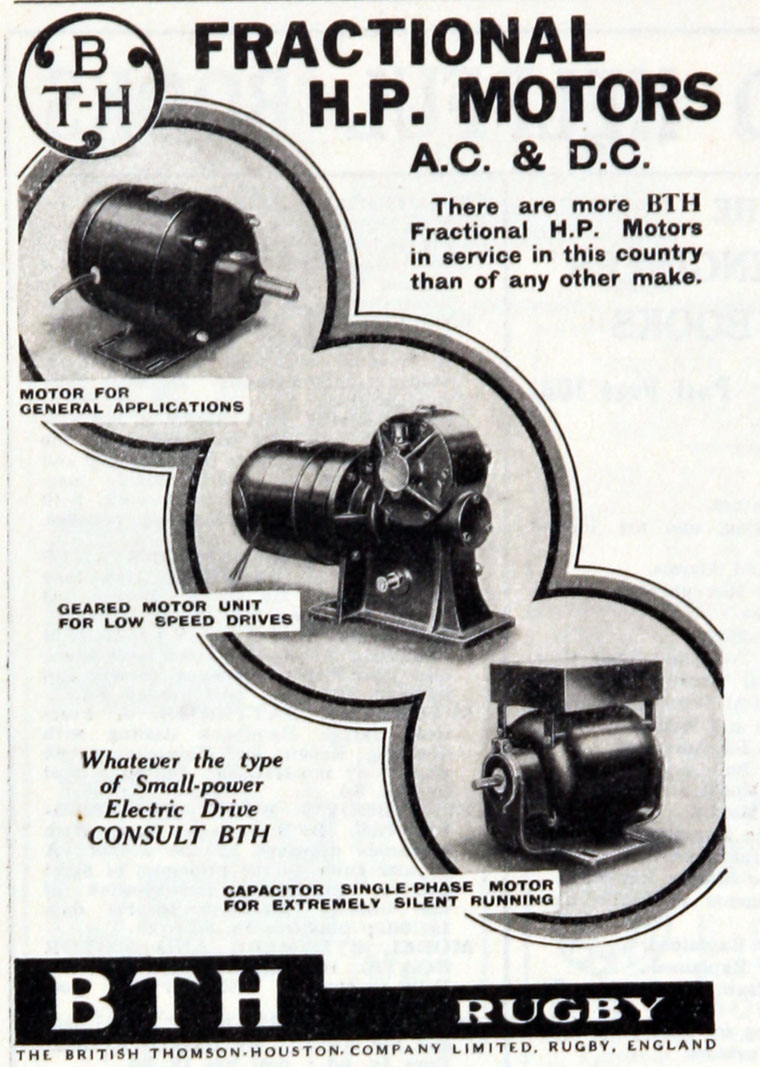 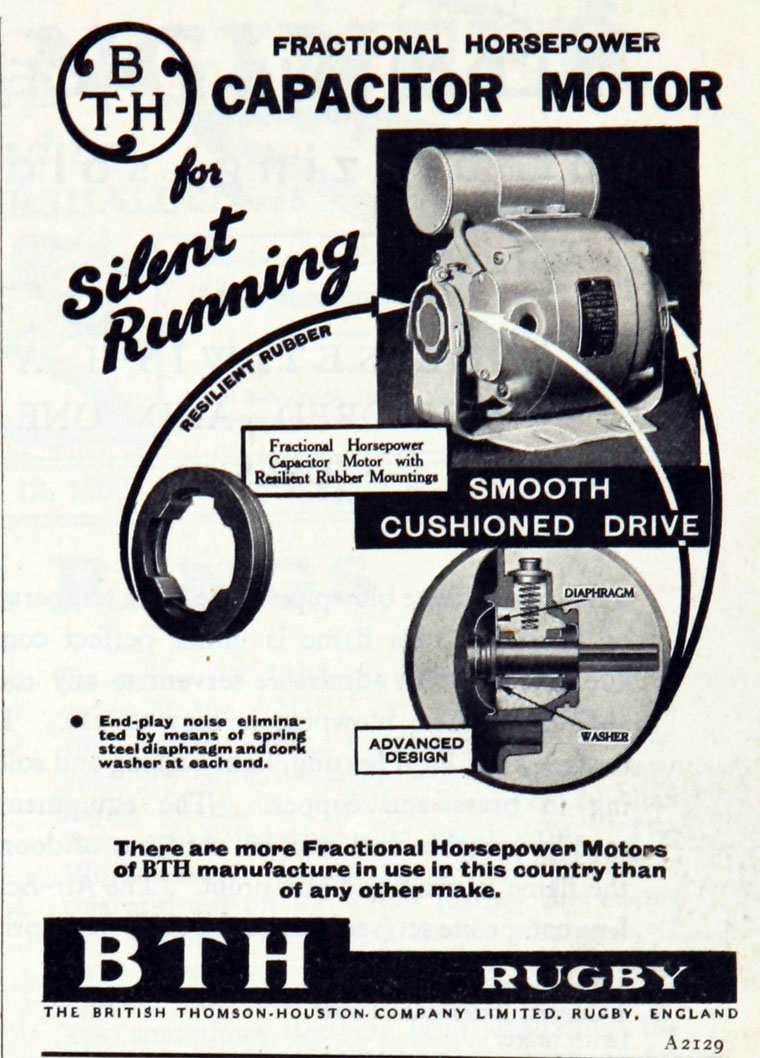 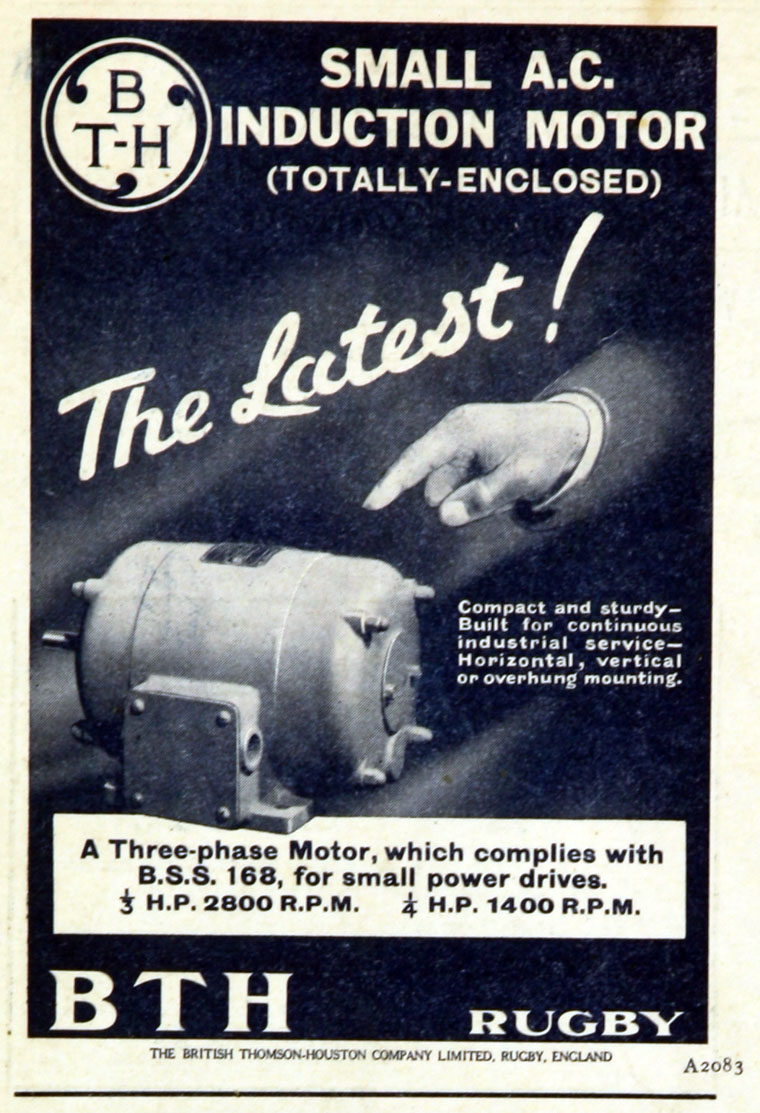 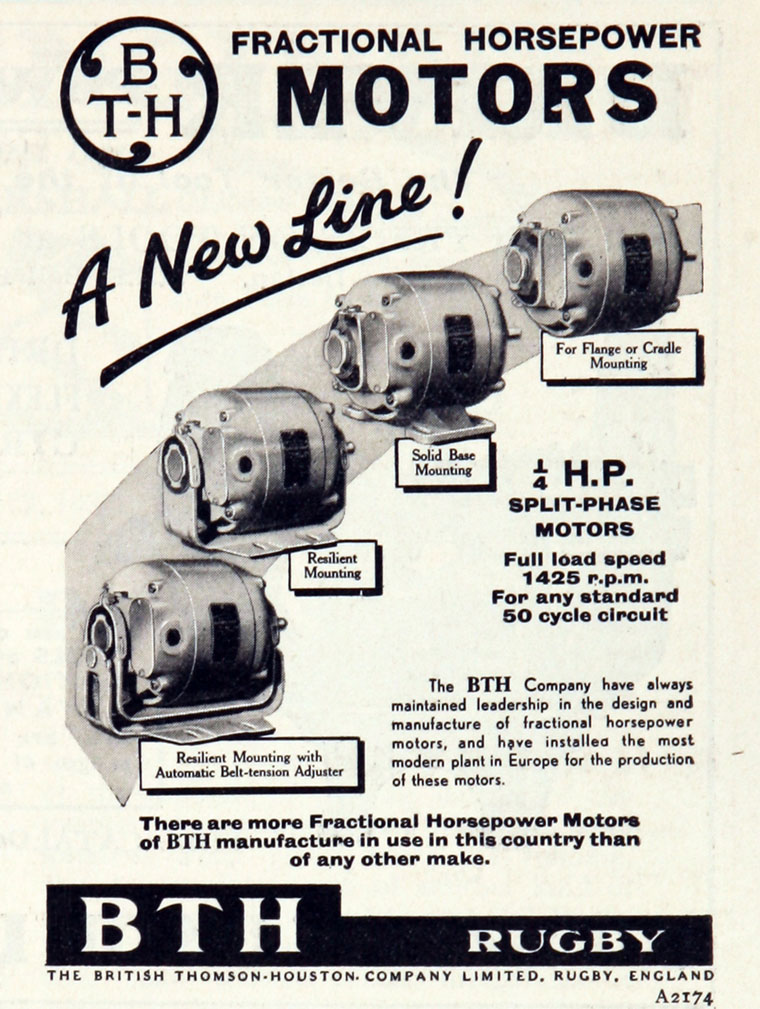 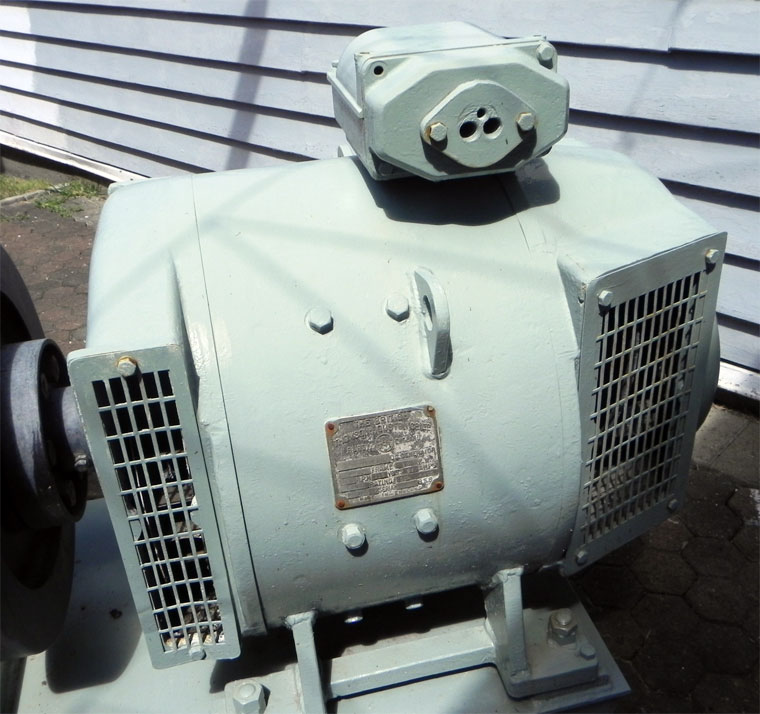 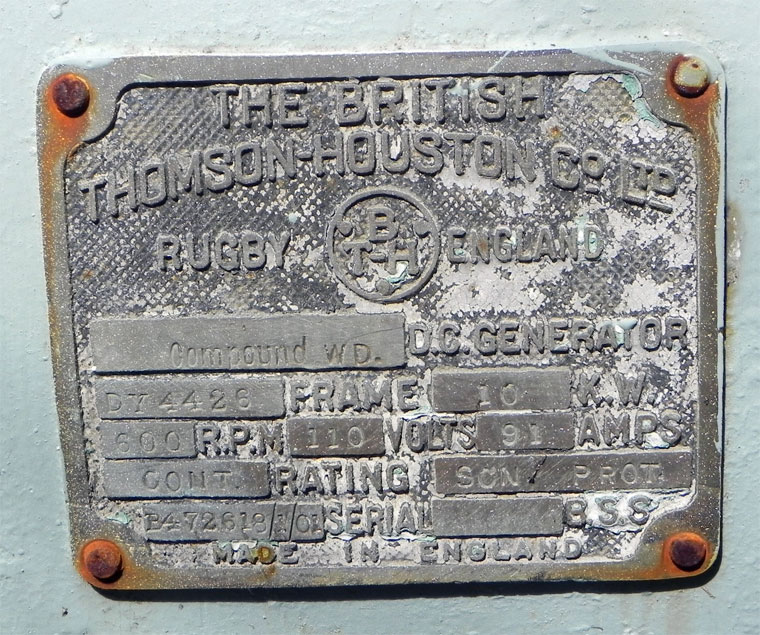 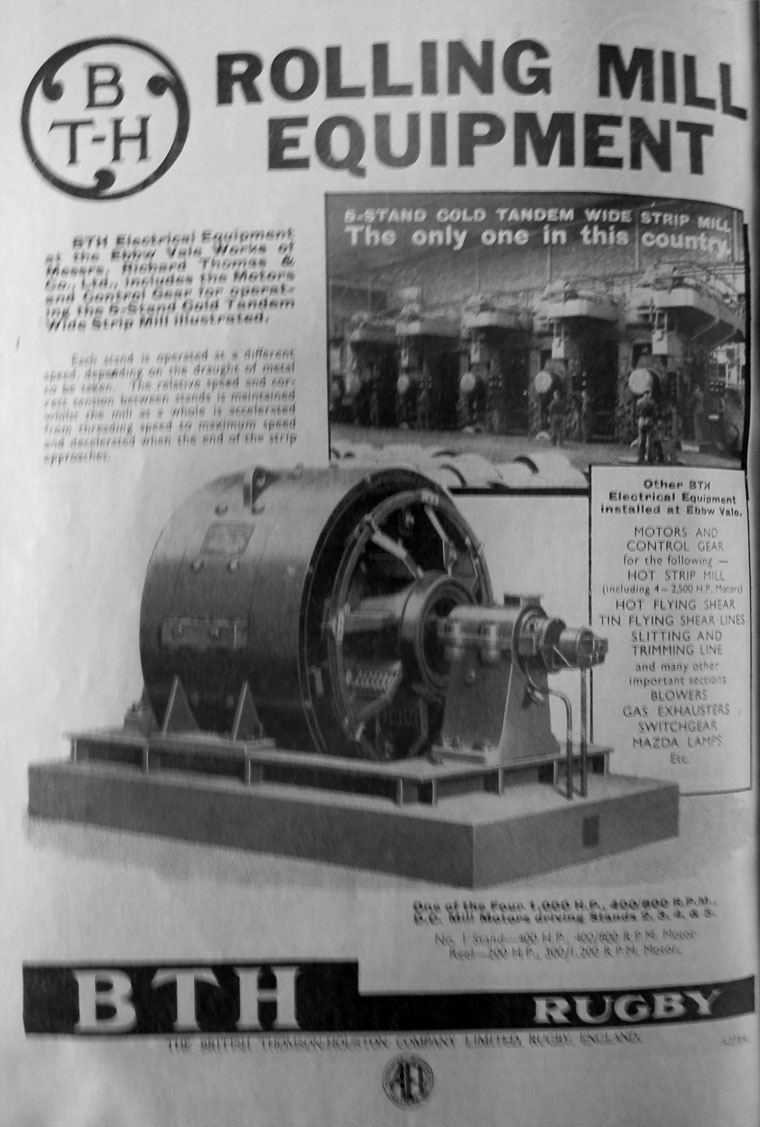 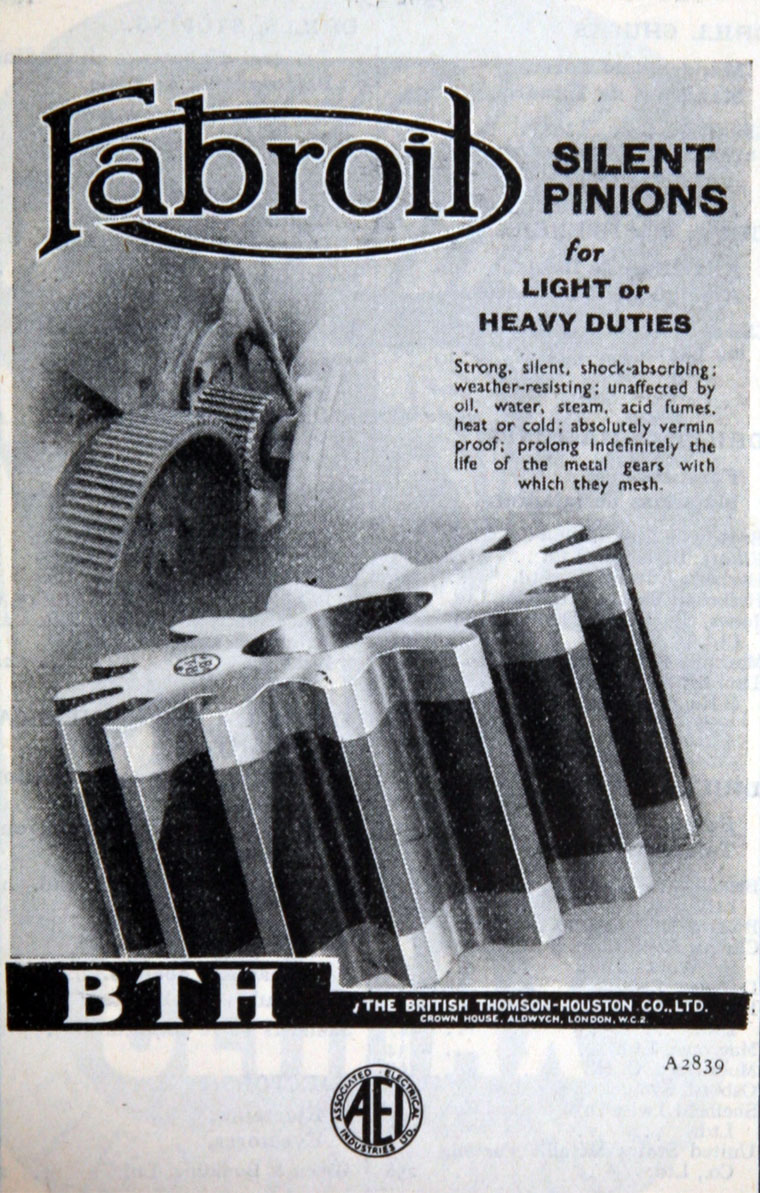 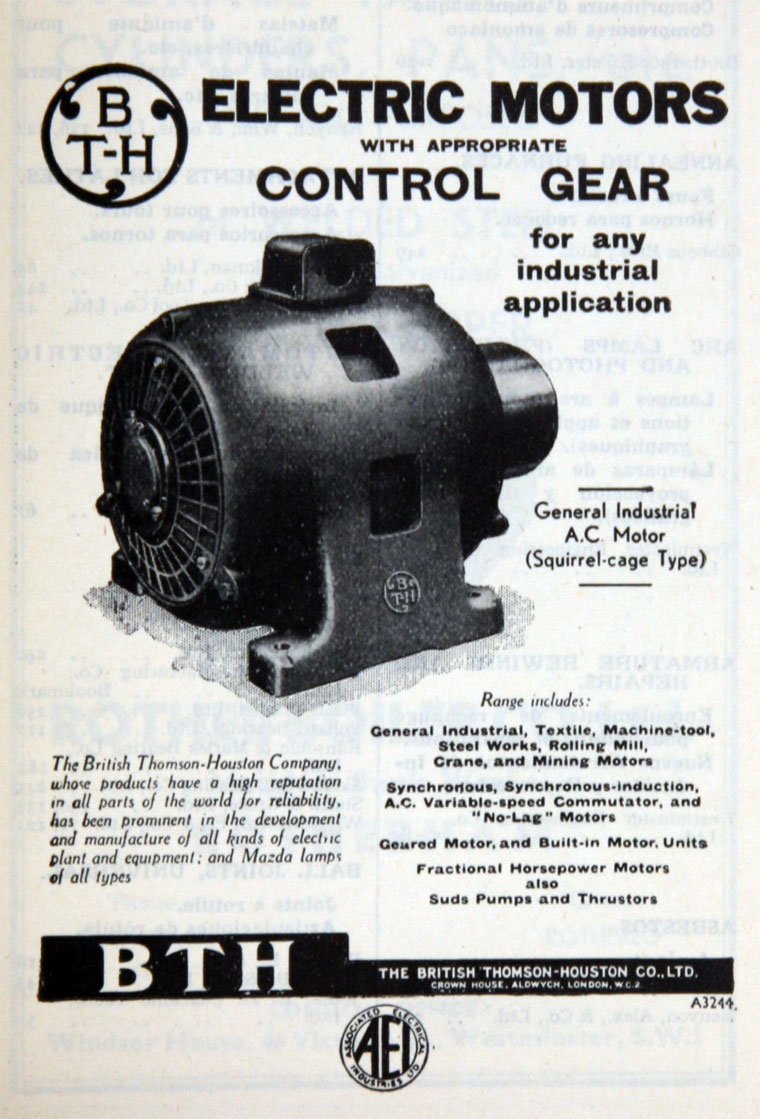 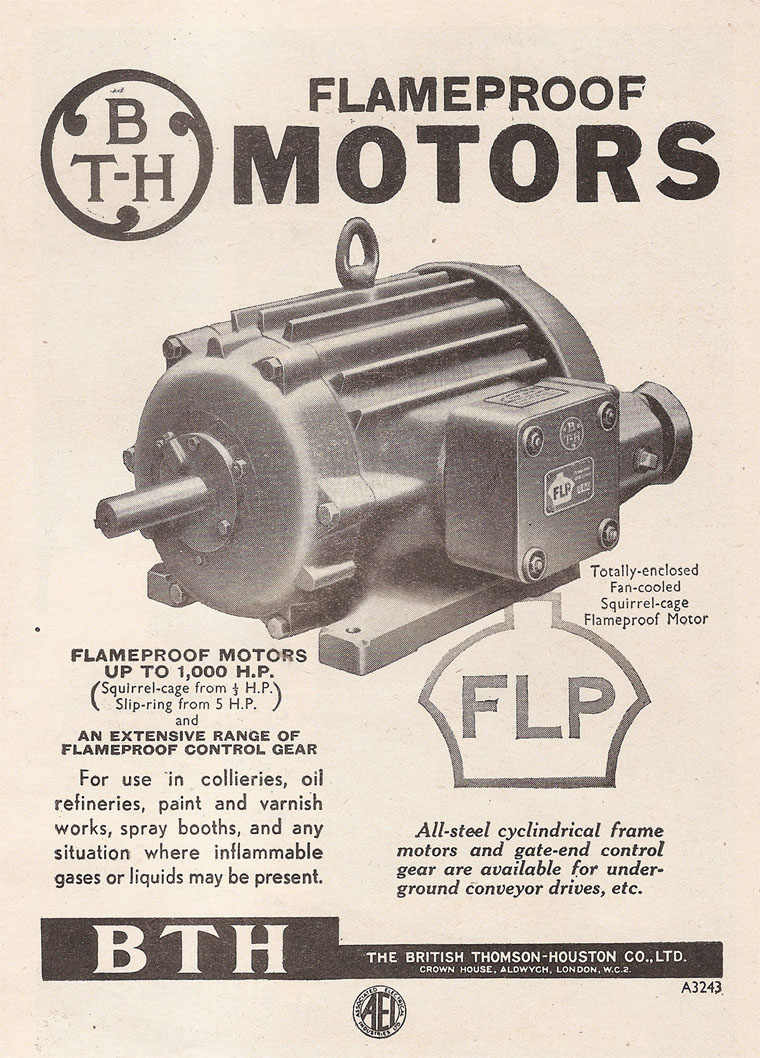 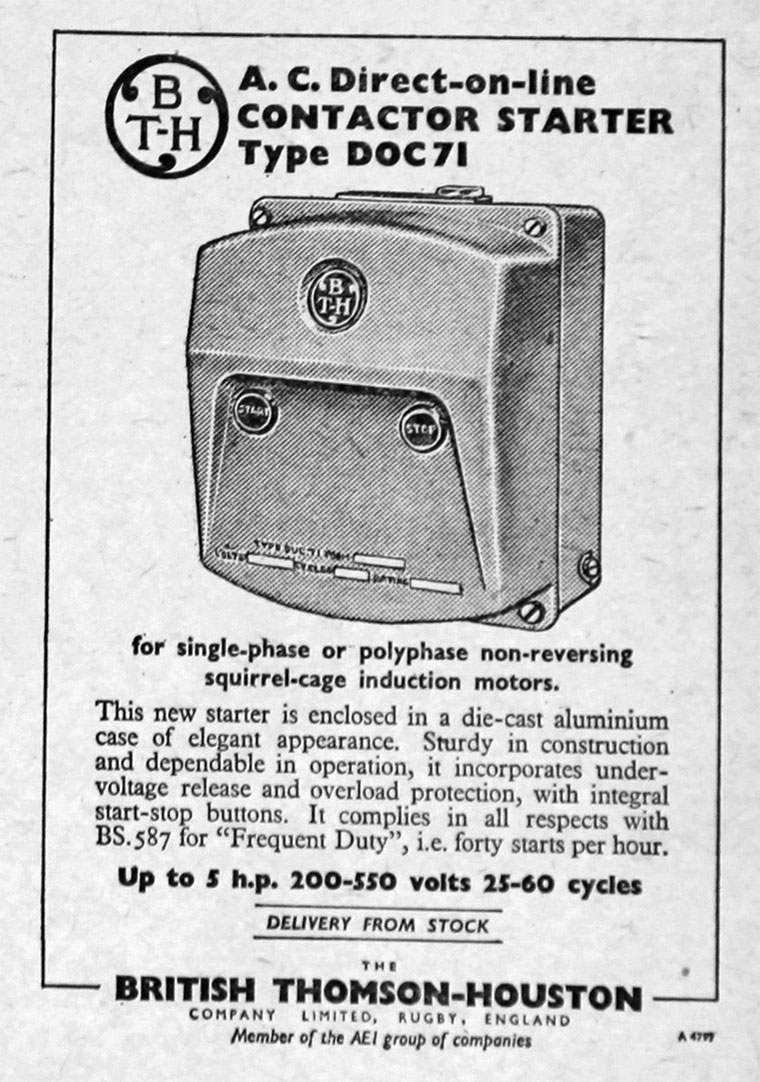 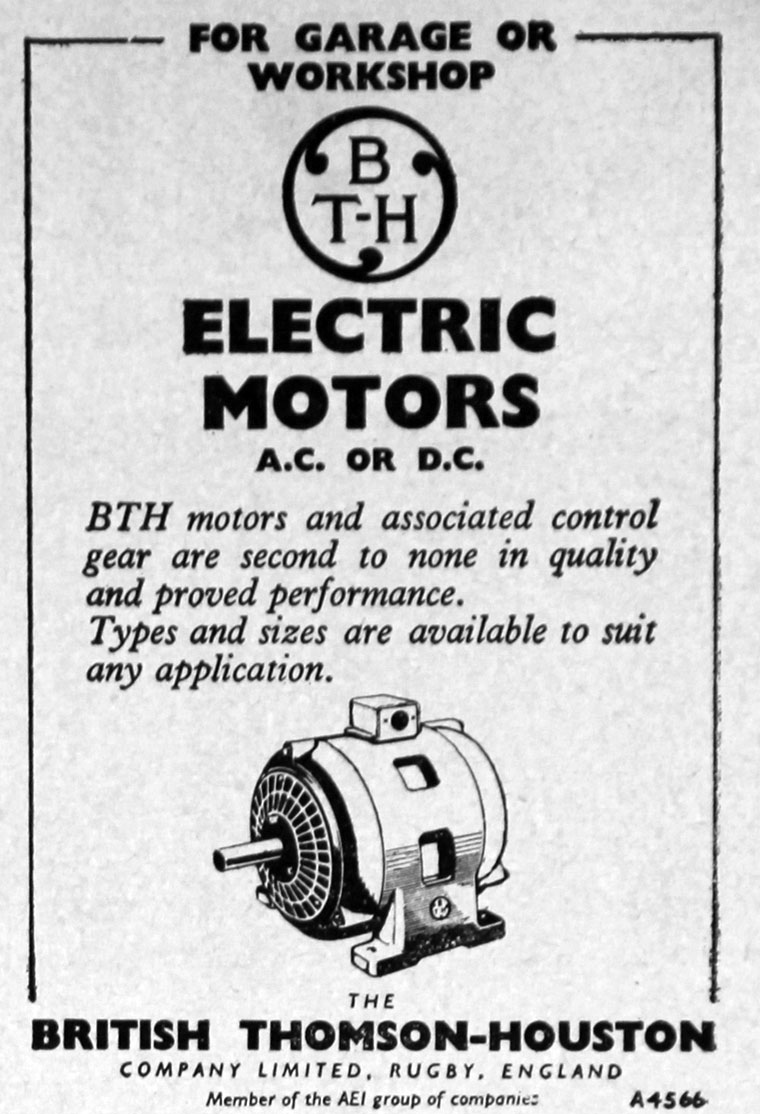 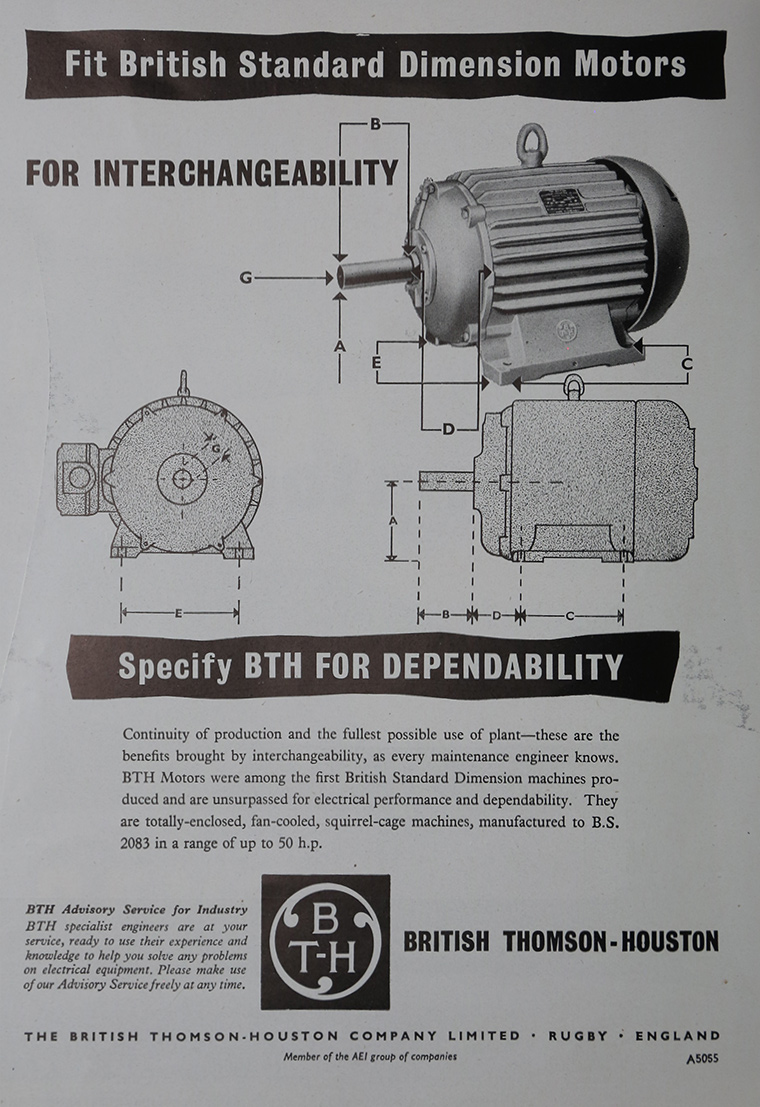 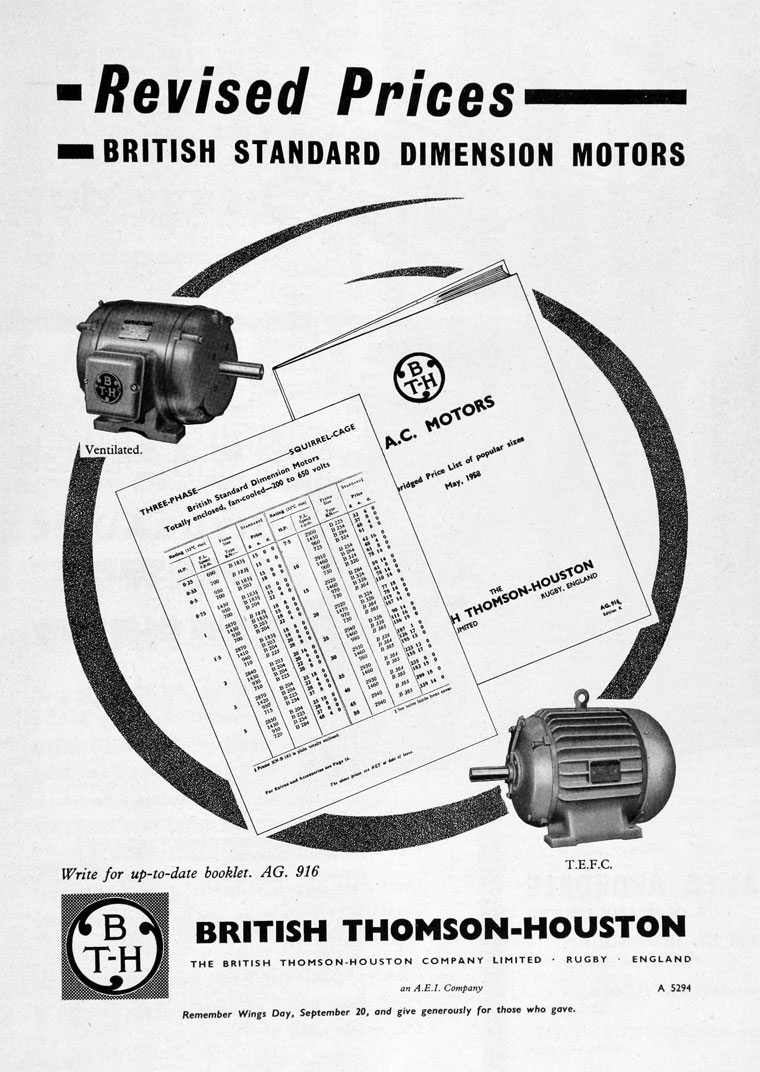 Note: This is a sub-section of BTH

1920 September. Exhibited at the Machine Tool and Engineering Exhibition at Olympia with motors for machine tool driving. [2]

1926 Received an order for six electric motor-driven centrifugal blowers, which would be the largest so far manufactured in this country. They would be used on two motor ships which John Brown and Co were constructing.[3]

1932 Produced a very large synchronous motor for the Tata Iron and Steel Co of India. Rated at 7500 HP at 94 rpm, with a peak load capability of nearly 19,000 HP. It was designed, constructed, tested and made ready for shipment in just 9 weeks.

1945 Advert for electric motors with control gear for industrial use. Fabroil silent pinions. [4]

1946 Large motors were being produced at Rugby; 'industrial motors' in Birmingham; FHP motors in Coventry and Newcastle-under-Lyme.