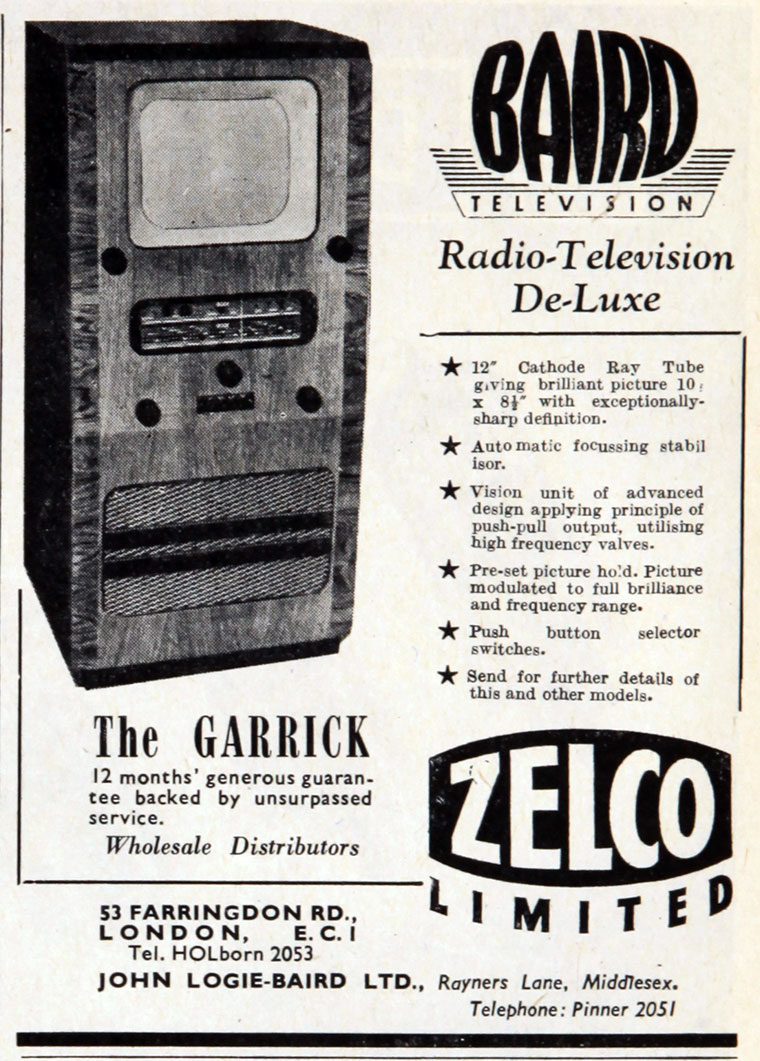 1948 Scophony Ltd acquired John Logie Baird Ltd and its associate company W. Andrew Bryce and Co of Lancelot Rd, Wembley; a new factory was opened at Wells and expansion of television production at the Wembley factory[10].