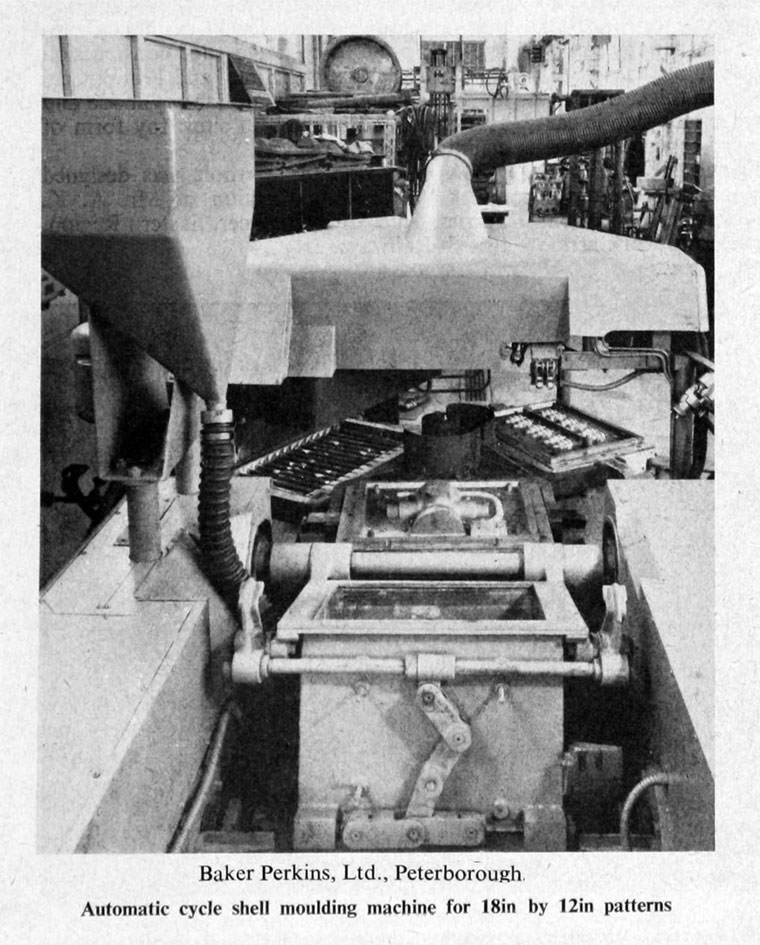 1923 Name changed to Baker, Perkins Ltd. Expansion at both Willesden and Peterborough

1932 The David Thomson operations were moved to Peterborough and that company was liquidated.

1933 Reduction in demand due to the Depression; operations concentrated at Peterborough; Willesden was closed. Chance meeting with general manager of Sun Engraving Co of Watford led to construction of rotagravure colour printing press, based on the analogous chocolate refining machine. More than 20 of these machines were delivered in the next 6 years.

1937 Began work on cordite mixers, followed by machines to make detonators and parts for anti-aircraft guns.

1961 Group engaged as engineers, manufacturing principally machinery for baking, biscuit and confectionery trade, wrapping and packing machines, and machines for the plastics, paint, laundry, chemical, rubber and other industries. 5,200 employees

1963 Formation of Baker Perkins Holdings Ltd to separate Group responsibilities from management of the trading companies.

1960s Formation of Divisional structure; decision to run down the chocolate and confectionary machine production but orders did not disappear completely.

1967 Baker, Perkins brought together all of its packaging machinery businesses in Rose Forgrove Ltd.

1967 Cravens Machines, a subsidiary of John Brown and Co, acquired the Granbull Division of Baker, Perkins which was responsible for the company's plastics work[1].

1976 the West Bromwich factory of James Halley and Sons was closed and the work transferred to Peterborough.

1987 APV acquired Baker Perkins Holdings. The Redditch factory was closed. The name of the food machinery company was later changed to APV Baker.

1997 Taken over by Siebe, which later became Invensys.