August 1900. The Boiler Shop. Harry Rees is the 4th from left in the back row 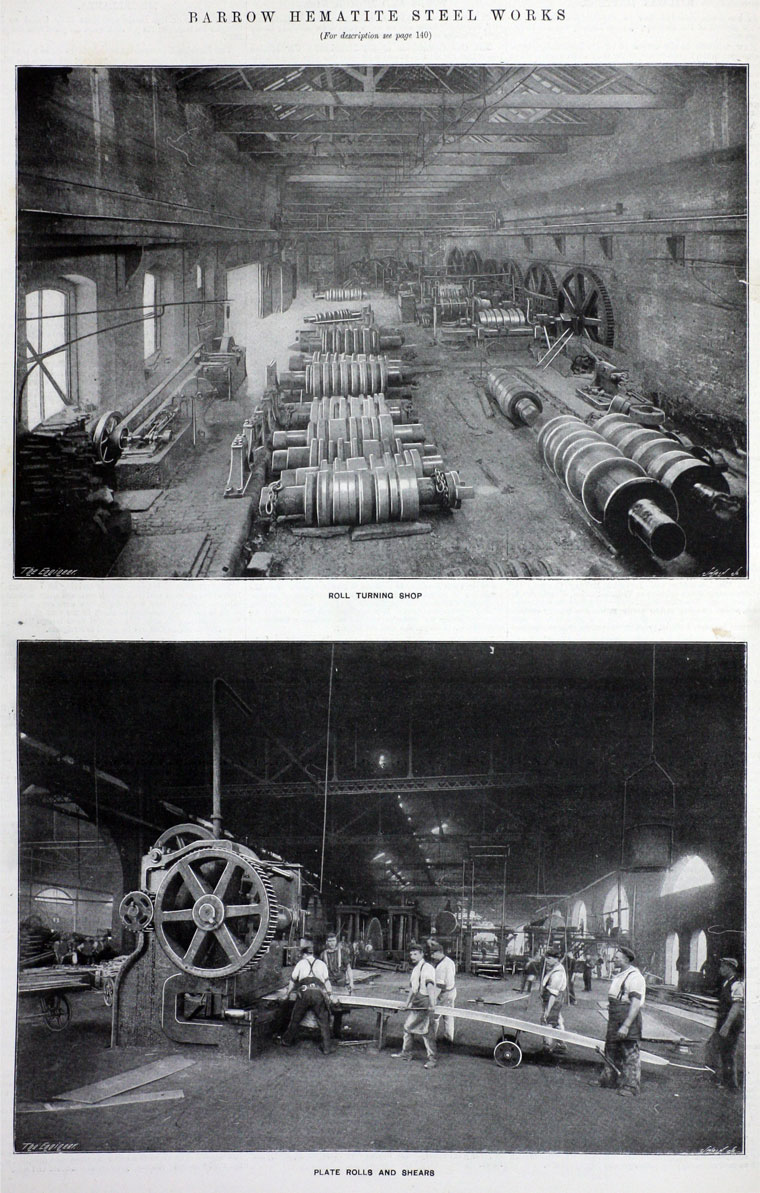 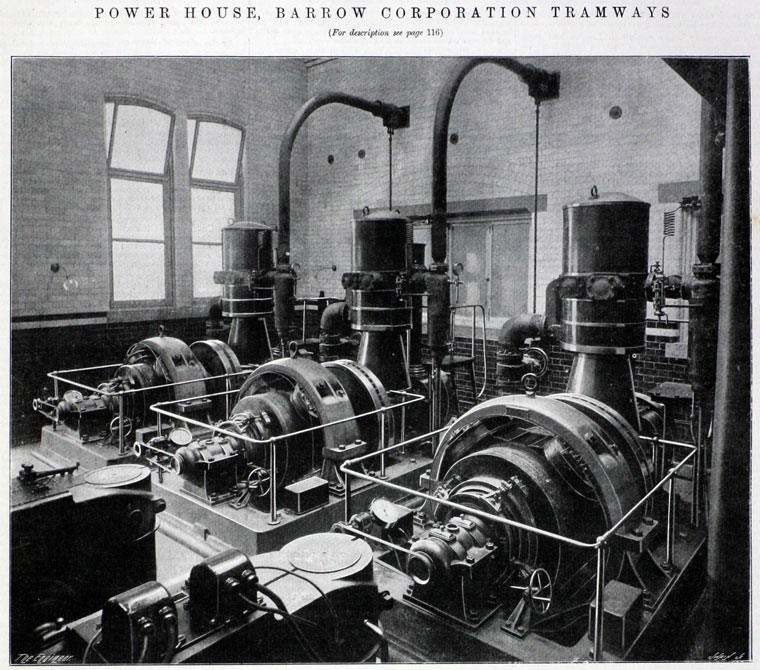 Iron and Steel makers of Barrow-in-Furness.

In the year 1859 an event took place which set the seal on the future prosperity of the Furness Railway. This was the establishment at Barrow of the Ironworks of Schneider, Hannay and Co. In the previous year (1858) this firm had bought land from the Furness at Hindpool on which to build their plant. This eventually became the steelworks and blast furnace plant of the Barrow Hematite Steel Co. With the setting up of the smelting plant at Hindpool the Furness Railway lost most of the shipment traffic in iron ore, as the bulk of this was now smelted locally, but this loss was more than offset by the pig iron and coke traffic which resulted from the establishment of Messrs. Schneider and Hannay's works [1]

1864 The company was incorporated 1864 with the (7th) Duke of Devonshire as Chairman, Sir James Ramsden as MD and Josiah T. Smith as General Manager. The company was registered on the 1 April[2]

1865 Premises erected alongside iron works of Schneider and Hannay which were bought by the company. Ten blast furnaces gave an output of 5,000-5,500 tons a week - recognised as largest ironworks in world.

The ironworks and the steelworks formed 2 physically separate units, separated by the Furness Railway main line of the early 1860s.

1872 14 furnace tops were enclosed to make use of waste gases.

The company controlled some local iron ore mines, including Park (output 375,000 tons in 1872) and Stank.

Up to 1880 11 steam hammers, when replaced by cogging mills.

The Bessemer process was eventually supplanted by Siemens furnaces at Barrow though rails continued to be rolled.

WW2 By the beginning of WW2 the steelworks had been closed and was 'mothballed', but the ironworks continued to operate using the title of Barrow Hematite Steel Co Ltd.

1942 The steelworks was acquired by the Ministry of Supply and put back into production.

In 1948 the iron works was acquired by Barrow Ironworks Ltd, although Barrow Hematite Steel Co continued to exist as a 'holding' company for the former subsidiaries who operated the Stainton Limestone Quarries and the Pennington Ore Mill.

1959 Darwen and Mostyn Iron Co was sold to Barrow Hematite Steel Co by the Holding and Realization Agency[5].

About 1961, the blast furnaces were finally blown out. No 'new' steel was then produced, the works depending entirely on the remelting of scrap.

1964 Barrow Haematite Steel, which was a subsidiary of General and Engineering Industries called in the receivers[8]

Barrow Steelworks operated until 1983, and the site is now partly occupied by an industrial estate.