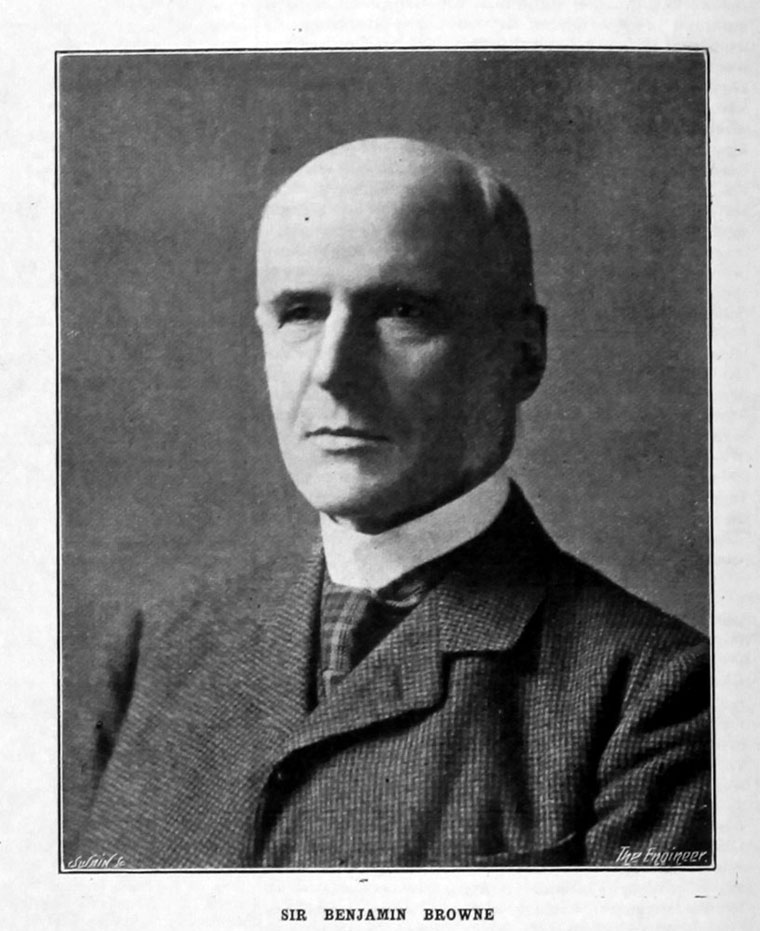 1882-4 Partner in the new business of Ernest Scott which acquired the old Close works and R and W Hawthorn.

He was educated at Westminster School and King's College, London.

In 1856 he began his apprenticeship at the Elswick Works, Newcastle-on-Tyne, and, after serving his time, he obtained a situation as draughtsman under Mr. James Abernethy, being engaged on the construction of the Falmouth Docks.

His next appointment, between 1863-5, was on the Tyne Pier works, as an assistant engineer under Mr. Messent, while for four and half years, from 1865-9, he was on Sir John Coode's staff as resident engineer on the Port Erin works and on the landing pier at Douglas, Isle of Man.

In 1870 he returned to mechanical engineering, and was one of several who purchased the works of Messrs. R. and W. Hawthorn, on the Tyne. The firm soon acquired St. Peter's works, which had been the property of Messrs. T. and W. Smith, and there the construction of marine boilers was undertaken, in addition to the existing manufacture of locomotives.

In 1882 the works were enlarged to meet the growing business with many foreign navies, and in 1886 an amalgamation was effected with the shipbuilding firm of Andrew Leslie and Co., the name of the combined businesses becoming R. and W. Hawthorn, Leslie and Co., of which Mr. Browne was elected chairman. Thereafter the building of torpedo-boats and destroyers was added to the firm's activities, and the success which it achieved was very largely due to him.

He was created a magistrate in 1877, and two years later was elected a member of the Newcastle City Council. He was Mayor of the city from 1885 to 1887, and in the latter year received the honour of knighthood. He studied economic questions very deeply, and served in 1905 on a special committee of the Home Office, which was appointed to consider the operation of the Workmen's Compensation Act.

In 1890, when serious difficulties arose between the engineering and shipbuilding workers and their employers, he took a large part, under the lead of the late Colonel Dyer, in the organization which became the Engineering Employers' Federation. He was much interested in educational institutions, and took an active share in the founding of what is now the Armstrong College at Newcastle, and for his work in this connexion, the Durham University conferred upon him the honorary degree of D.C.L. He was Deputy-Lieutenant for the County of Northumberland, and a Justice of the Peace for the City of Newcastle and for Gloucestershire.

In 1880 he read a Paper before this Institution on "Browne's Tramway Locomotive."