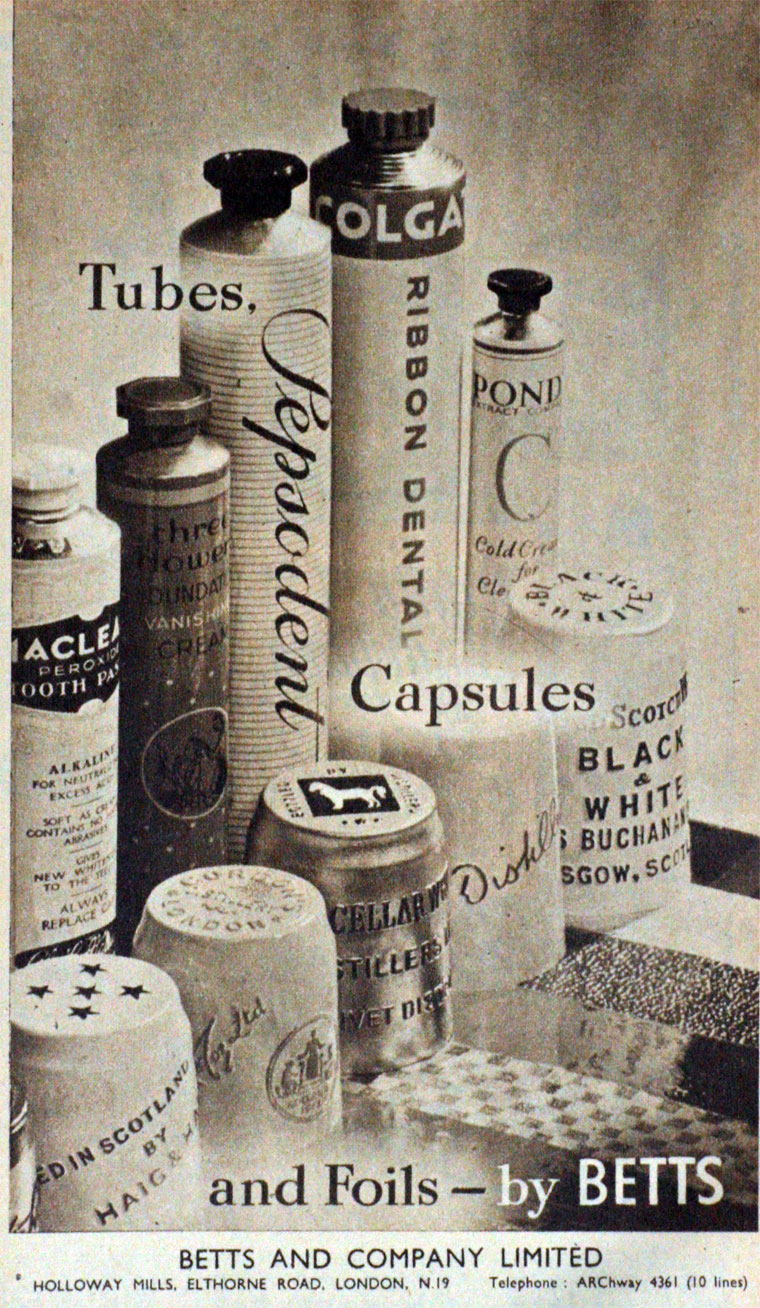 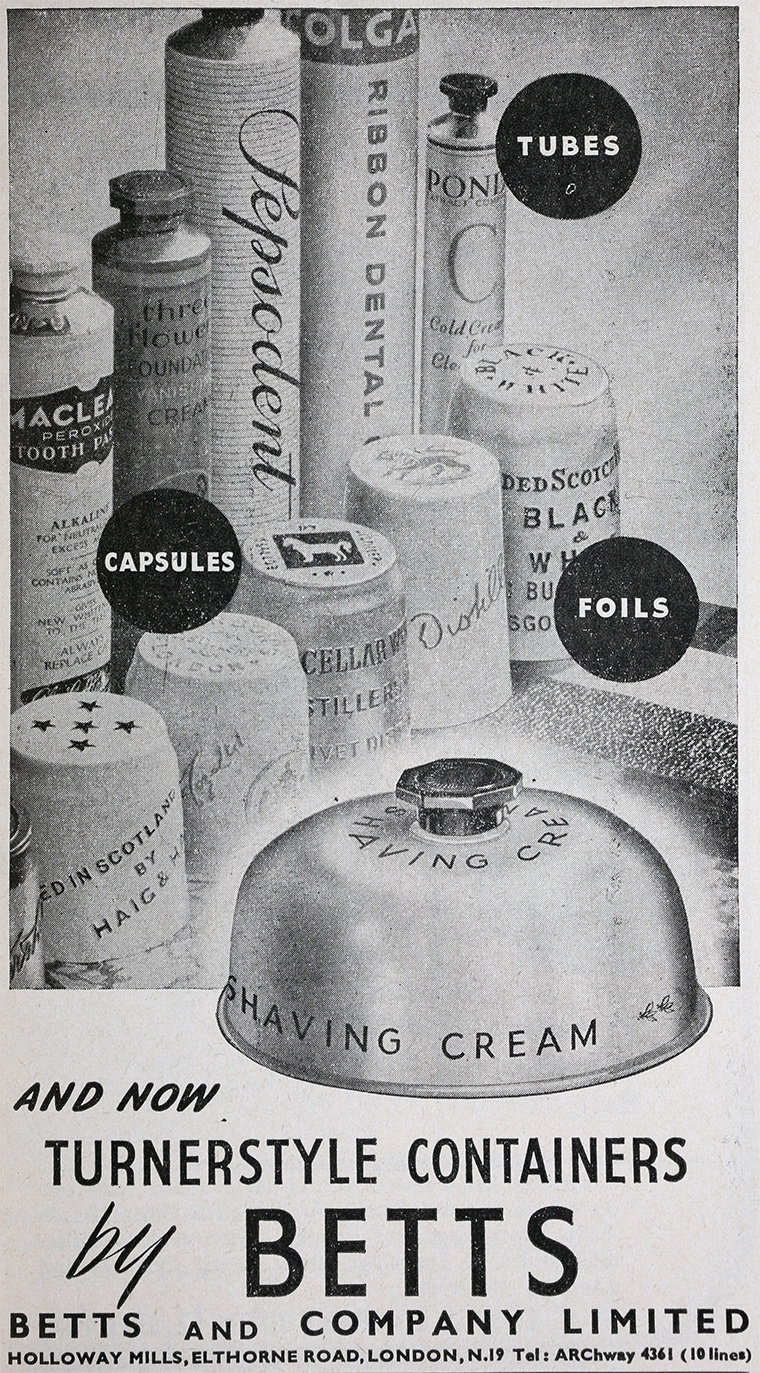 1840 Established in London by his son W. Betts.

1912 Exhibited thin foils of lead and tin as used for packing tea, chocolates, etc. at the Non-Ferrous Metals Exhibition at the Royal Agricultural Halls[1].

1914 Manufacturers of metallic bottle capsules etc. Specialities: patent metallic capsules, tin and lead foil, tea lead, collapsible tubes, perfumery sprinkler corks etc. Betts and Co were the original patentees of the metallic capsules and they were produced in great variety including the patent adhesive breaking line, perforated, side embossed or printed and other kinds adapted to a wide range of uses. [2]

1934 Reverted back to public company.

c1960 Courtaulds acquired Betts and Co, making foils, collapsible tubes and containers for aerosols, as part of its expansion of its experience in packaging[3].

1998 After acquisition by Akzo-Nobel, management buyout of 3 plastics and packaging businesses as Betts, based in Colchester and another UK site at Wrexham; customers included several major FMCG companies.[5]