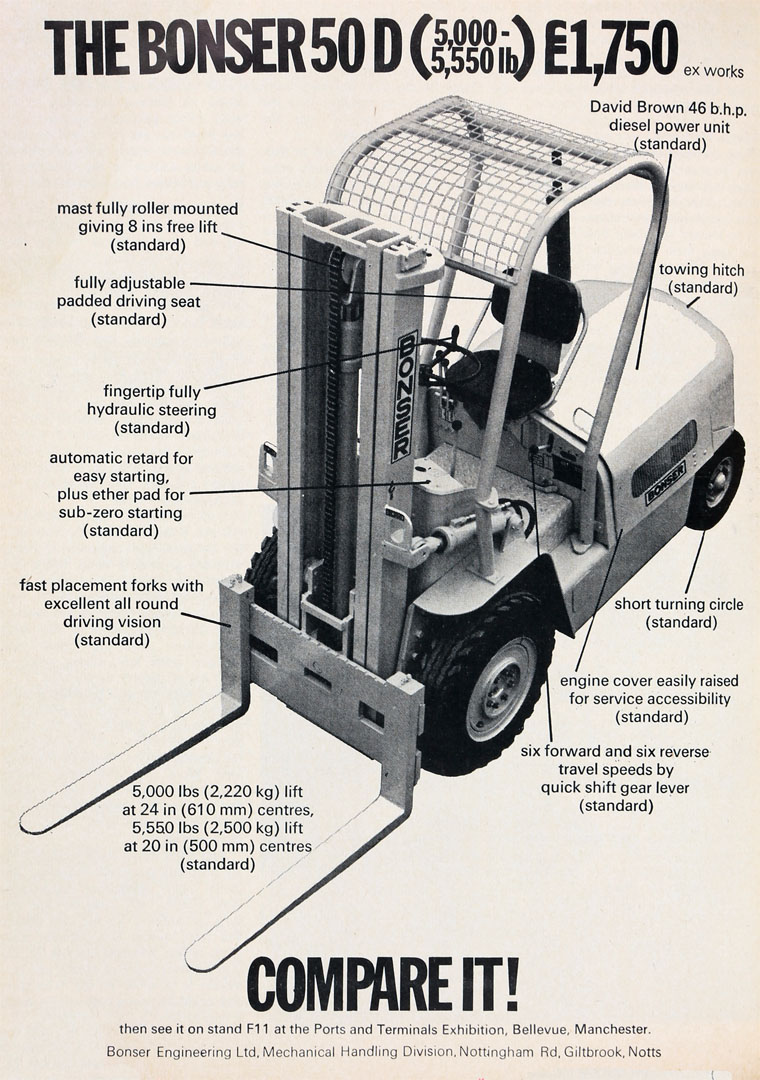 1964 Makers of mechanical handling equipment, hydraulic mining and industrial equipment; shares placed with plans for listing on the Birmingham exchange[2]

1966 One of 3 suppliers of pit props for long-wall mining to the National Coal Board; this had largely replaced agriculture and horticulture as the firm's main business; new factory and research department opened at Giltbrook, Notts[3]. Mr F Bonser was chairman.

1967 Another major line was fork-lift trucks, 40 percent of which were exported[4]

1969 Introduced a line of battery electric fork-lift trucks, on addition to the diesel-engined trucks[5]. Under encouragement from the Industrial Reorganisation Corporation, sold the mining equipment business to Dowty Mining Equipment[6]

1973 Acquired Bristol Pneumatic Tools from the trustees of the late Frank Bonser; this would be complementary to the existing businesses which had just received orders for fork-lift trucks and dumpers[8]

1976 Became the first publicly-quoted British company to introduce a 2-tier board, as on the Continent[9]