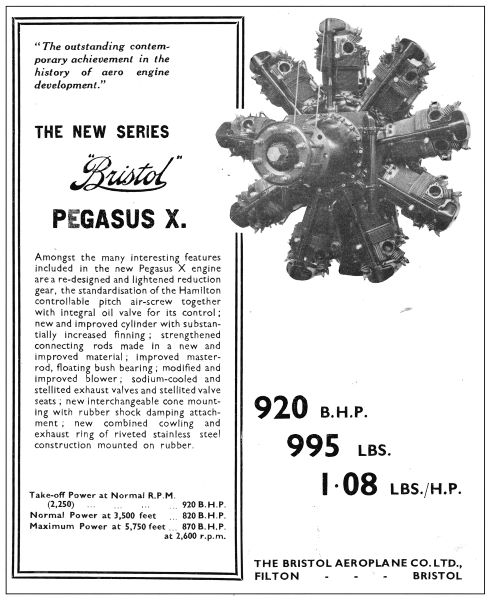 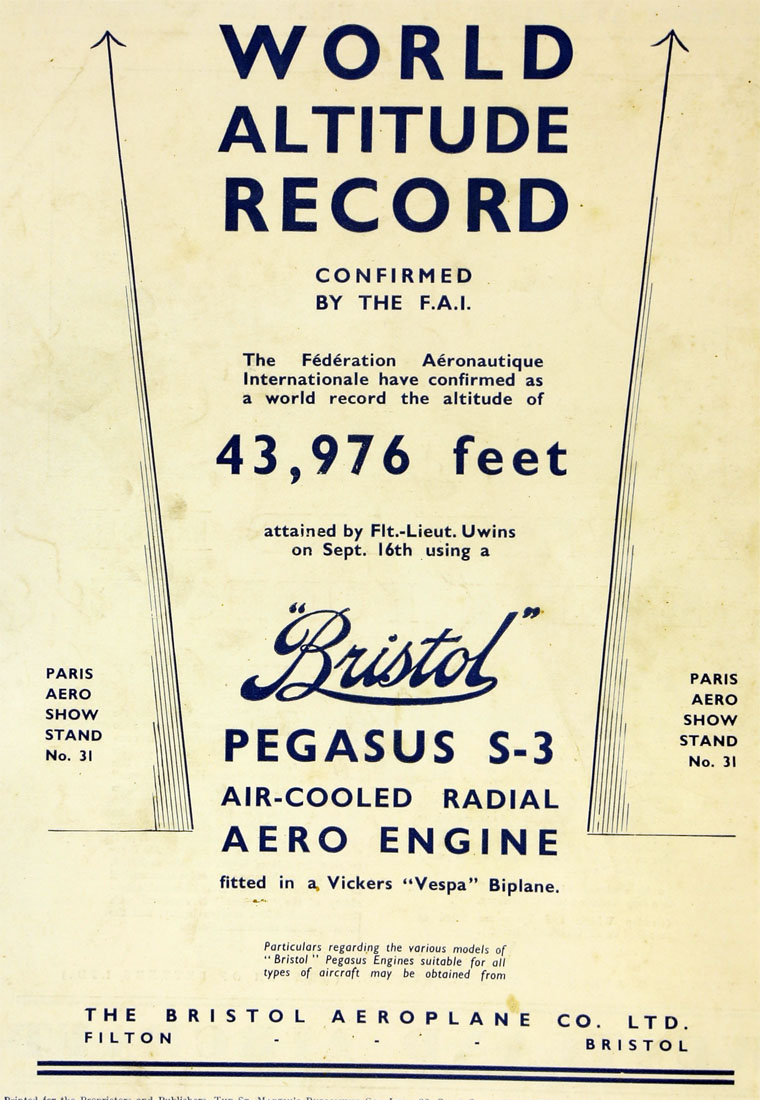 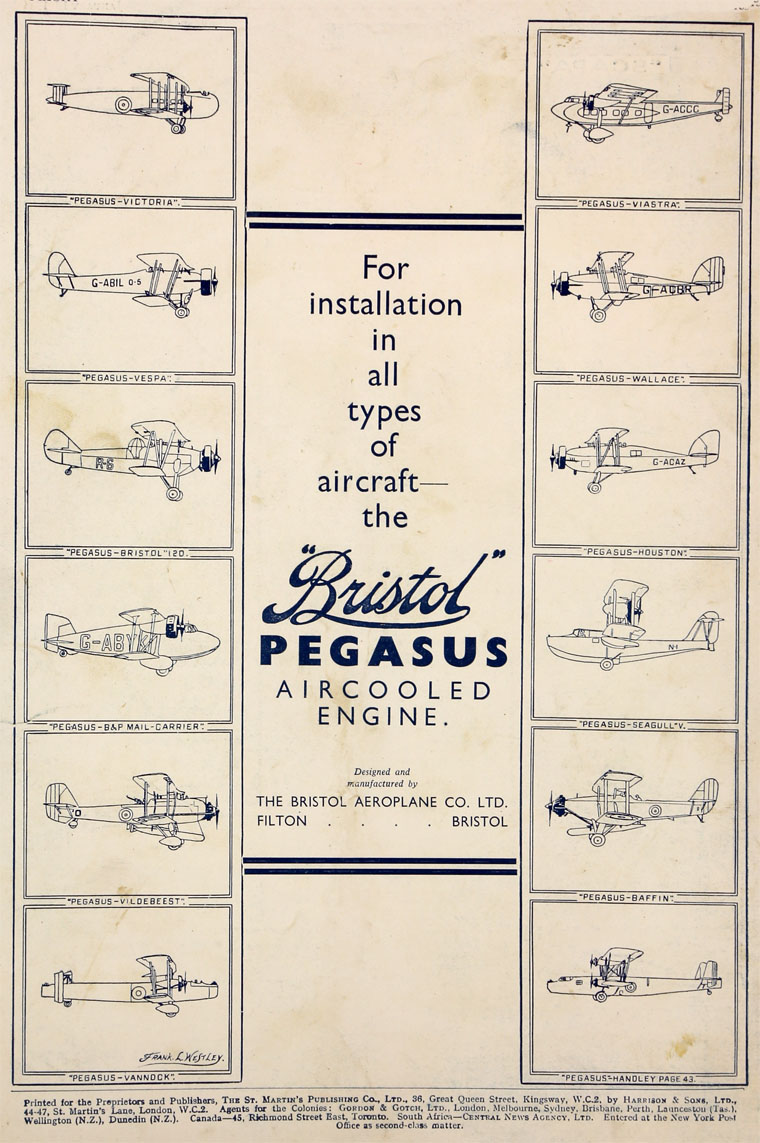 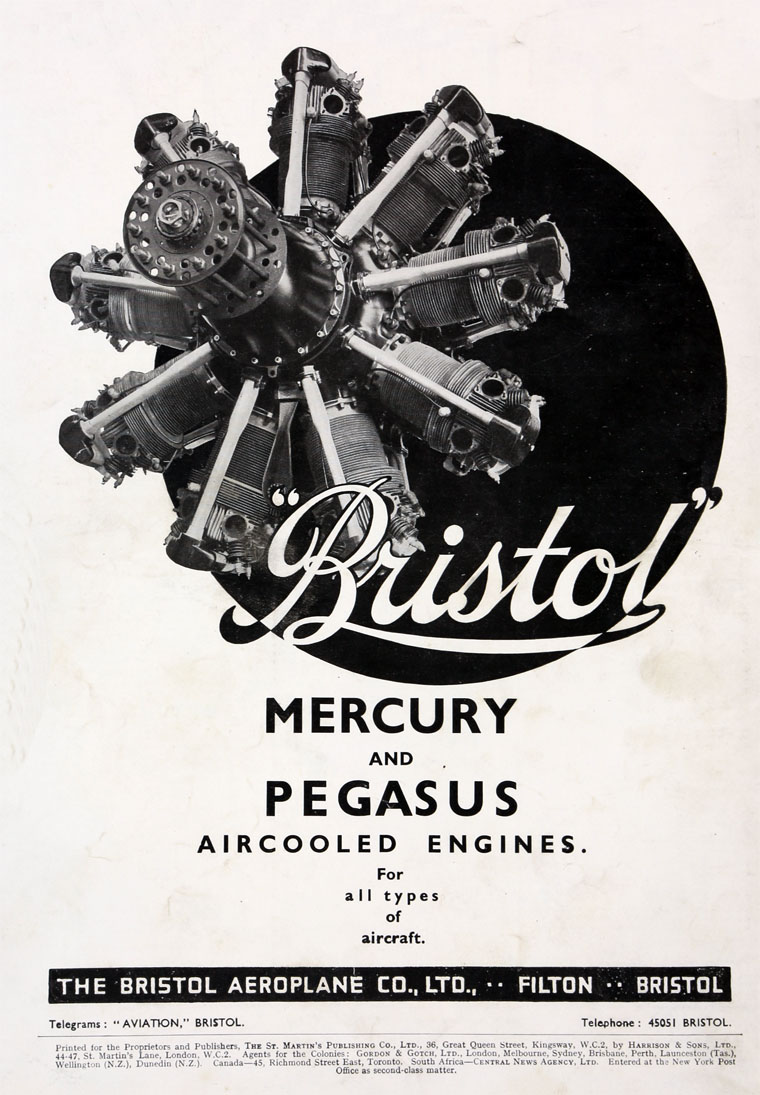 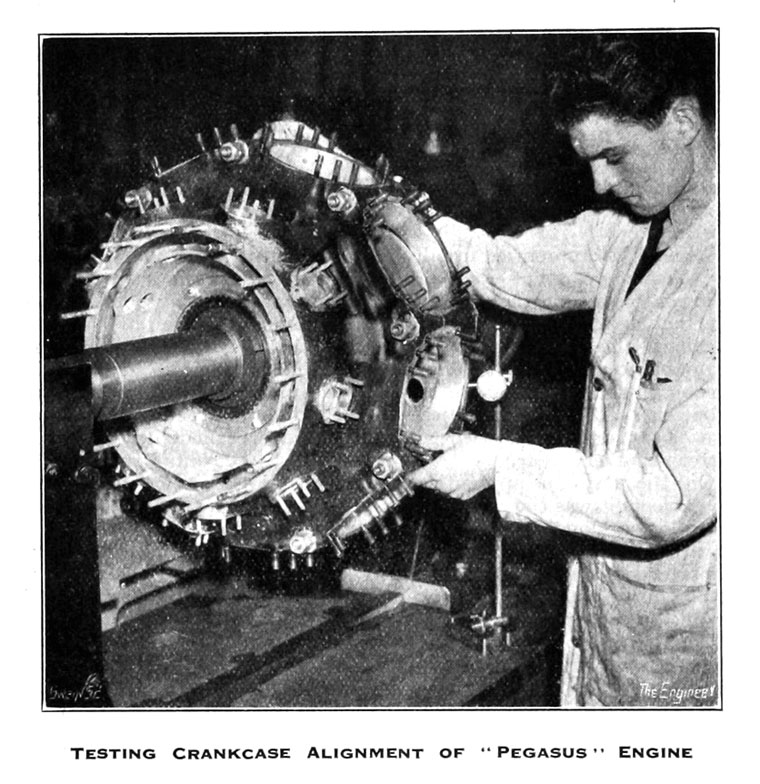 The Bristol Pegasus was a British 9-cylinder one-row air-cooled radial engine used in the 1930s and 1940s aircraft. Bristol reused the name many years later for the engine used in the Hawker Siddeley Harrier; that engine later became known as the Rolls-Royce Pegasus.

The Pegasus was designed by Roy Fedden as the follow-on to the Bristol Engine Co's very successful Jupiter, following lessons learned in the Mercury effort. The Mercury was a small engine that produced about as much power as the Jupiter, through a combination of supercharging that improved the "charge", and various changes to improve the operating RPM. Power of a piston engine can be calculated by multiplying the charge per cylinder by the number of cycles per second; the Mercury improved both and thereby produced more power for a given size. The primary advantage was a much improved power-to-weight ratio.

The Pegasus was the same size, displacement and general steel/aluminium construction as the Jupiter, but other improvements allowed the maximum engine speed to be increased from 1,950 to 2,600 rpm for take-off power. This improved performance considerably from the Jupiter's 580 hp (430 kW), to the first Pegasus II with 635 hp (474 kW), to 690 hp (515 kW) in the first production model Pegasus III, and eventually to the late-model Pegasus XXII with 1,010 hp (750 kW) thanks to the two-speed supercharger (introduced on the Pegasus XVIII) and 100-octane fuel. This gave rise to the claim "one pound per horsepower" reflecting the excellent power-to-weight ratio.

The most famous use of the Pegasus was on the Fairey Swordfish, Vickers Wellington, and Short Sunderland. It was also used on the Anbo 41, Bristol Bombay, Saro London, Short Empire, Vickers Wellesley and the Westland Wallace. Like the Jupiter before it, the Pegasus was also licensed to the PZL company in Poland. It was used it on PZL.23 Karaś and PZL.37 Łoś bombers. In Italy Alfa Romeo built Jupiter (126-RC35) and Pegasus licence versions, the engine based on Pegasus was named as Alfa Romeo 126-RC34 and civil version as RC10.[1]