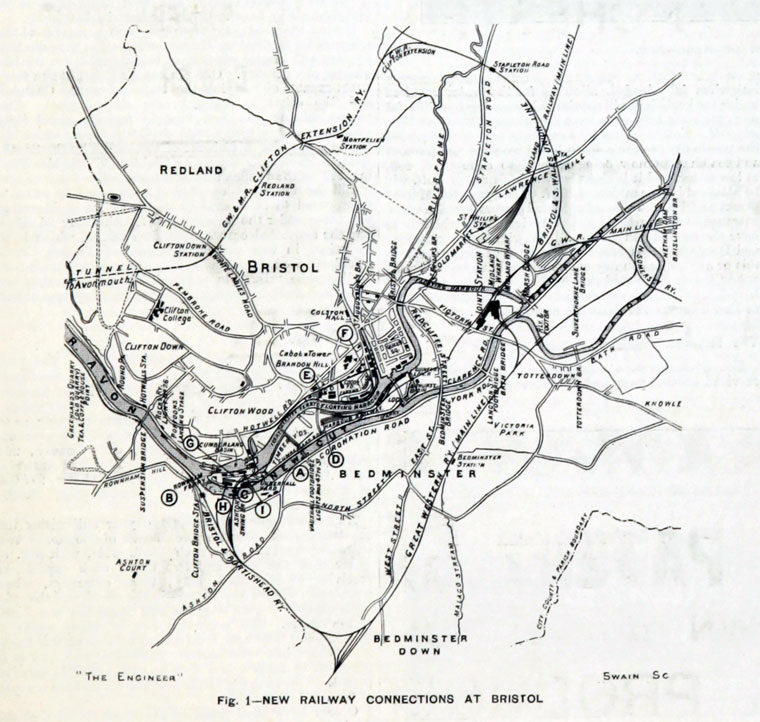 1876 Accident - On July 27th the up Flying Dutchman was derailed at Long Ashton near Bourton, on the Bristol and Exeter section of the Great Western Railway. The two engine-men were killed, but there were no serious injuries to tho passengers. Two points should be noted:- (1) The line was converted from the broad to the mixed gauge in 1875, and whilst the longitudinal principle was continued the extra rail brought difficulties, and the permanent way inspector did not get all the increased staff he asked for; (2) the Bristol and Exeter Railway had been taken over by the Great Western as from the previous April, and the permanent-way inspector just, mentioned told the Board of Trade Inspector "They had run too close with the materials towards the end of the Bristol and Exeter time, and it was about six weeks after the line was handed over before they could get material...He could have kept the line better if he had had more men and material." The engine was No. 2001 of the well-known 4-2-4 tank type. Captain Tyler reporting to the Board of Trade concluded that the permanent way was not in good condition. The off rail rested loosely on the longitudinal timber and the sleeper loosely on the ballast. The line was not in good level and the gauge was slightly tight.[3]