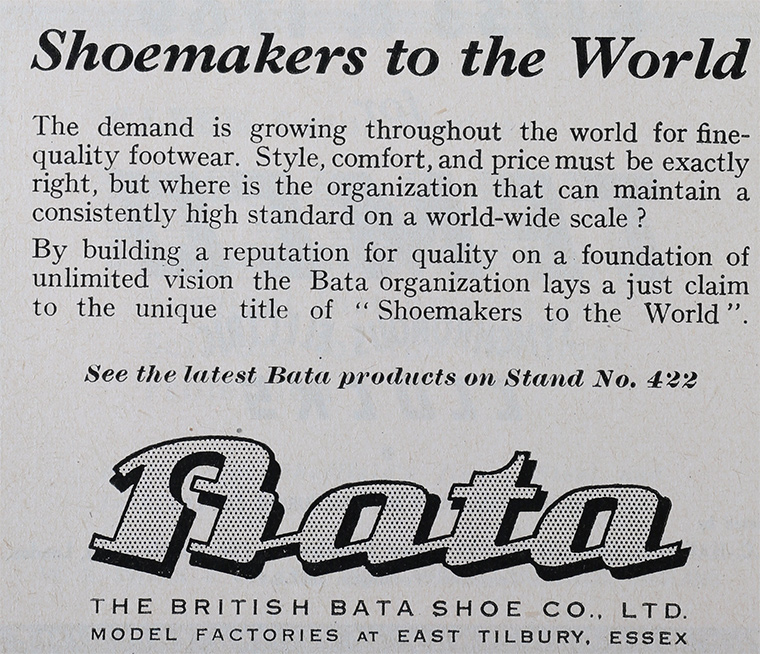 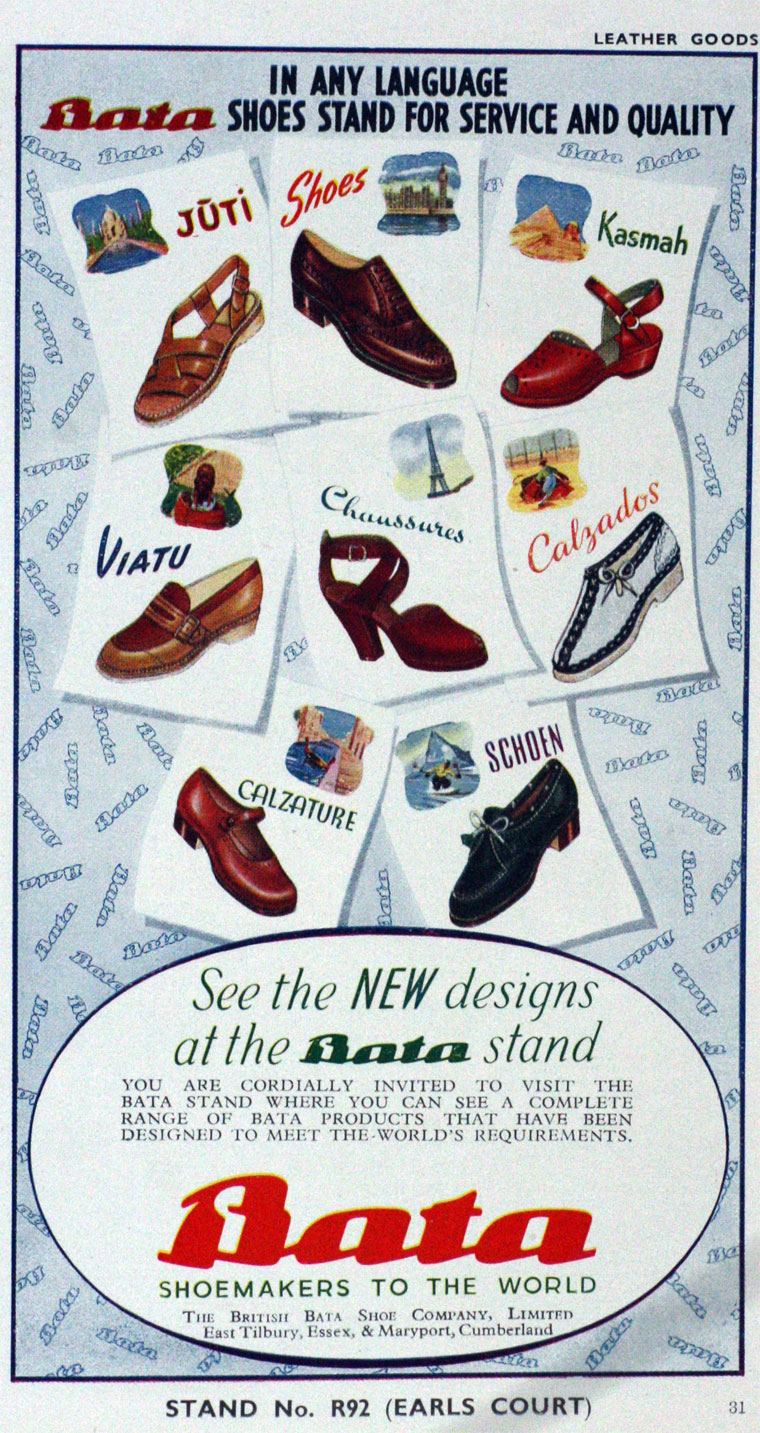 1894 The T. and A. Bata Shoe Company was registered in Zlin, Czechoslovakia by the siblings Tomáš, Anna and Antonín Bata. Innovative, it departed from traditions of the one-man cobblers’ workshop.

1895 Antonin left the company to join the army, sister Anna followed soon after to get married. Tomáš Bata took over the company leadership alone.

1897 Tomáš Bata introduced the first fabric shoe and with it production mechanisation.

1917 Sales reached 2 million pairs per year produced by 5,000 employees. As the company prospered so did the communities where it operated. Bata created stores, built housing, schools and hospitals near factories.

1922 Post World War I, currencies were devalued and consumer purchasing power was at an all time low. Bata cut shoe prices by 50%; stores were flooded with customers.

1932 At the time of Tomáš Bata’s tragic death, in a plane crash, the company intensified diversification into the production of tyres, aircraft, bicycles and machinery.

With the onset of the recession in the 1930's, Reverend Bown of Tilbury approached Tomáš Bata to suggest the siting of a British Factory at East Tilbury, thus supplying work for the youth locally.

1933 The first party of Batamen arrived on the Essex Marshes in May.

As work was very hard to find in the 1930's men and women travelled from all over Thurrock to try to get a job within the New Factory. Representatives from the Factory toured local schools telling students that if they were to work for the British Bata Shoe Company they would be able to afford a car - in a world where there were very few cars this seemed a dream to many. Two of the farm cottages were converted to become the Factory Entrance and the first Bata Shoe Shop at East Tilbury.

1939 Bata operated 63 companies in various industries but footwear remained the core business, with 60 million pairs sold per year in more than 30 countries.

1940 Part of the company management under the leadership of Thomas J. Bata started to operate from Batawa, near Toronto, Canada.

1960s The company’s headquarters were officially relocated in Toronto.