Difference between revisions of "British Chuck and Piston Ring Co" 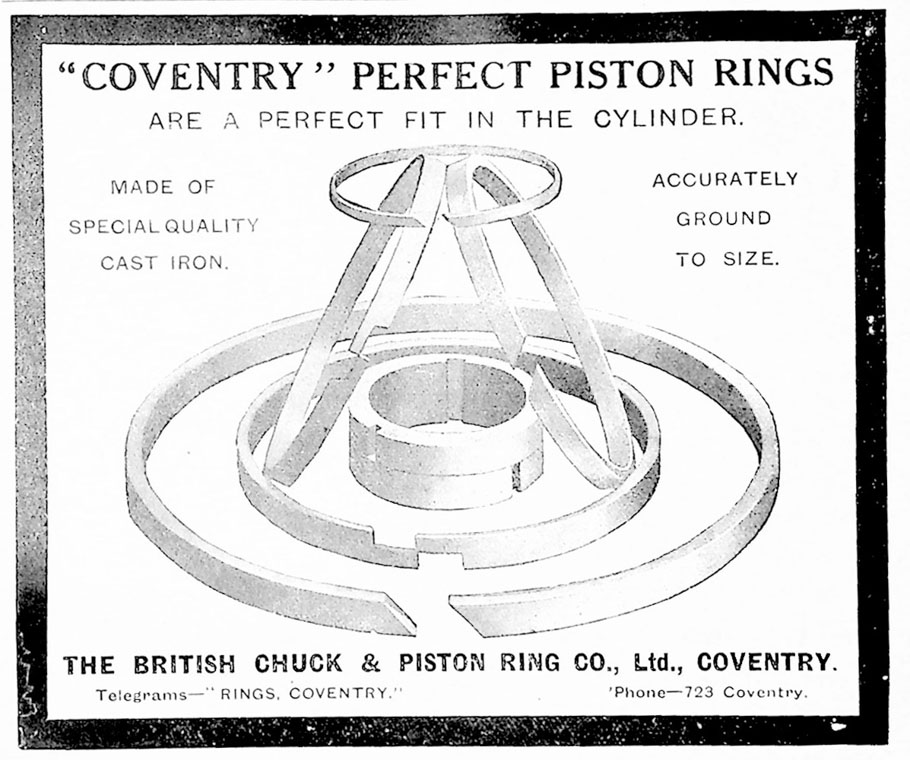 1916 The works occupied about 2 acres of which about half was workshops; about 170 people were employed, a third of whom were staff and skilled workers including a chemist and an assistant chemist; using machinery designed by W A Oubridge (managing director).[1]