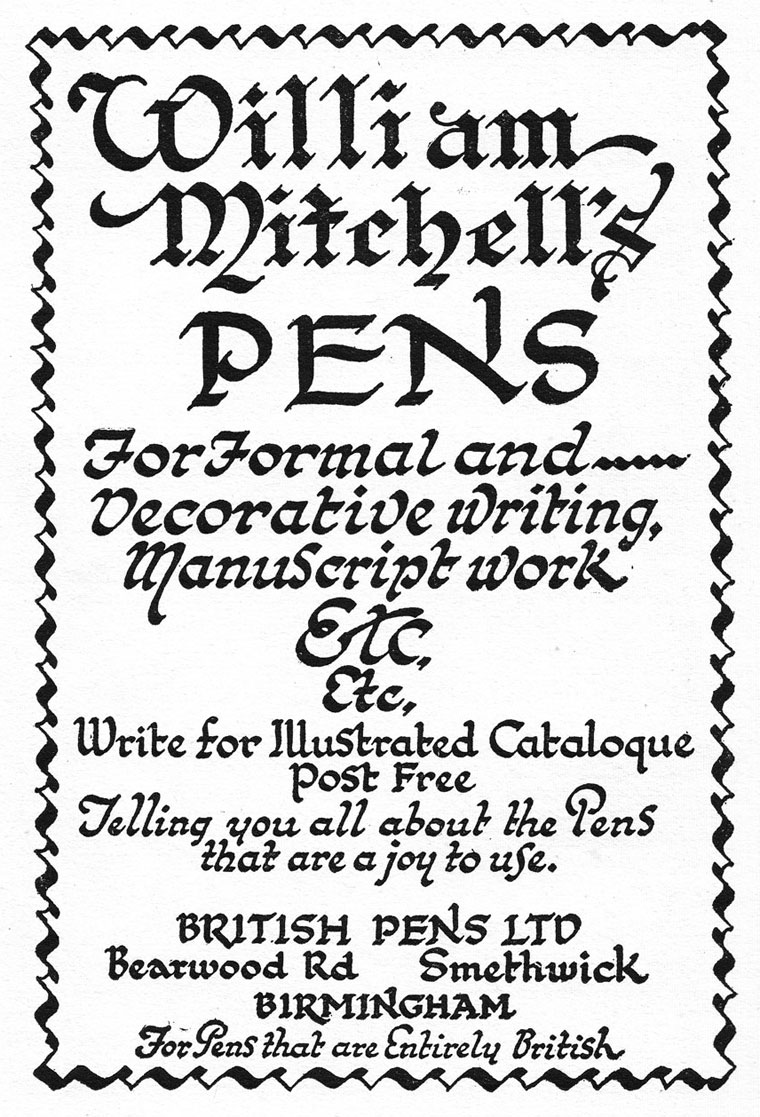 1920 The company was formed when Hinks, Wells and Co and William Mitchell came together at the Pedigree Works in Birmingham.

After World War II, staff from the London Jewel Co joined them and they began to produce ball point pens.

In the 1960s British Pens acquired the pen businesses of Perry and Co (Pens), John Mitchell and Joseph Gillott and Sons.

The company still makes pens in the West Midlands.