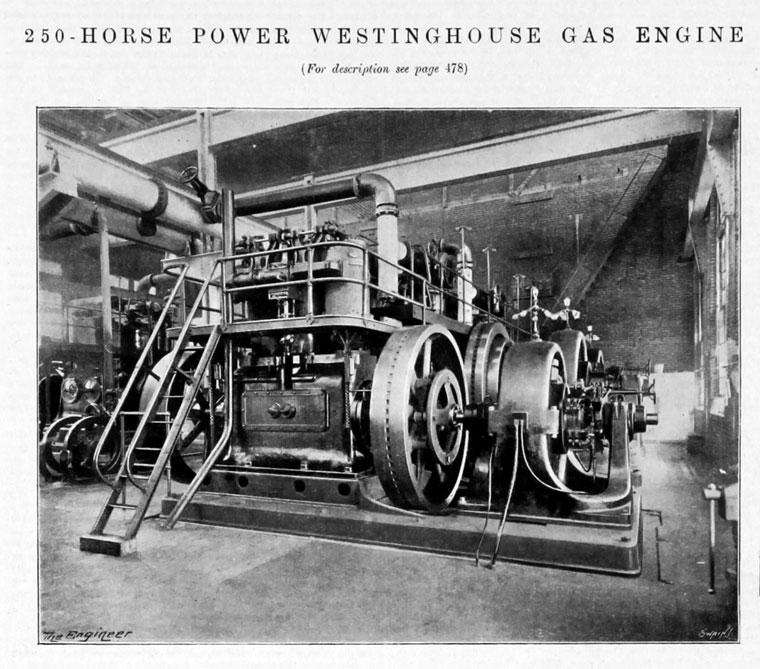 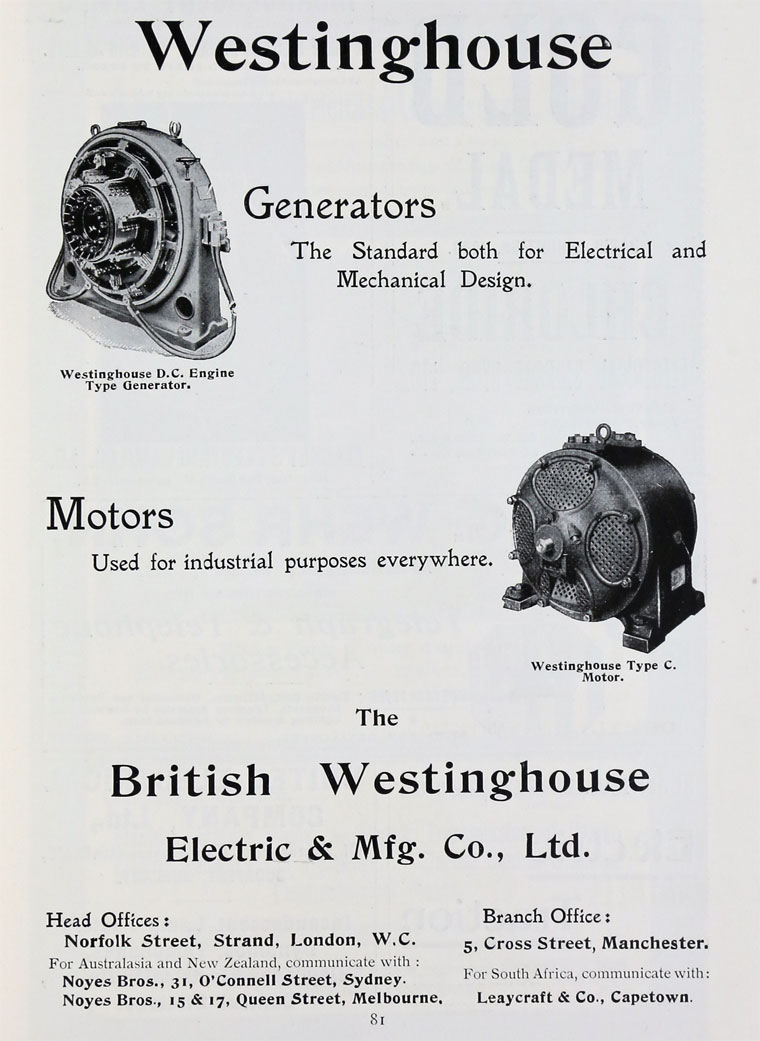 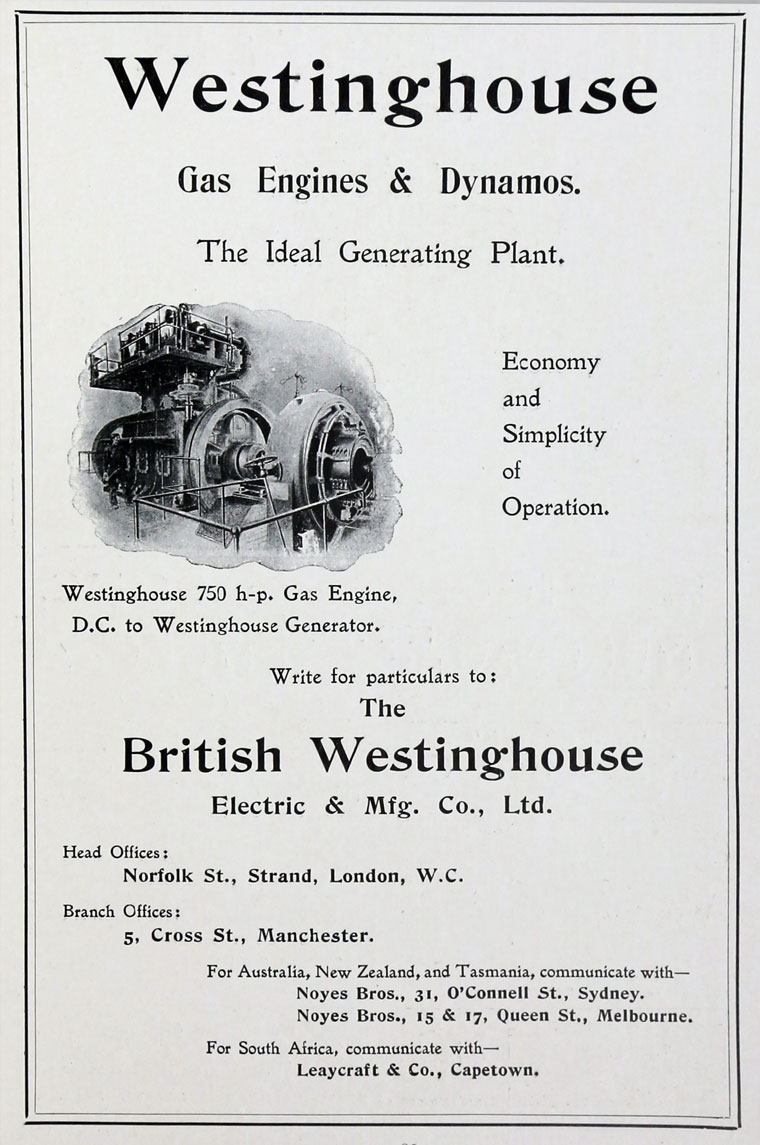 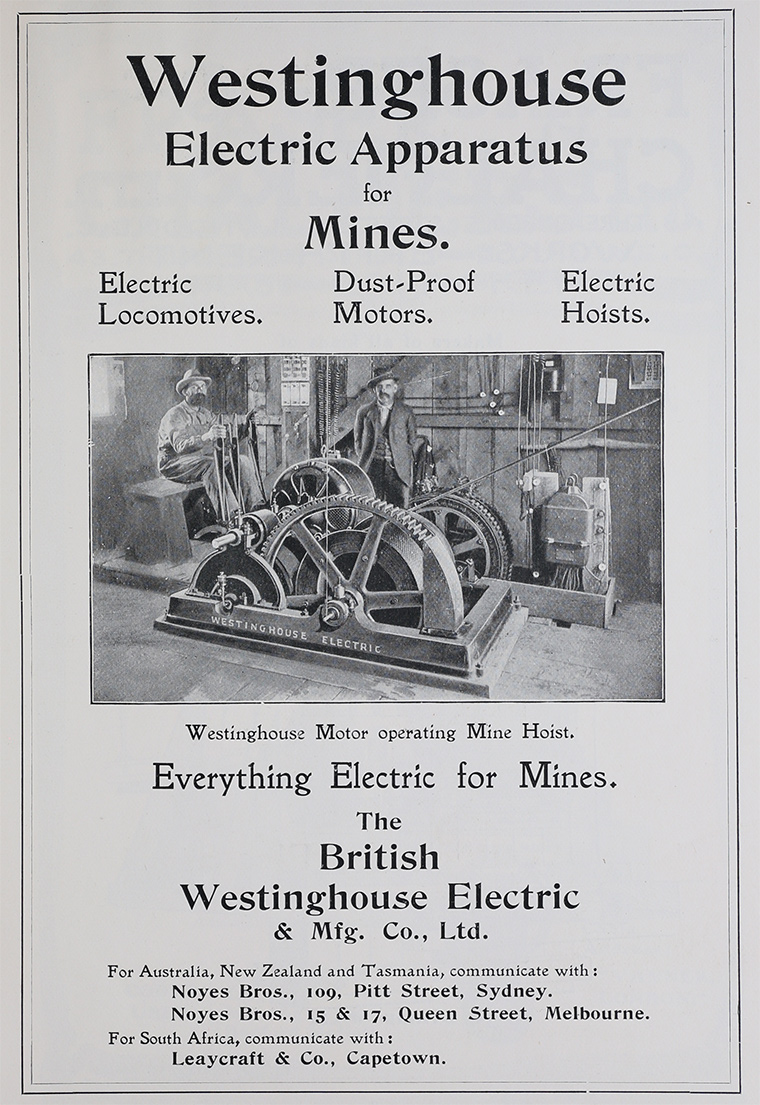 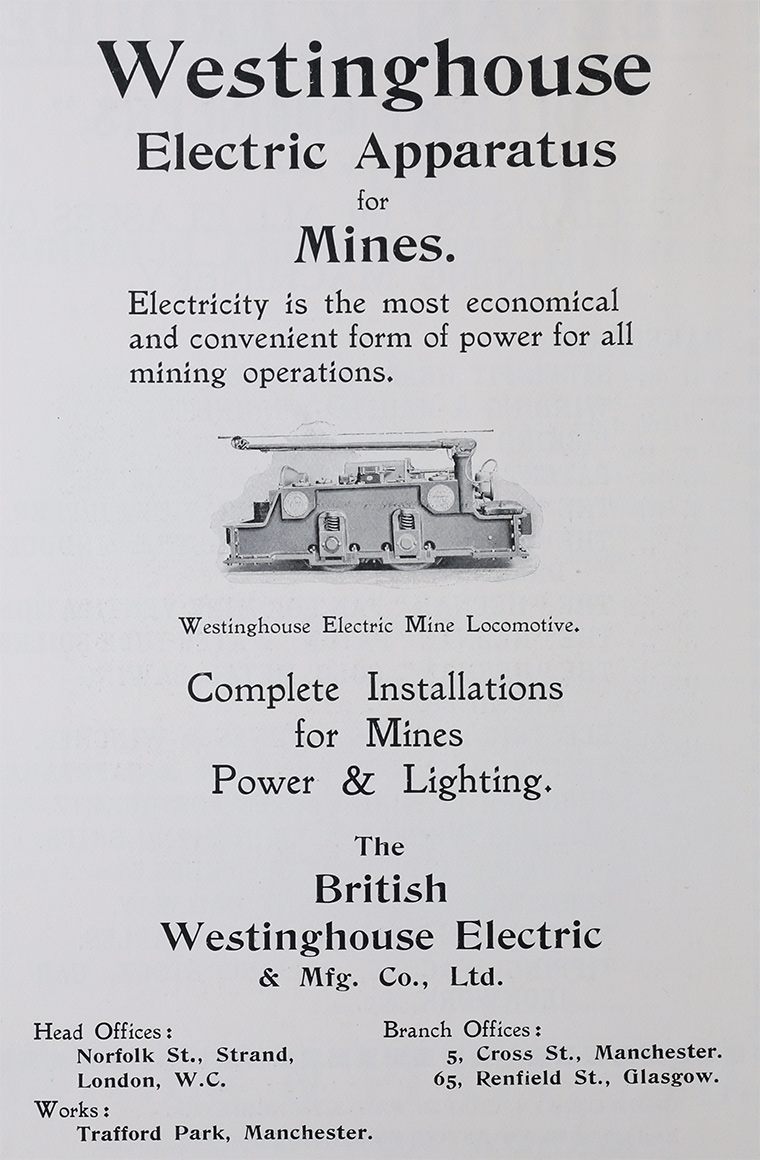 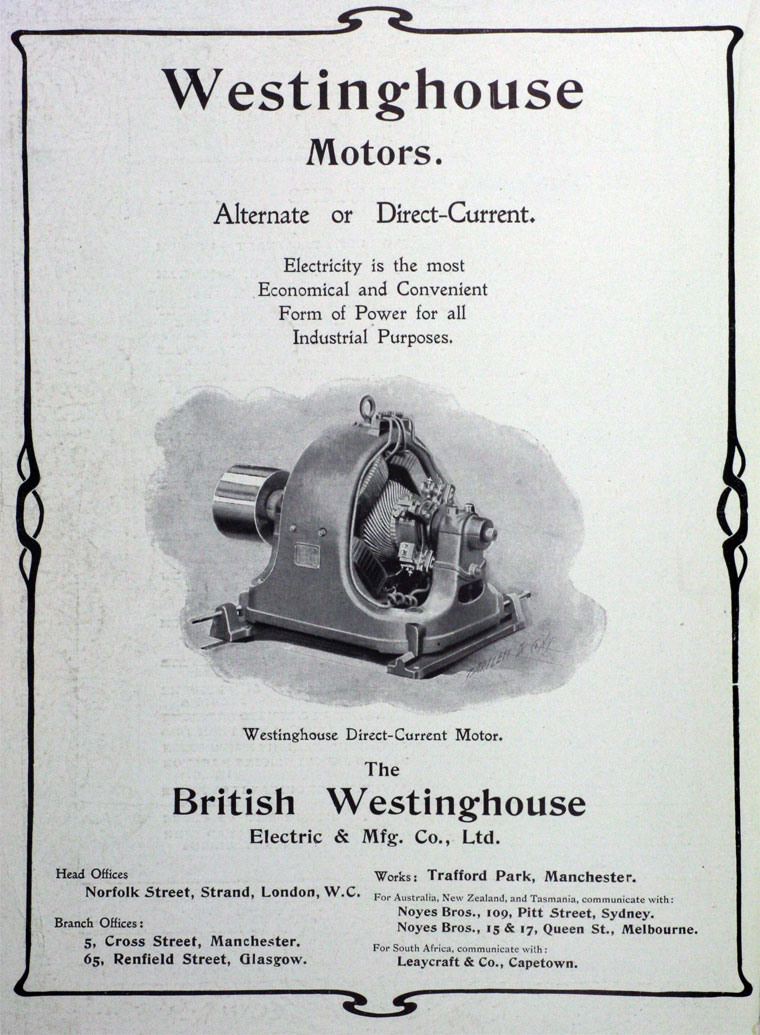 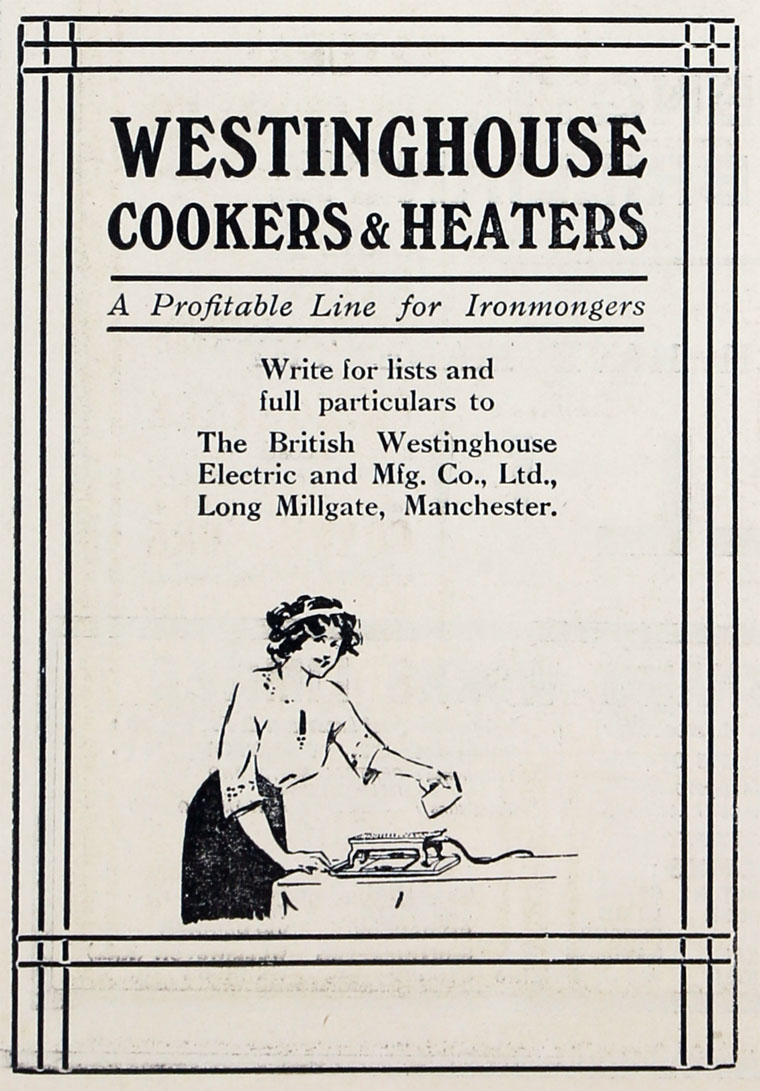 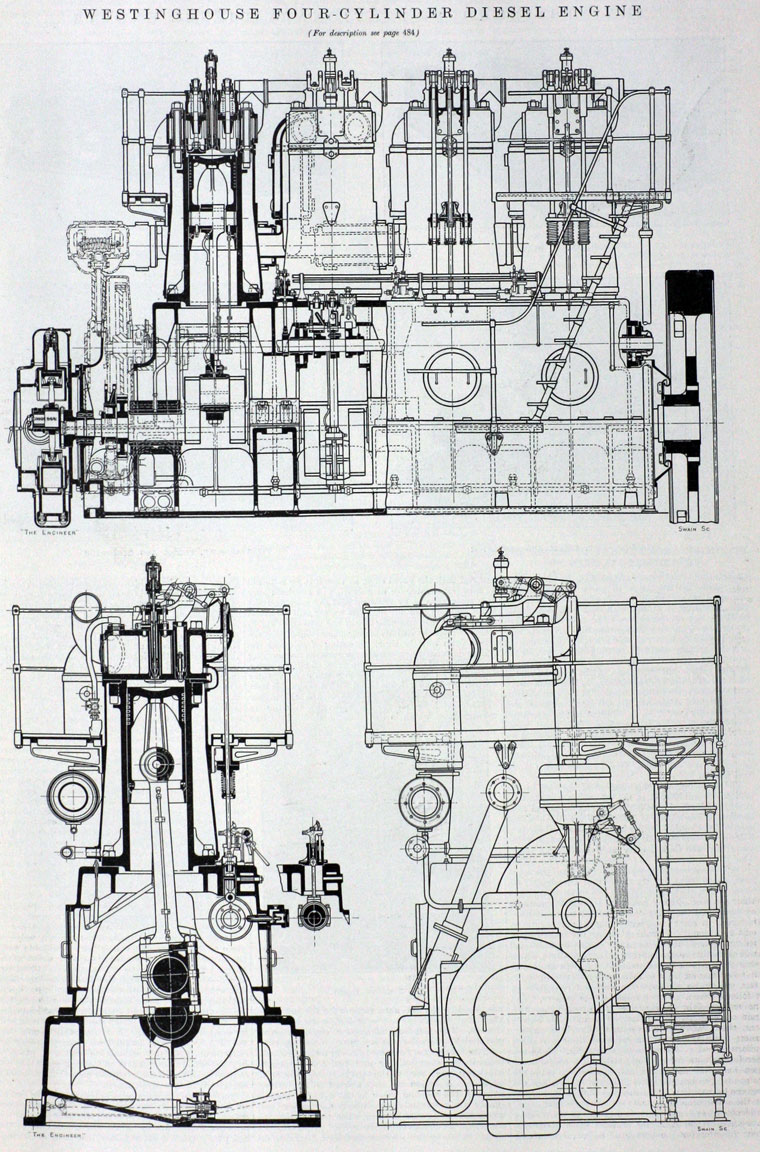 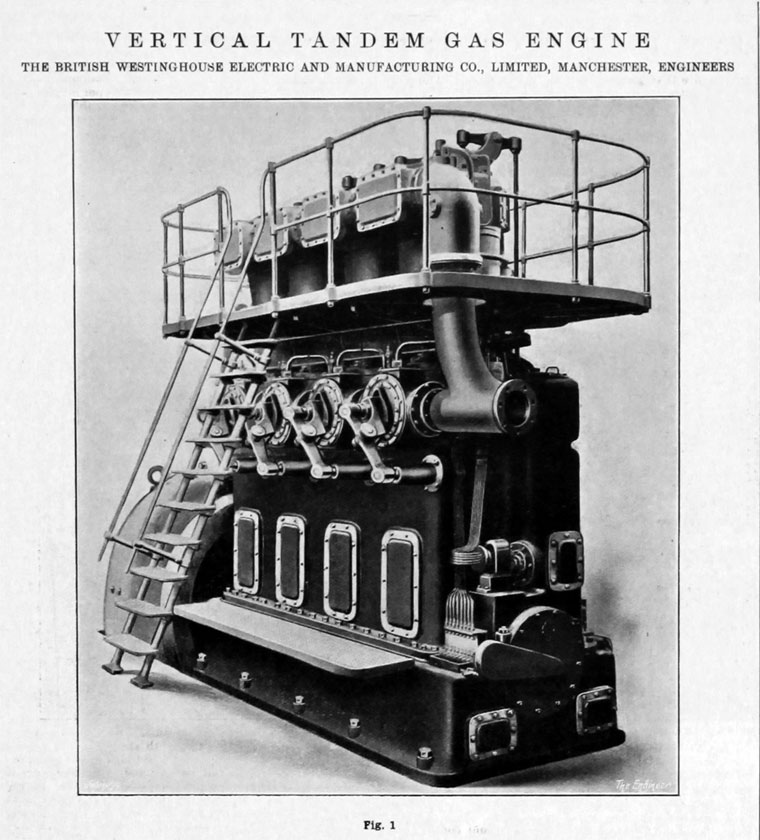 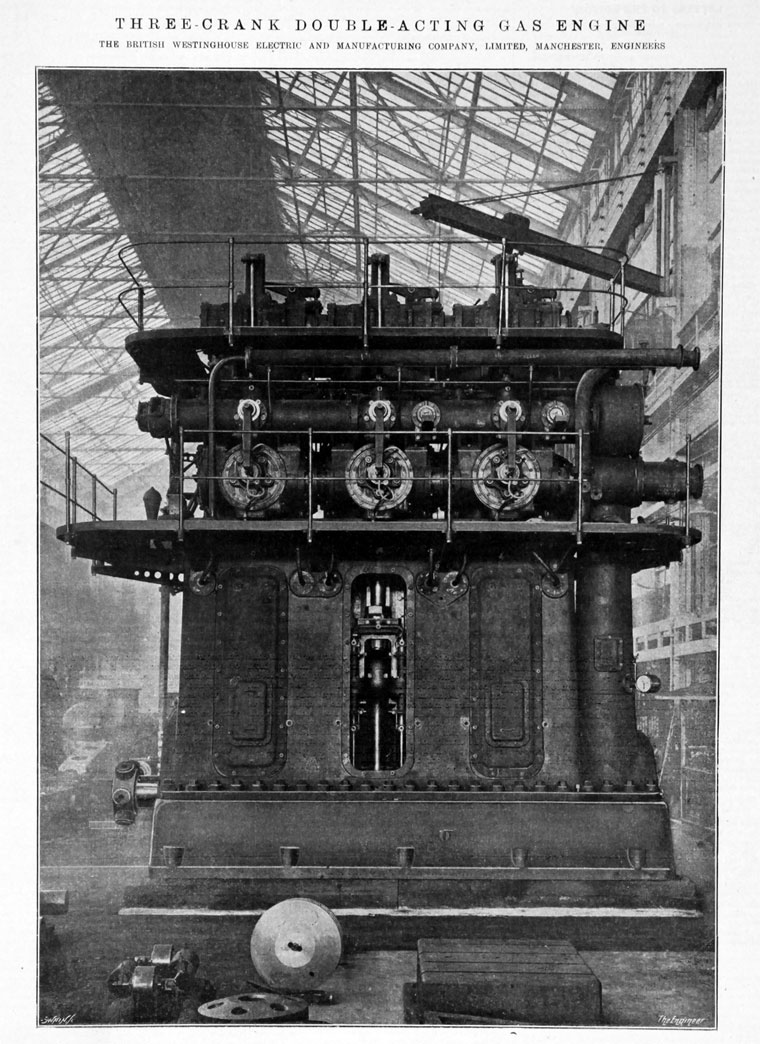 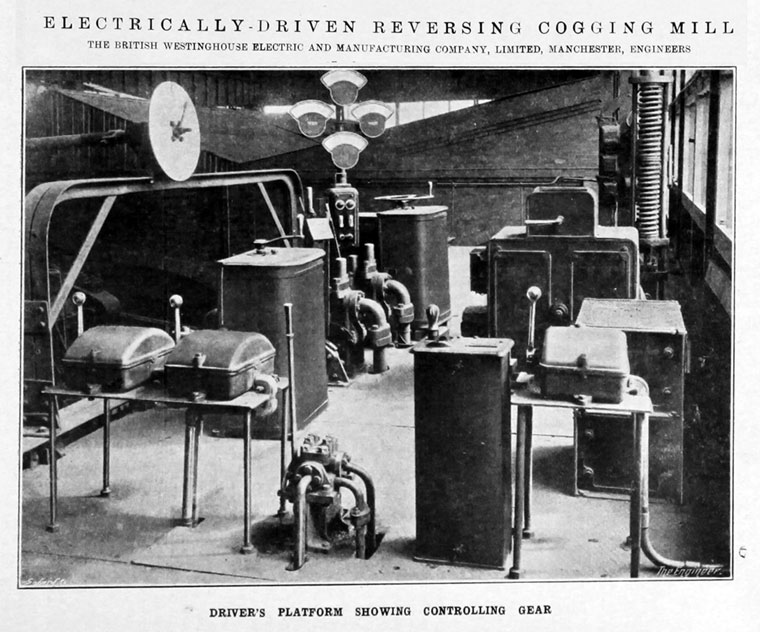 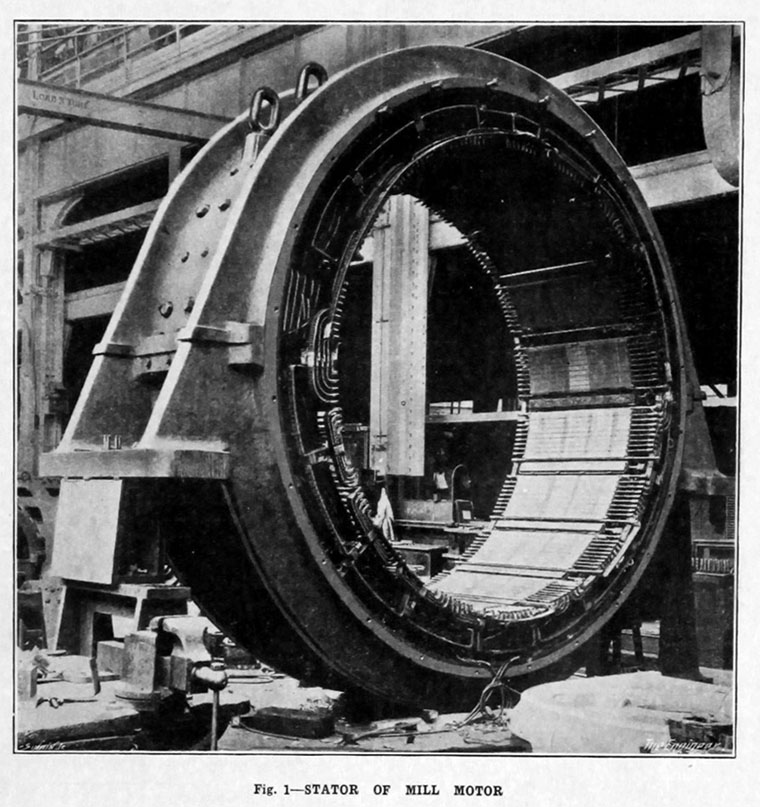 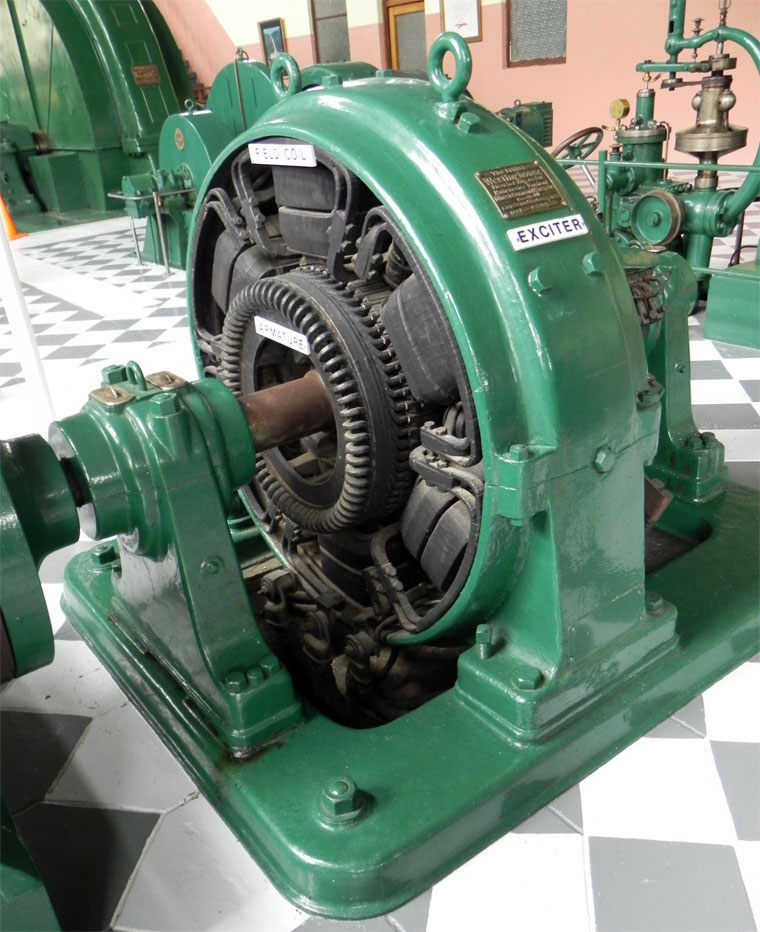 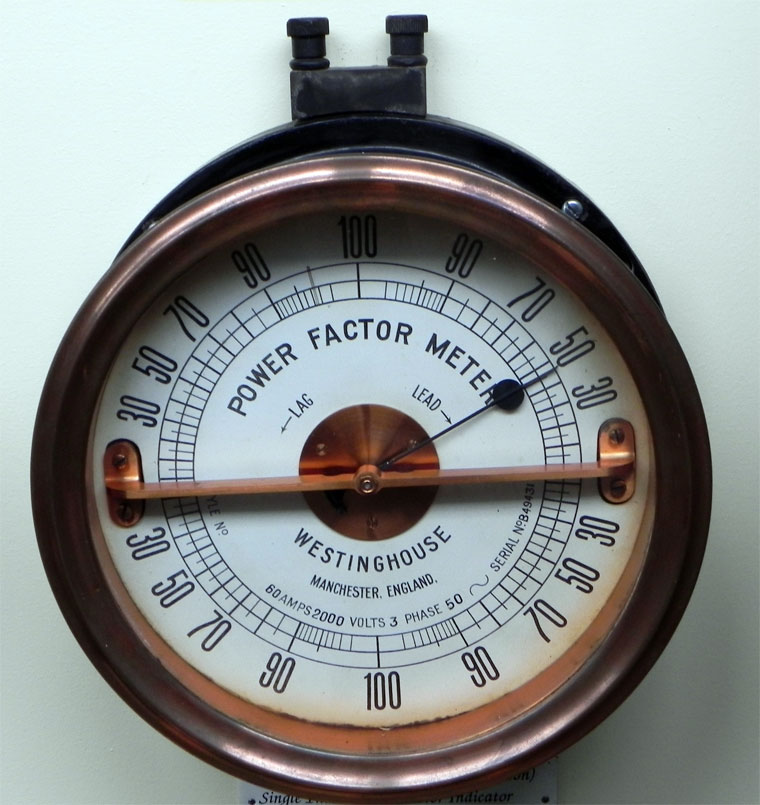 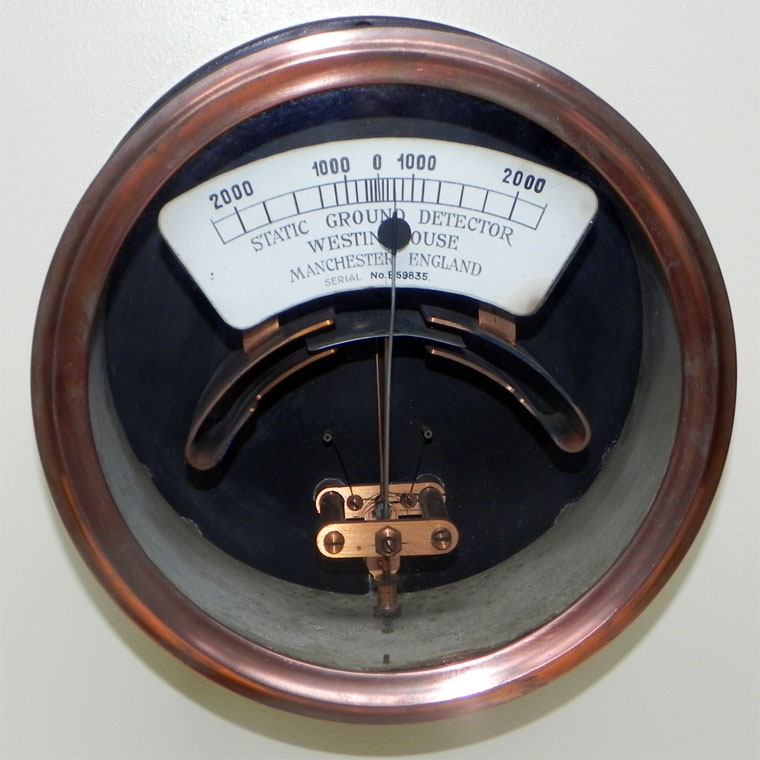 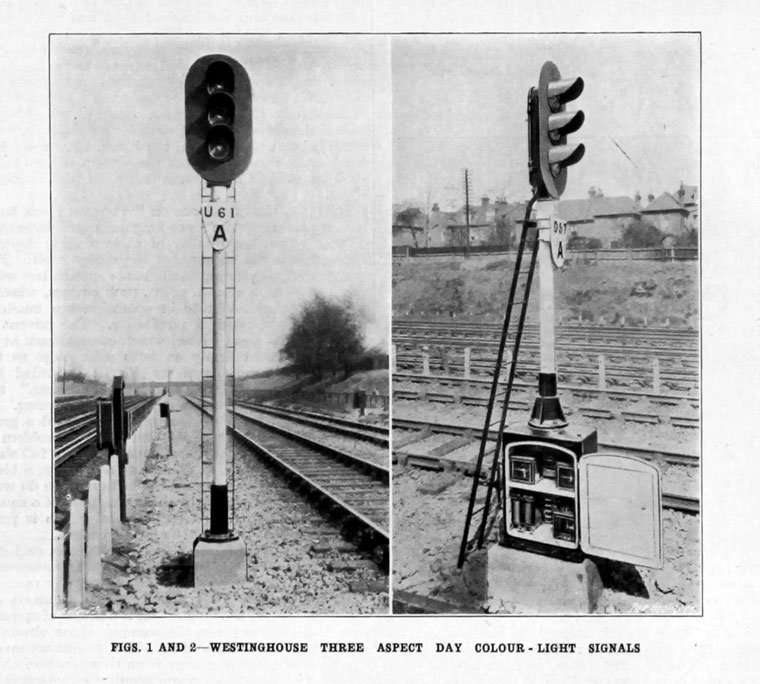 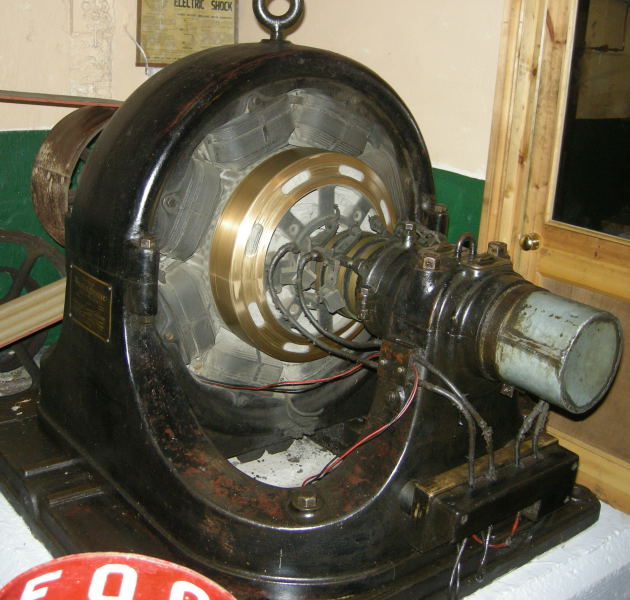 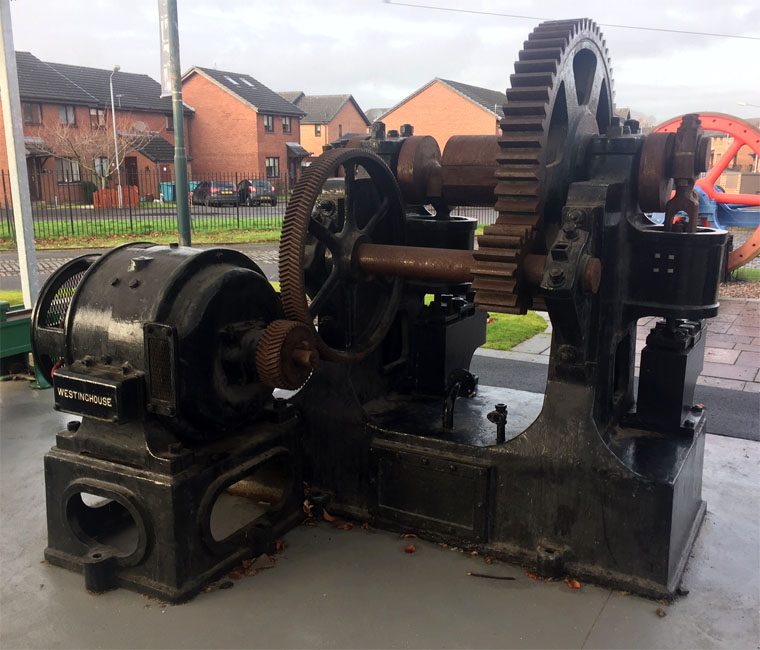 1889 George Westinghouse set up the Westinghouse Electric Co Ltd of London[1]. The London Company was an agency for selling and installing the products of the Electric and Manufacturing Company in Pittsburgh. Westinghouse transferred his patent rights for all countries outside North and South America to the new company. The company started with a staff of five in Old Broad Street, later moving to 32 Victoria Street. The products consisted of gas and steam engines and a wide range of electrical goods—generators, transformers, switchgear, meters, motors, control gear, and arc lamps.

The London Company also took over an existing contract for the Sardinia Street Power Station of the Metropolitan Electric Supply Co. Later, some important contracts were obtained for power stations such as Willesden and Bankside and for electric tramway systems.

1899 British Westinghouse was located at Trafford Park, Manchester from 10 July 1899 to 8 September 1919. George Westinghouse's ambitions for his British enterprise were to prove to be greater than was justified by the market and the large Trafford Park factory did not operate at full capacity until WWI started[5].

1900 The Power Act of 1900 allowed BTH and British Westinghouse to win new contracts to supply electric power to large areas of the country.

1900 All of the machinery supplied by the company was manufactured in America but the Trafford Park factory was under construction, although it was behind schedule[7]

1902 Manufacturing began. The competition between BTH and British Westinghouse mirrored that between the parent companies, GE and Westinghouse, in America.

1902 Description of their new works in Manchester. Nine buildings with 55 acres of covered space. [8]

1901 Contract for the Mersey Railway electrification was signed including generating station, feeders, collector rails, trains, and tunnel ventilating and pumping machinery/ Almost all of the equipment was made in America.

c.1903 Contract won for the electrification of the Metropolitan Railway, including multiple-unit trains and locomotives.

1910 This independence was reinforced when the board voted to remove George Westinghouse from his role as Chairman. American Westinghouse did retain over half the shares however.

1910 Started to manufacture steam turbines which developed into a major area of business[10].

1916 British Westinghouse felt that the American ownership of its operations during World War One had been a hindrance, so a British holding company was created to obtain the American shares.

1917 A lamp factory at Brimsdown, Middlesex, which had belonged to a German company, was taken over by the Public Trust Custodian in 1915. Two years later it was bought by the Company to make drawn-wire filament lamps under the trade name Cosmos. The Cosmos Lamp Works Ltd was formed on July 23, 1917.

1919 Vickers Ltd acquired the Metropolitan Carriage, Wagon and Finance Co and with it the British Westinghouse[16]. Vickers wished to be able to supplement their production of steel, ships, trains, and machinery with that of the associated electrical equipment. The company’s name was changed to Metropolitan-Vickers Electrical Company on September 8, 1919[17].

In 1929 Metropolitan-Vickers was merged with the British Thomson-Houston Company and the Edison Swan Electric Co and Ferguson Pailin to form Associated Electrical Industries.