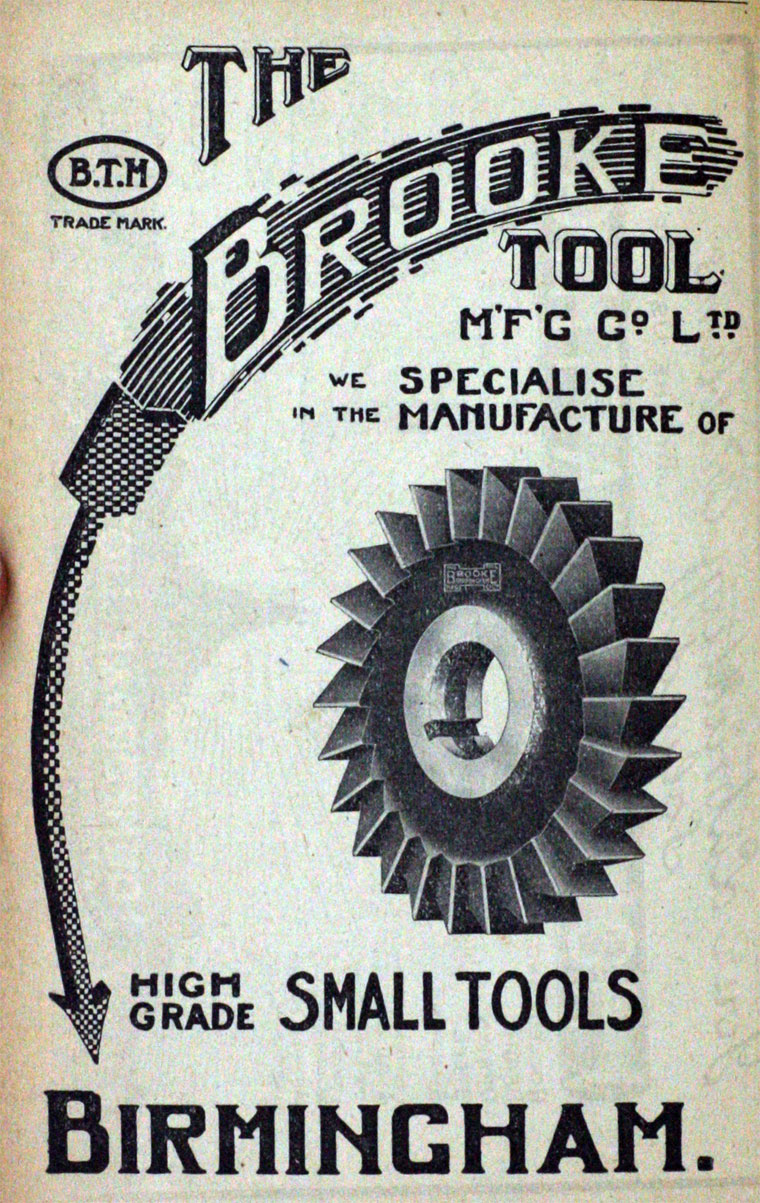 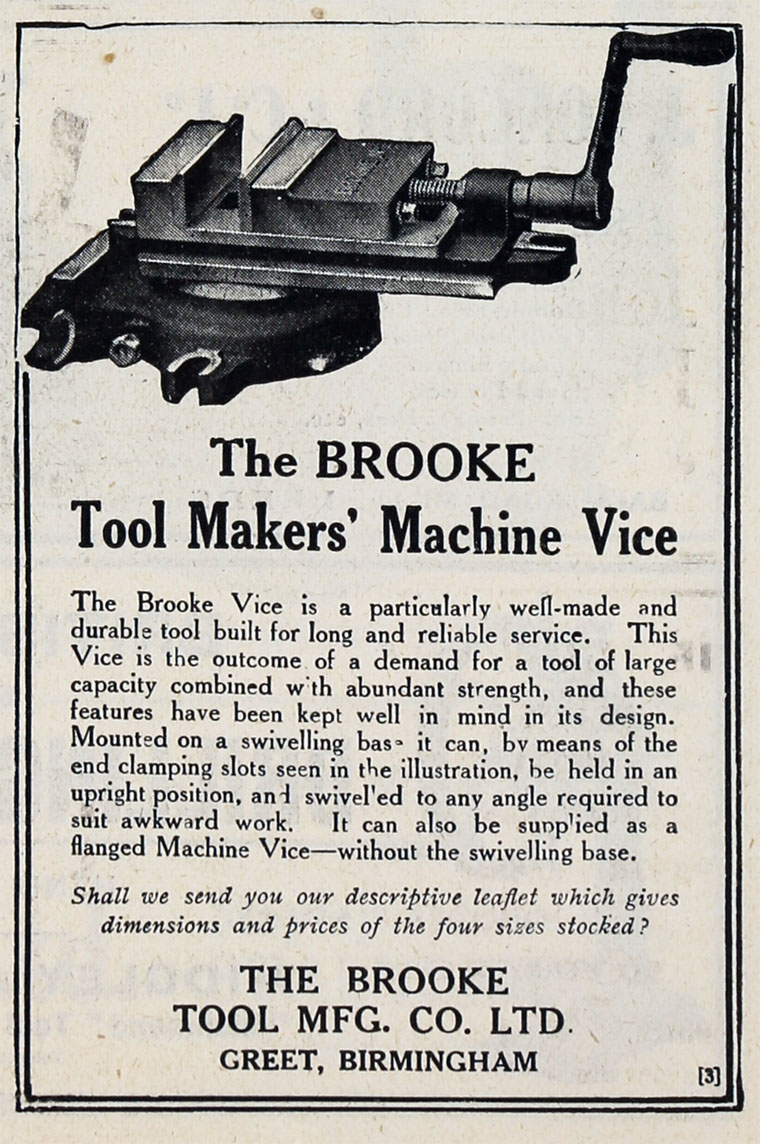 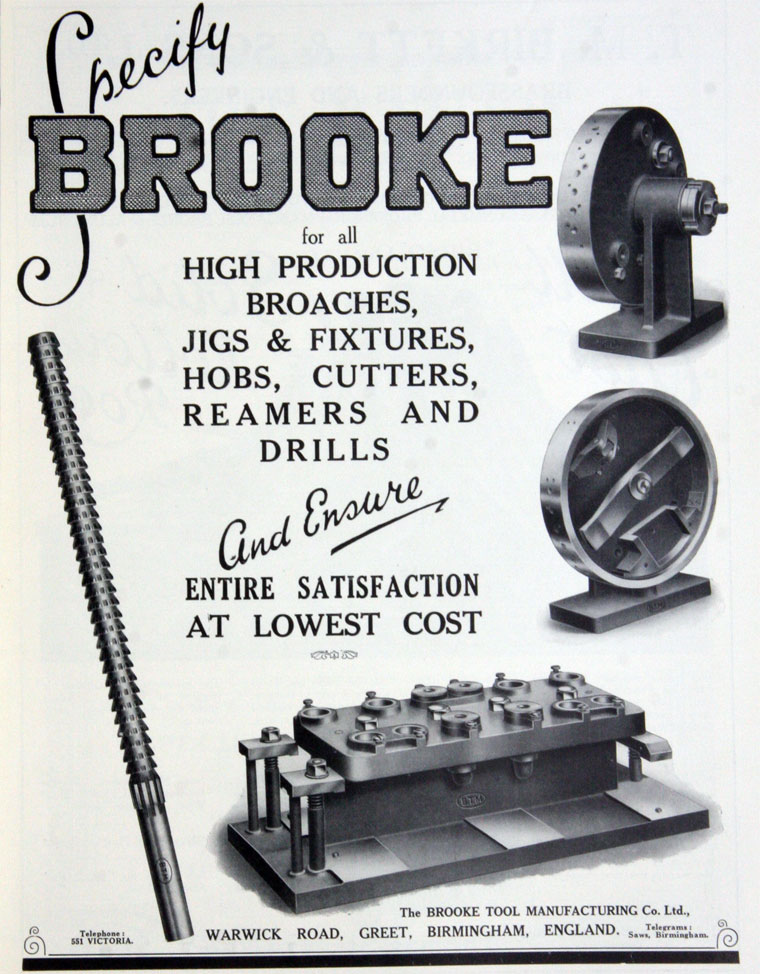 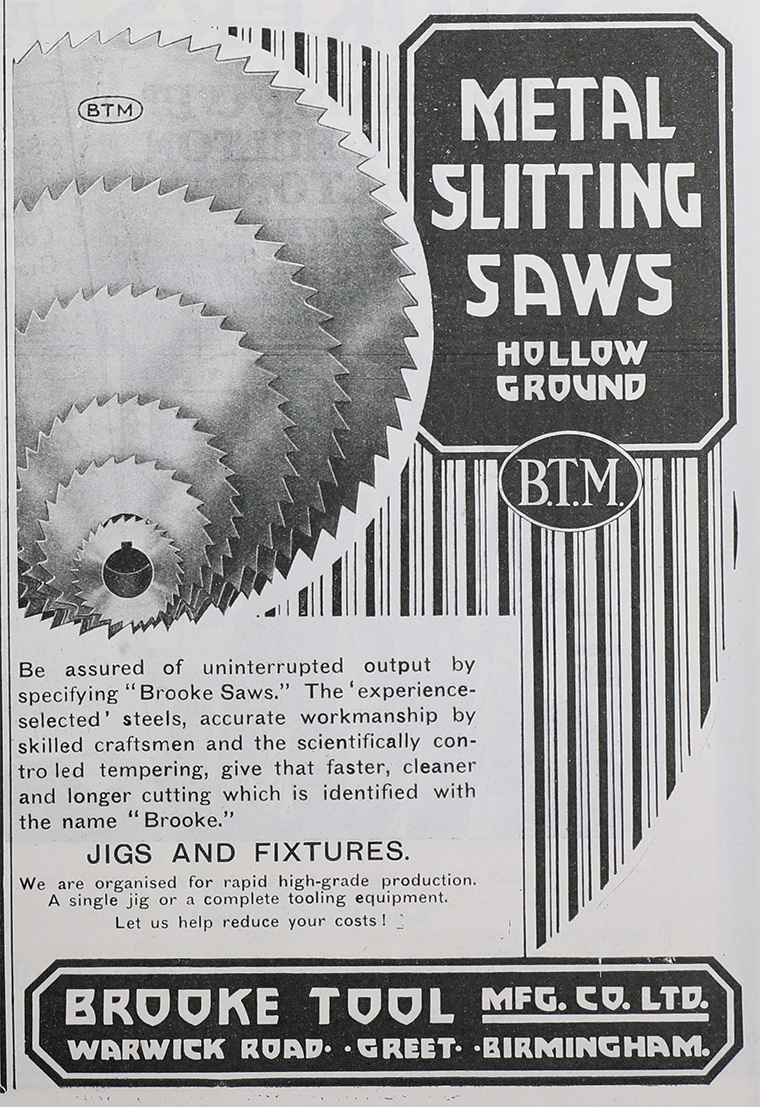 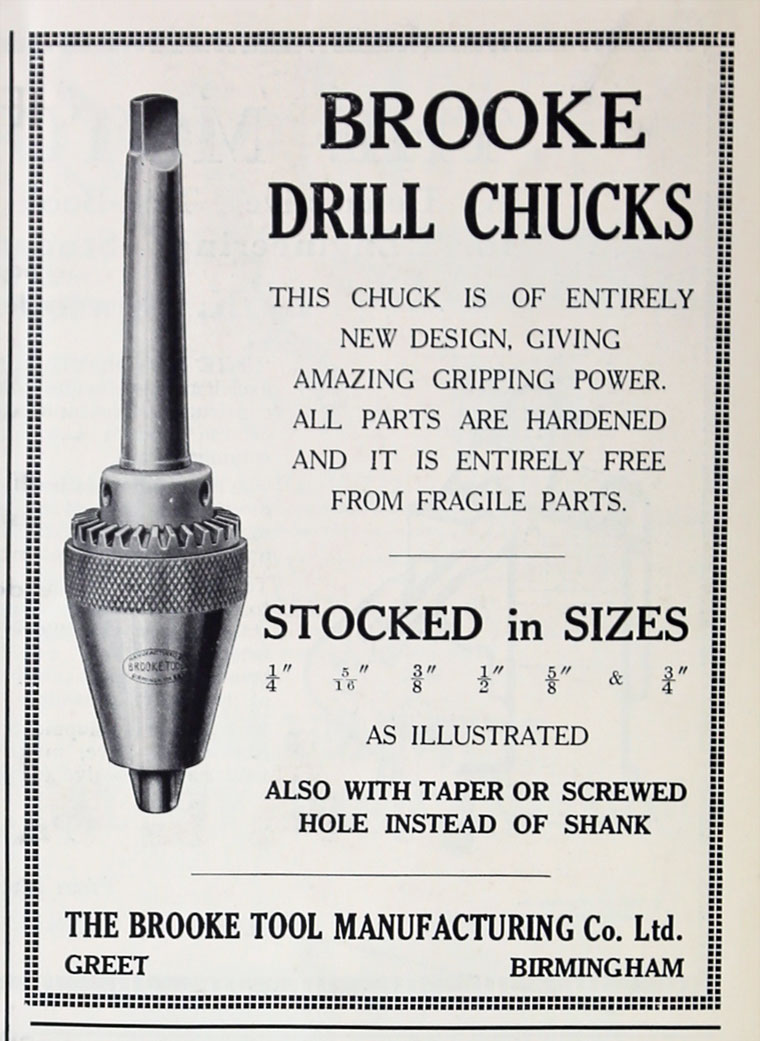 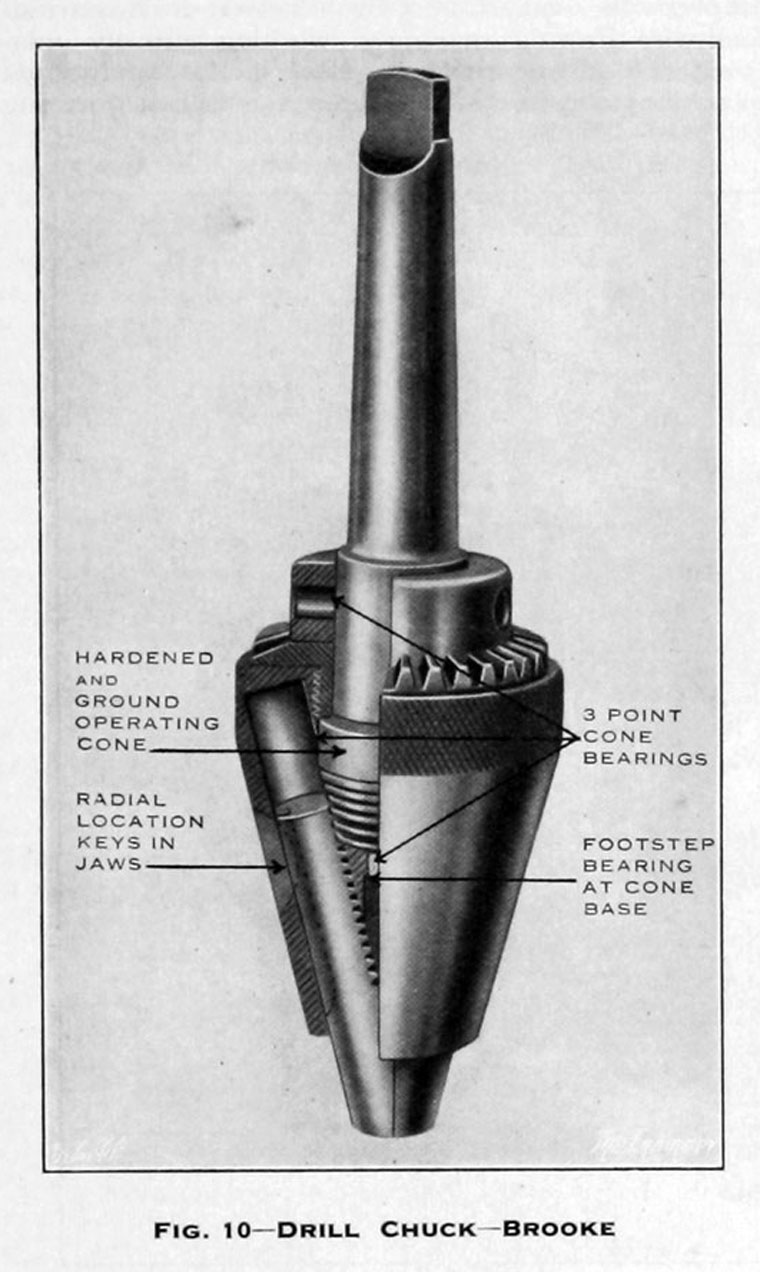 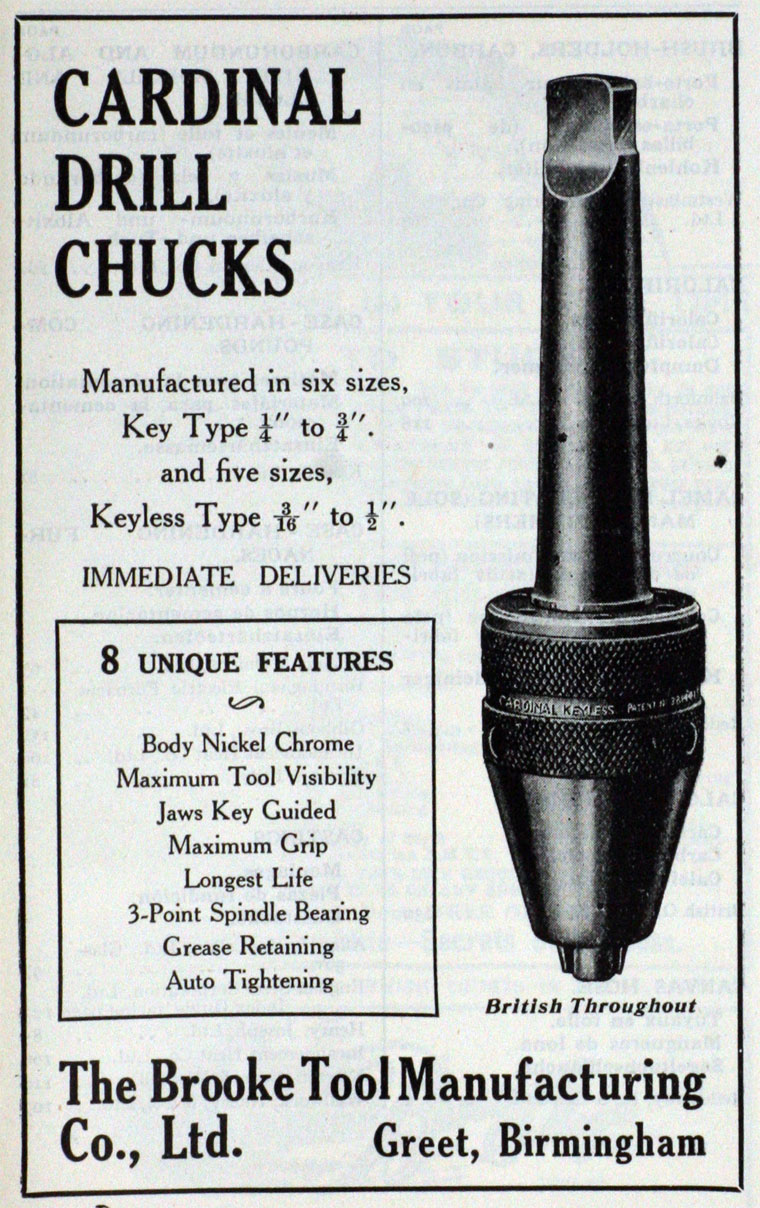 1938 Converted into a public company

1960 Reorganisation of the manufacturing activities of the company included formation of a subsidiary, Brooke Tool Automation Ltd, which took over the branch factory at Perry Barr which manufactured unit heads, special-purpose machines, and jigs and fixtures[9]

1966 February: most of the company's shares were held by Rubery Owen[12]

1966 March: The Rubery share-holding was substantial but not a majority[13]