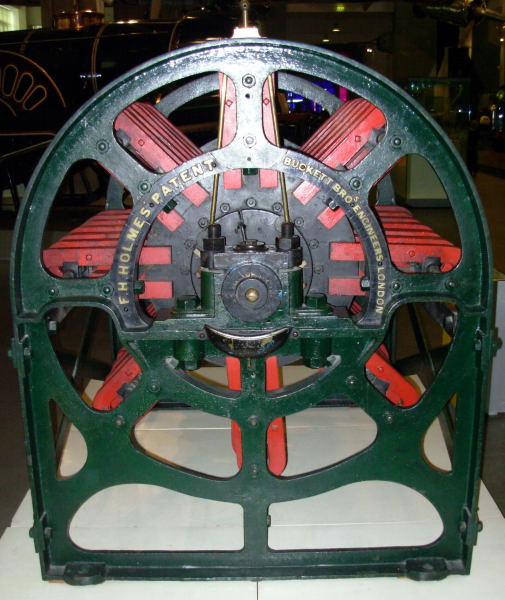 1867 Alternator from Souter Point Lighthouse on display in the London Science Museum. Made to the patent of Frederic Hale Holmes

1871 Mention. 'fog horn, all of which have been manufactured by Messrs Buckett Brothers, engineers, London'. Invented by Frederick Hale Holmes.[1]

1876 Patent. '4413. And to John Buckett and William Thomas Buckett, both of Gravel-lane, Southwark, in the county of Surrey, Engineers, for the invention of "improvements in caloric engines."'[3]

1876 'THE "CARNARVON BAY" LIGHT-SHIP.
The above vessel is the second light-ship for the hon. Trinity Board which has been fitted with the fog horn. Mr Stephen Allen, shipbuilder, has for some weeks had a number of men employed on her, painting and repairing, and constructing a house amidships for constructing the lantern. Two very handsome engines, erected by Messrs Buckett, engineers, Southwark, London, and fitted up by Mr Skelton, are on board the light-ship for the purpose of working the fog horn. There is also a very ingenious piece ot mechanism on board for revolving the light, made at the Trinity House works, and fitted up by Mr W. Stephens, who will also instruct the sailors on board the "Carnarvon Bay" in the use of the fog horn, &c., The engines were tried on Monday last, and proved satisfactory.'[4]