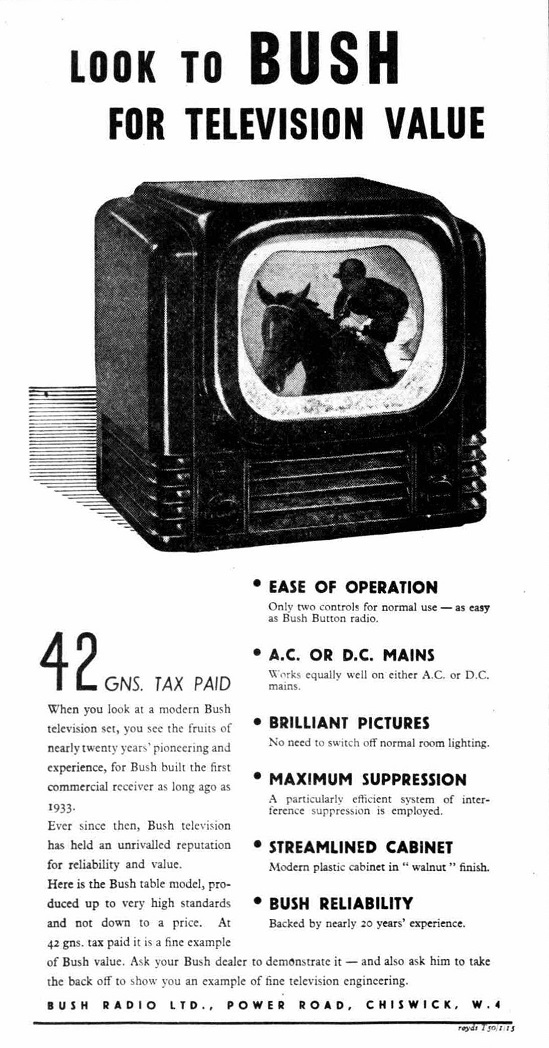 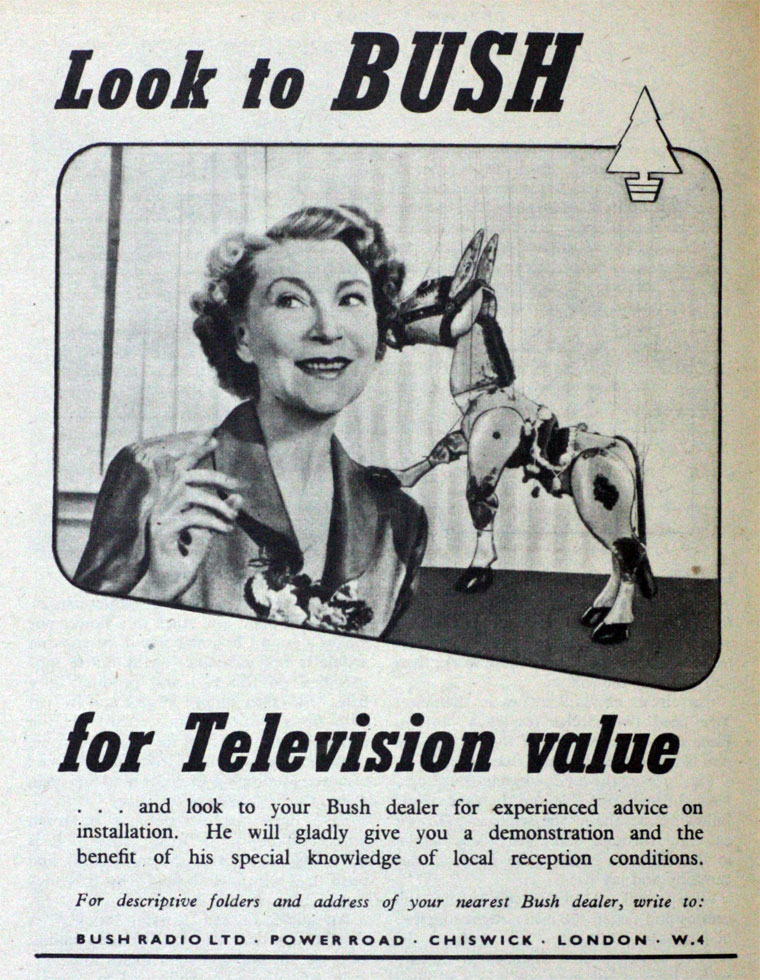 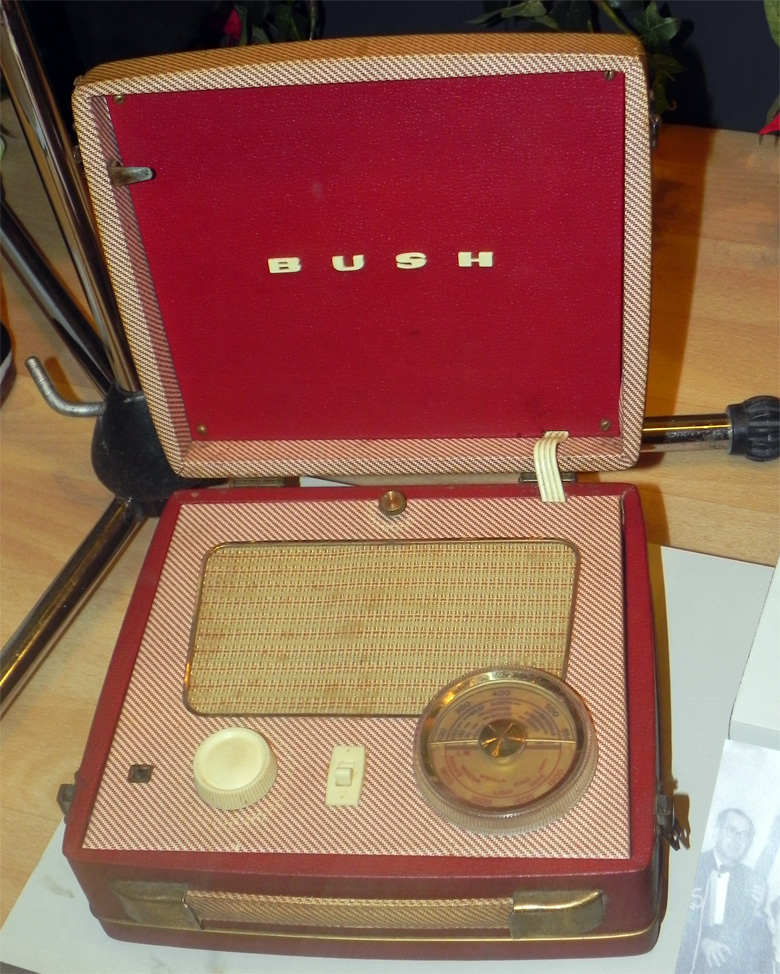 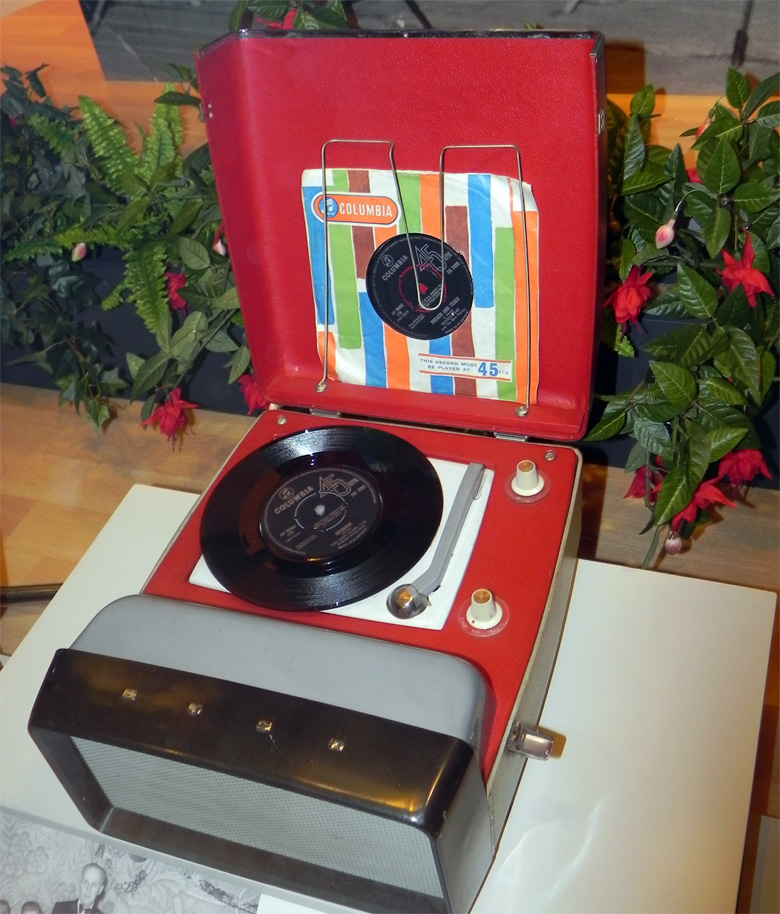 Bush Radio was a British radio manufacturing company, and one of the most famous names in early British radios and televisions.

1932 Company founded by Gilbert Darnley-Smith, who later became MD and deputy chairman. Partly owned by Gaumont British. Said to be based on the Amplion horn loudspeakers business. The brand name comes from their location in Woodger Road, Shepherd's Bush, London.

1945 Bush Radio merged with Cinema-Television Ltd, both subsidiaries of the Gaumont British Picture Corporation part of J. Arthur Rank's Odeon Theatres Ltd[4]. Bush continued to obtain valves and tubes for its sets mainly from outside sources[5].

1947 One of the companies within the J Arthur Rank Organisation that were involved in scientific research[6]. Products included domestic radios, radio-gramophones, television receivers.

1959 The Bush TR82 transistor radio, designed by Ogle Design, was regarded as an icon of early transistor radio design. The first radio to use the Ogle cabinet design was the MB60, a battery/mains valve set from 1957-59.

1962 Bush Radio was the principal subsidiary of Bush and Rank Cintel[13]; it was merged with the newly acquired Murphy Radio by Rank[14].

1963 Bush units were still being produced at Plymouth.

1980s the Bush name disappeared from the British market during the 1980s.