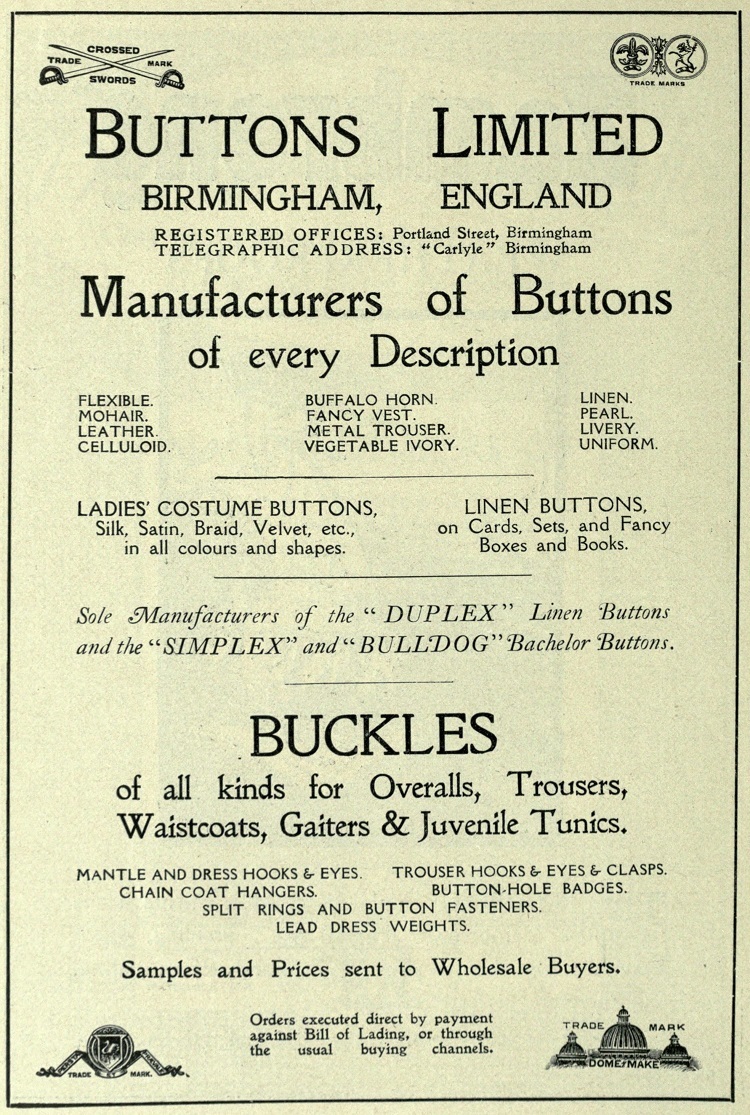 1907 The company was the combination of Thomas Carlyle, Plant, Green and Manton and Harrison and Smith to become the largest maker of buttons in Birmingham at that time.