Grace's Guide is the leading source of historical information on industry and manufacturing in Britain. This web publication contains 139,005 pages of information and 225,313 images on early companies, their products and the people who designed and built them. 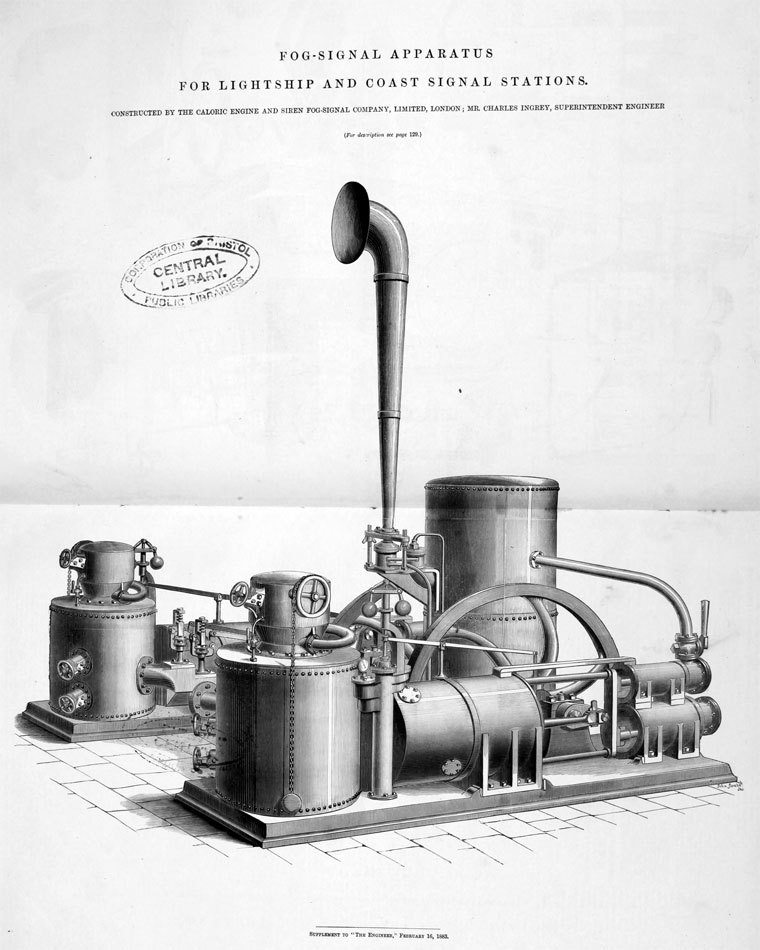 Professor Frederick Hale Holmes had a leading role in the business.

1882, March: Prospectus offering shares in The Caloric Engine and "Siren" Fog Signals Company Limited. The company would acquire the established business and works in Southwark and the patents of Frederick Hale Holmes and John Buckett.

The Pulsometer Engineering Co bought Holmes' patents and took on Charles Ingrey as their senior engineer.